University student, 19, accidentally applies for £3 maintenance loan instead of £3,000 – then gets it in three £1 instalments

A university student accidentally applied for a £3 maintenance loan instead of £3,000 – which she would be paid in three £1 instalments.

Shadna Ismail, 19, thought she’d requested the loan from Student Finance England but instead discovered she would be handed three instalments of 99p, 99p and £1.02.

The second-year biomedical science student at The University of Roehampton in southwest London said: ‘I was panicking at first thinking I’d have to get through the year with £3.

‘I’d checked the bank and it didn’t look like any money had come through so I checked my student finance account and it said I’d only applied for £3.

‘I sent a screenshot to my friend and asked if it definitely said £3 and not £3,000 and she thought it was hilarious. 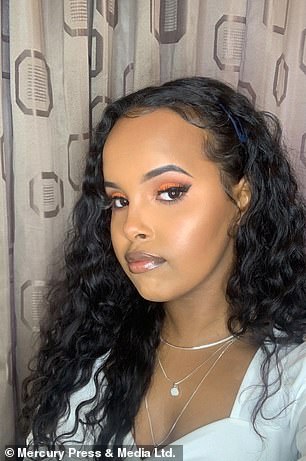 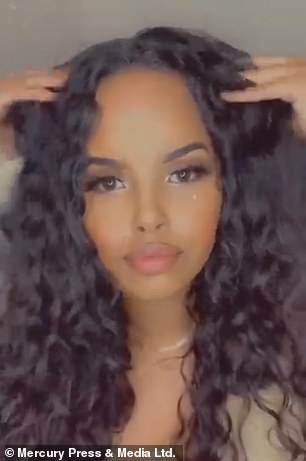 Shadna Ismail (pictured) thought she’d requested the loan from Student Finance England but instead discovered she would be handed three instalments of 99p, 99p and £1.02

‘We laughed but we were also in shock at how I could make that mistake.

‘It isn’t something I would normally do because I’m not usually that ditsy but my friends did think it was a typical Shads thing to do.’

Ms Ismail had applied for the lowest amount available because she’s living at home in Hayes, west London, about 12 miles away from the campus.

Thankfully, after contacting Student Finance England, the embarrassing mistake was rectified, and she was given her full £3,000.

‘Me and my family just panicked wondering how I’d be able to survive but once I got in touch with them, they said they’d correct it which is a relief,’ she said.

Ms Ismail shared her error on Twitter and the post racked up over 5,000 retweets and almost 70,000 likes.

She said: ‘I never expected it to go so viral. 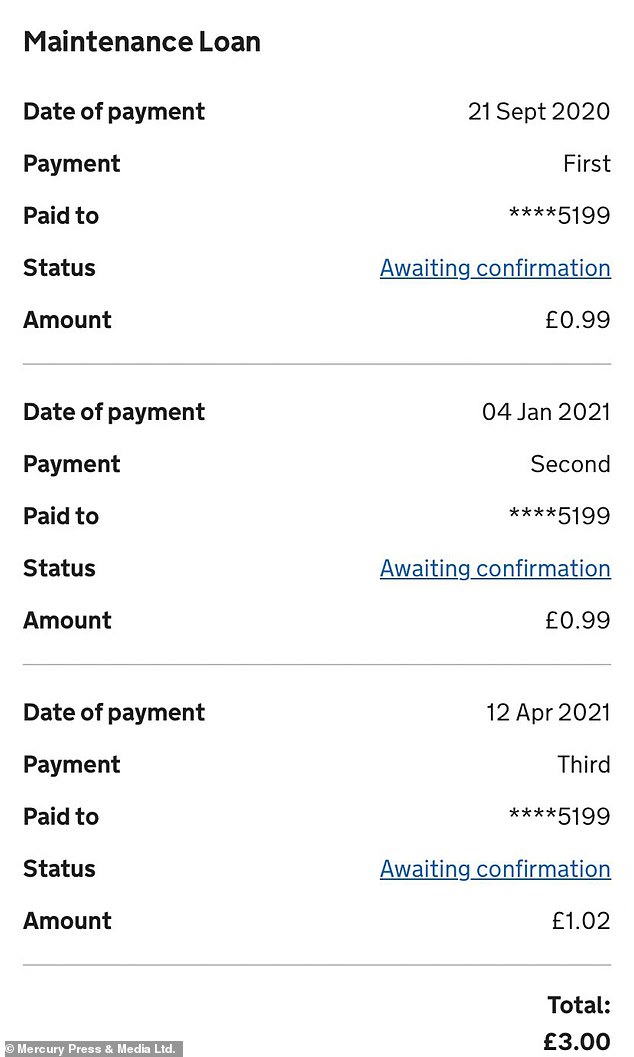 Ms Ismail had applied for the lowest amount available because she’s living at home in Hayes, west London, about 12 miles away from the campus

‘I only posted it for friends and family but everyone seems to think it’s hilarious.’

A spokeswoman for the Student Loans Company said: ‘We appreciate that there is a lot for students to think about as they return to study at this time and, of course, it’s easy for them to make a mistake.

‘We process almost two million applications per year, many of which are processed automatically and the Student Loans Company can only award funding based on the information provided by the applicant.

‘If we are made aware of a student error, we try and resolve it for them quickly. We encourage all students to complete their applications carefully, read their entitlement letters carefully, and get in touch with us if there is anything that doesn’t seem right.’