A MUM-to-be was left terrified by her pregnancy scan as it looked like she was growing a devil baby inside her.

Iyanna Carrington was at her 24-week gender scan when the midwife showed her the  baby's “beautiful” face – before revealing she was a girl. 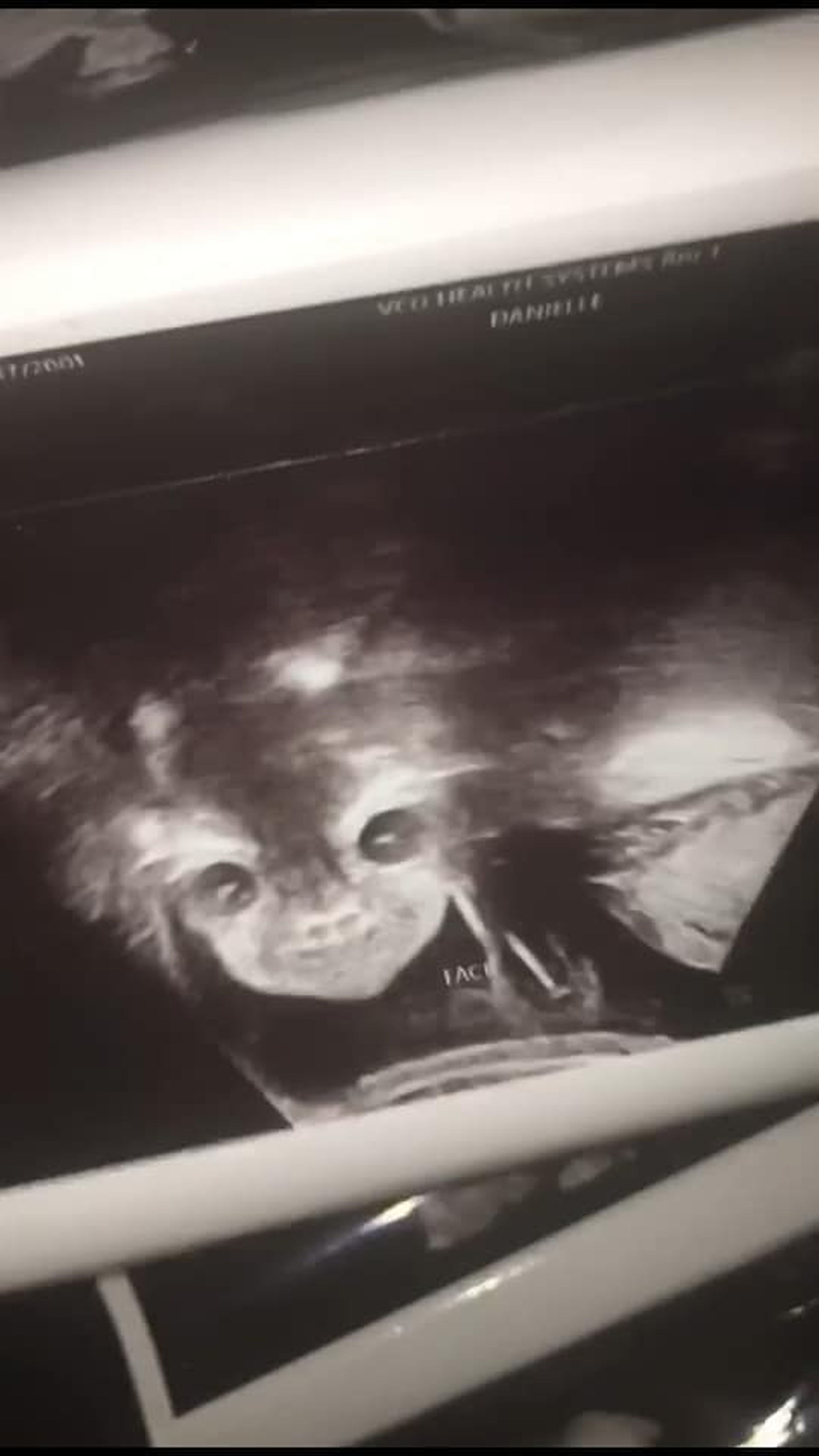 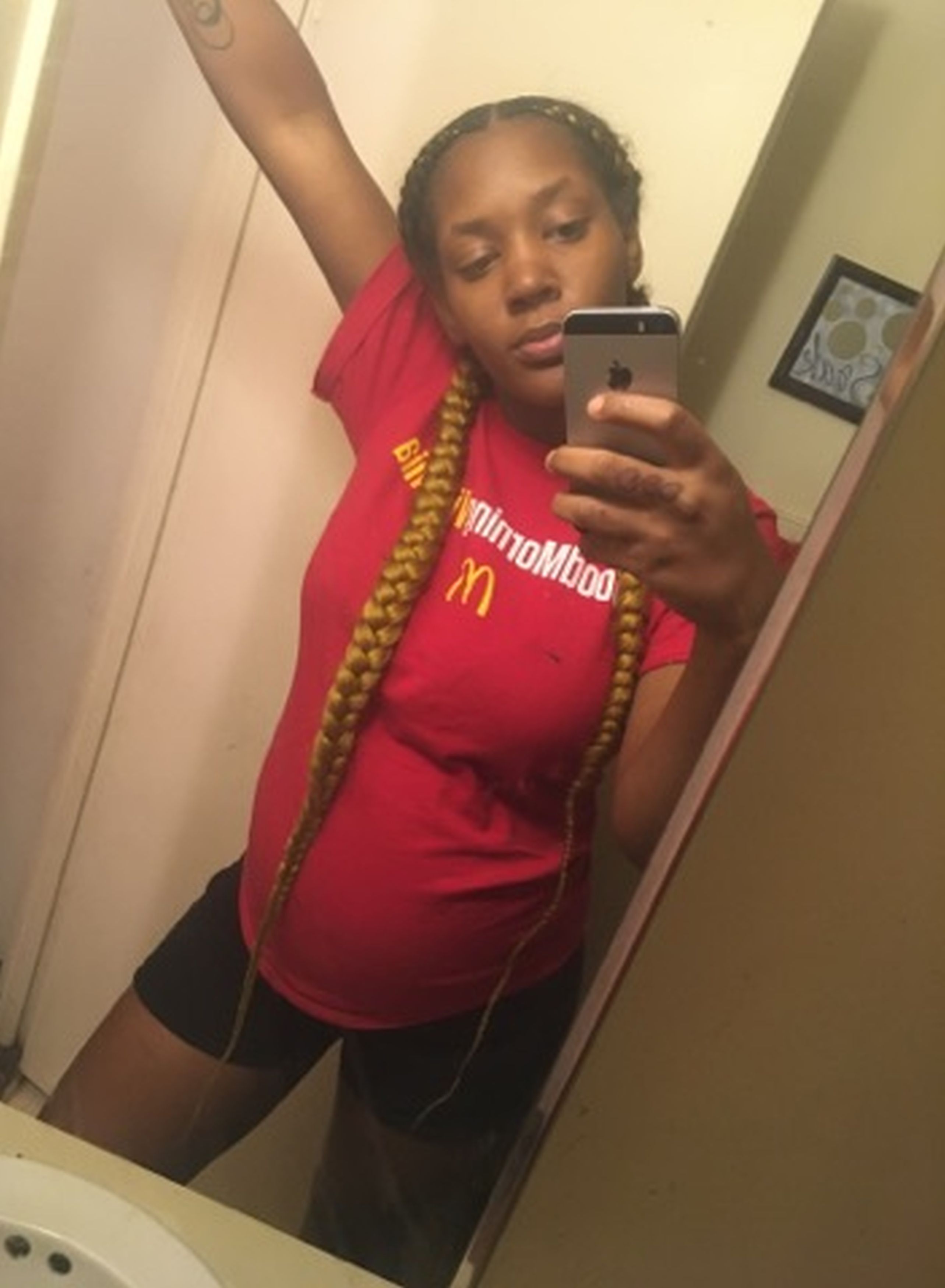 But when she rolled the doppler over Iyanna's bump a second time to give her one last look, her baby flashed a satanic smile through the screen.

But the 17-year-old celebrated with the baby's dad, Raleek, after the midwife confirmed the shocking 'demon'-like face was perfectly normal and did not mean she was carrying an infernal infant.

The mum-to-be shared the unusual scan on social media where she joked that her baby was a “f***king creep” but admitted she “loved the devil baby so much already”.

Iyanna, from Richmond, in Virginia, US, said: "I'd never seen anything like it. I was going to see whether she was a boy or girl.

"I love this devil baby so much already.

"They showed her face and she looked normal, then the nurse confirmed she was girl, but I knew that deep down already.

"Then they put it back on her face and she was just looking right at me like that.

"I said 'she looks like a ghost' in the doctor's office and the doctor said 'yeah, that's very [normal]'. She looked a bit crazy.

"Most babies hide from the camera. She looked towards straight at me and she scared me a bit because the room was dark.

"I don't know why she looked like that. Some people from the internet thought she was fake, but that's my real life baby there.

"The dad was there too. He was shocked by the news that she was a girl, because he has two sons and he thought it would going to be another boy.

"We were just laughing at the scan. You can see her little nose on [the other image]. You can tell she's beautiful really." 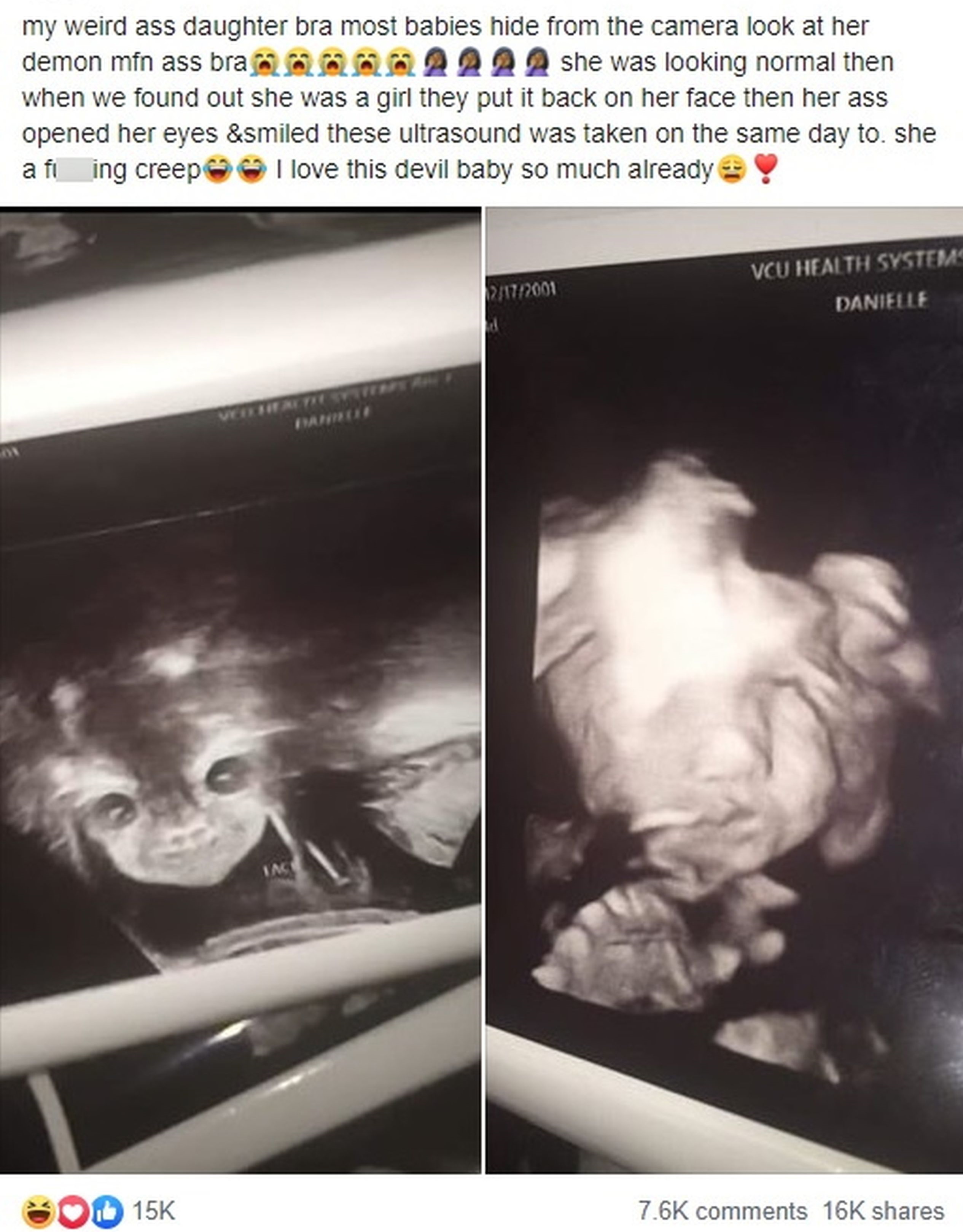