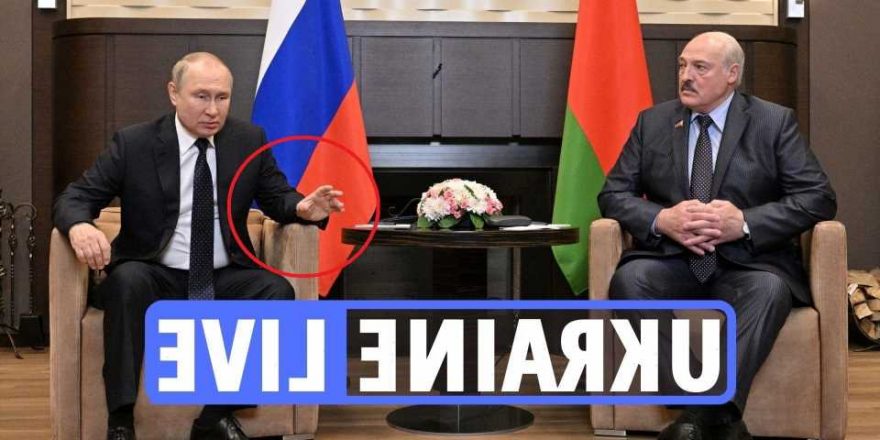 VLADIMIR Putin appeared twitchy and hunched in new footage as rumours continue to swirl around his health.

The footage shows Putin having a meeting with his close ally Belarusian dictator Alexander Lukashenko.

Russia's mad tyrant was seated in a chair and once again appeared to looking uncomfortable.

He was awkwardly perched on his chair and sat hunched forward in front of the cameras during the meeting in Sochi.

His left foot looks to continuously move as he unnaturally pivots on his heel three times in less than one minute.

The dictator also rubs his fingers together as his hands appear to twitch – flexing them and forcing his thumb into his palm.

Vlad occasionally appears to grimace and gasp back his breaths – only further raising rumours and speculation about his health.