A DONALD Trump spokesman slammed Chris Cuomo on live TV for being a Covid hypocrite in a heated exchange. 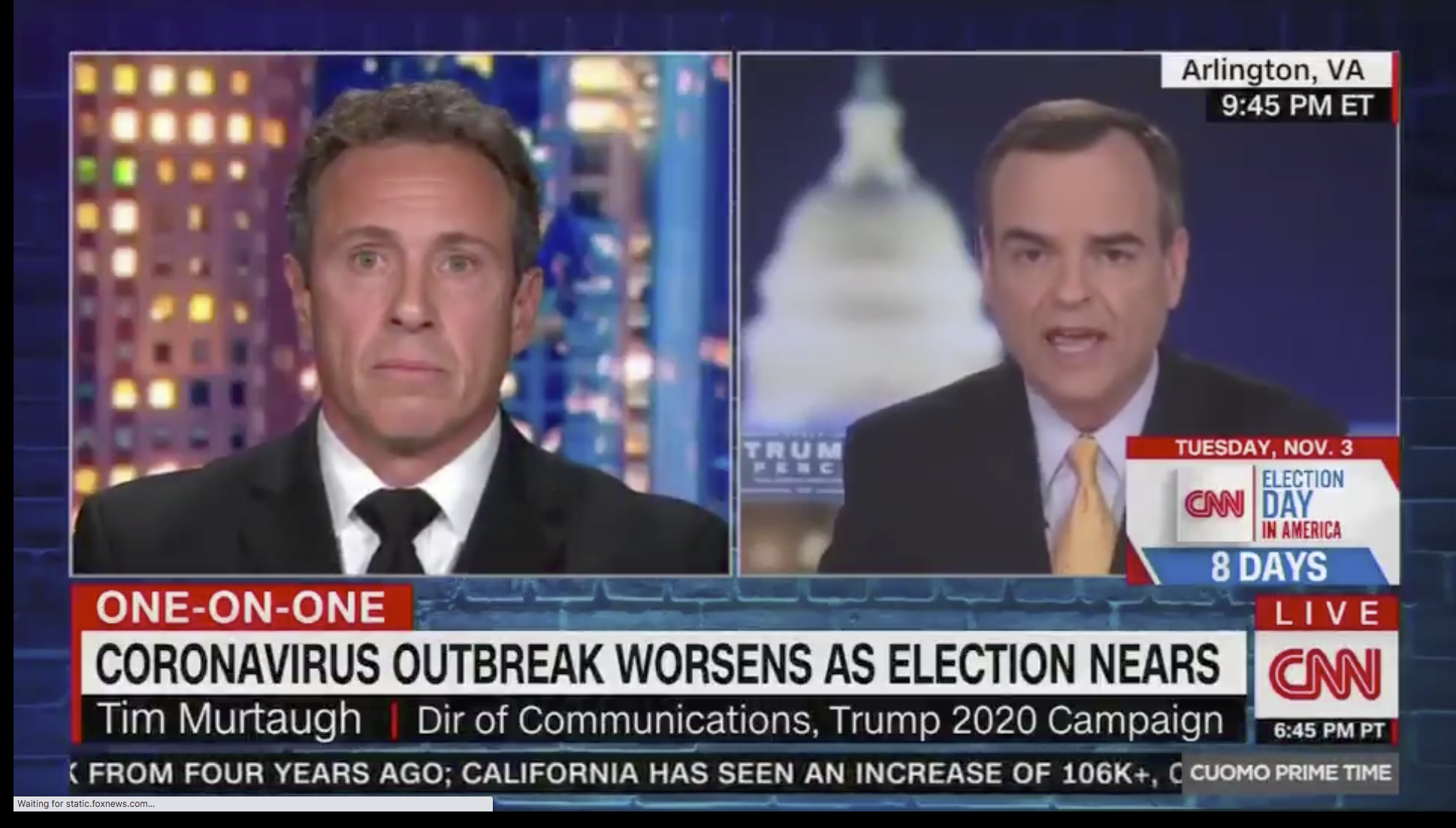 The interview kicked off by Cuomo confronting the spokesman for the rise in Covid cases in the United States.

Murtaugh hit back that Trump has been tackling the virus "head-on," leading Cuomo to list opponent Joe Biden's plans.

The spokesman then slammed the anchor's brother, New York Governor Andrew Cuomo, for his handling of the pandemic.

He claimed that the governor credited Trump's administration for providing his state with "everything they needed," which Cuomo denied. 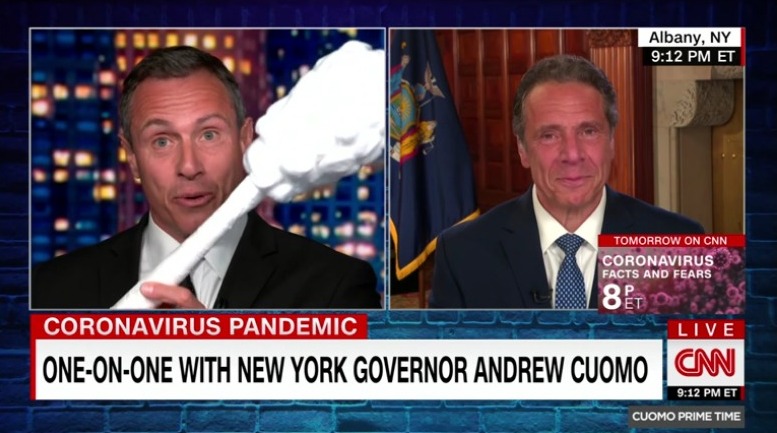 "No. He said, 'I went to the federal government. They helped me with things. They did not help with everything. They're still not helping,'" Cuomo hit back.

Murtaugh then accused Cuomo of asking "self-righteous questions and talking about people taking it seriously."

"Does this look like a couple of guys who were taking it seriously?" Murtaugh asked, holding a printed screenshot of the Cuomo brothers' infamous Q-Tip exchange back in May.

"You had your brother on for the Cuomo Brothers Comedy Hour, joking about the size of the Q-Tip that you would need for his nose to take the test." 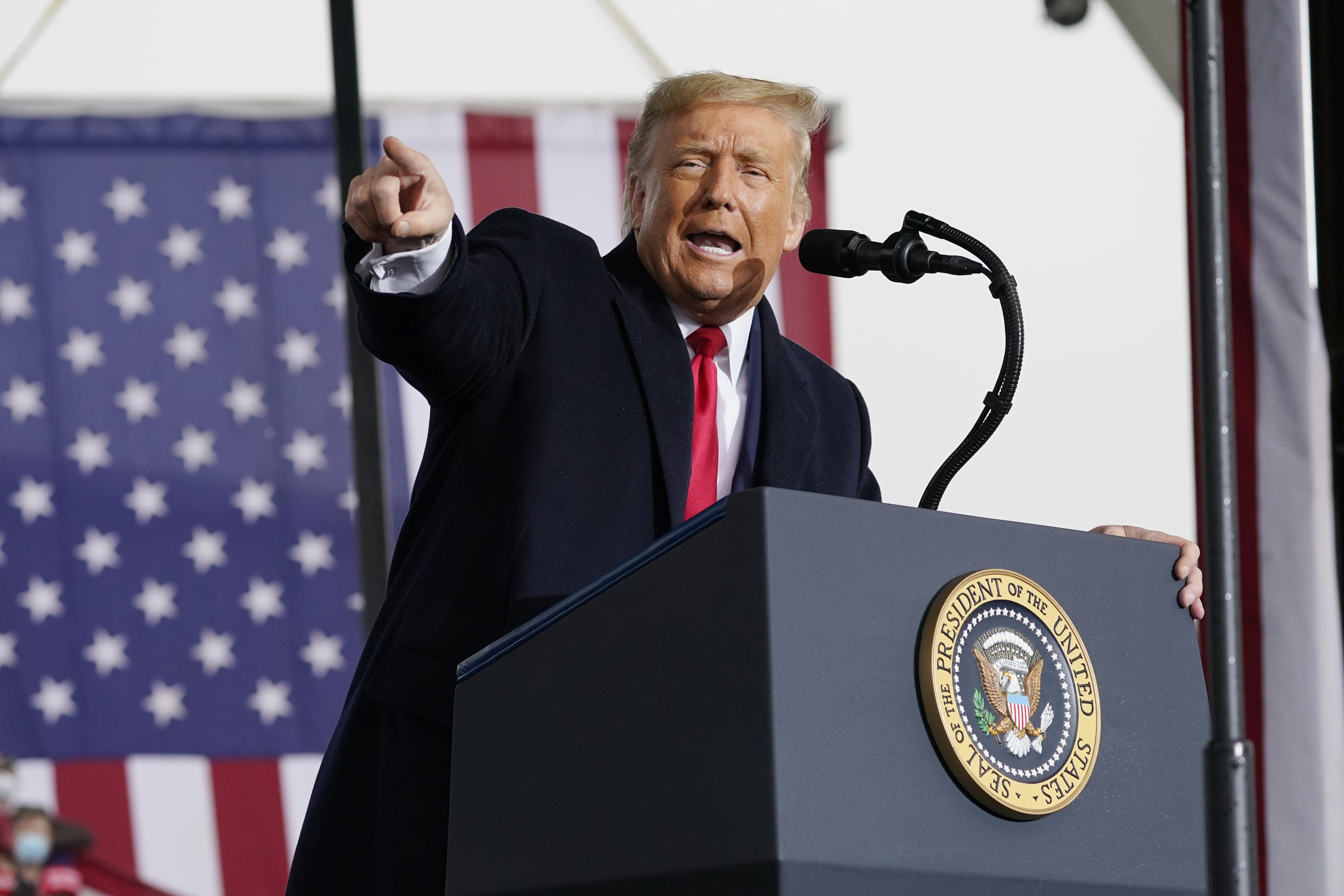 "Yeah, I did. It was funny as hell," Cuomo defended. "Now, you took your swing. It missed. So now let's discuss. Is that all you got?

"That my brother didn't take Covid seriously? Are you kidding yourself? That I made fun with him at a time of such acute distress?" he fumed.

Cuomo then continued to defend his brother's handling of the pandemic, while Murtaugh slammed the news network for using the virus as a "political weapon," which the anchor denied.

"This is not an interview, Chris. This is a lecture," Murtaugh slammed.

"I'm not trying to lecture. I'm trying to rebut what you put out there," Cuomo fired. "You're the one who lectured me with the picture of my brother and I, which was very funny, a time when our country was hurting."

"I didn't think it was that funny," Murtaugh said.

"Oh, I don't know if you're a good judge of humor because you think what the president is saying at these rallies is funny," Cuomo hit back.