President Trump claimed that he may be “immune” to coronavirus after he returned to the White House last night.

The remark was made in a pre-recorded clip that was filmed shortly after the President was discharged from Walter Reed Medical Center on Monday evening. 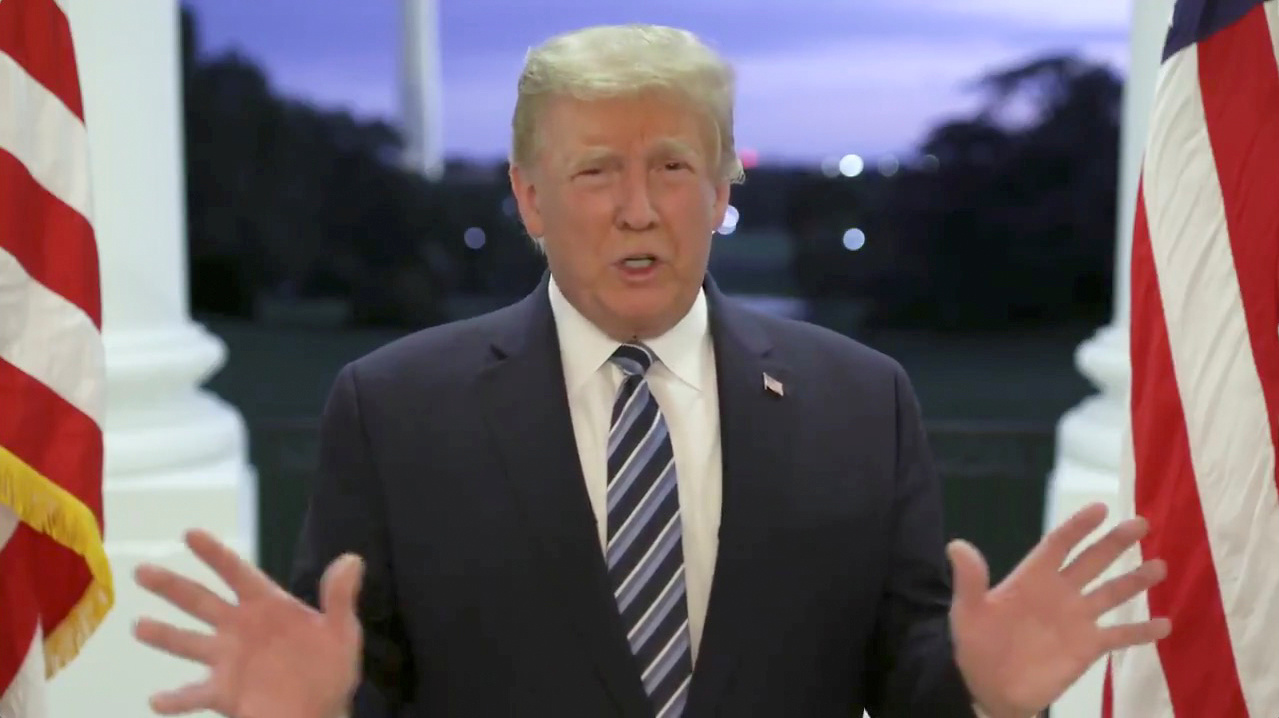 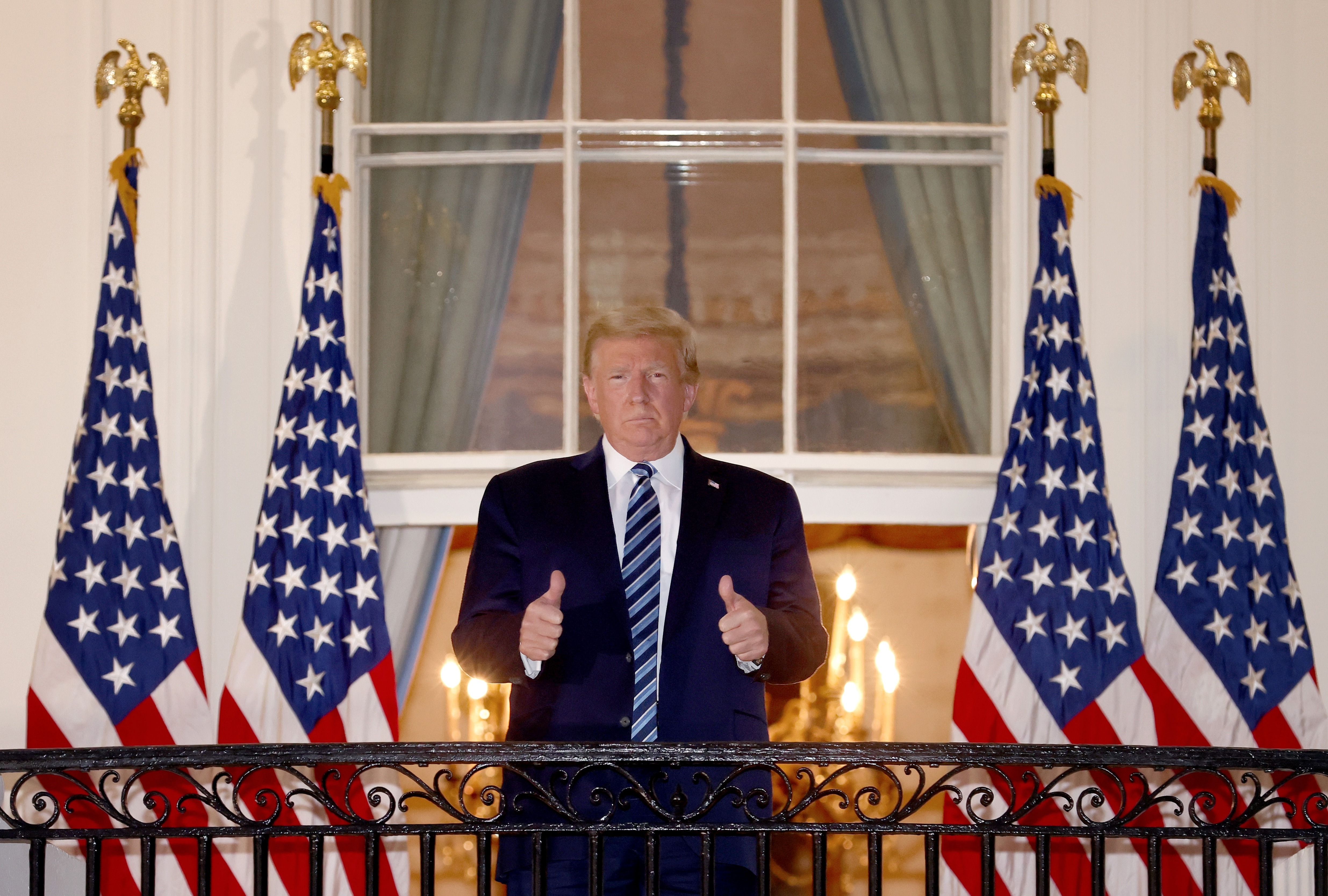 Two videos showing Trump’s dramatic return to the White House were released last night with one showing his journey home from hospital in a helicopter with sweeping orchestral music.

The other was footage of him speaking on a balcony surrounded by U.S flags, telling Americans to “get out there” and “don’t be afraid” of the virus.

"We're going back to work, we're going to be out front,” he said.

“As your leader I had to do that. I knew there's danger to it but I had to do it. I stood out front. I led.

“Nobody that's a leader would not do what I did. I know there is a risk, there is a danger, but that's ok. Now I'm better and maybe I'm immune, I don't know."

The President, having received treatment for the virus, could have developed some immunity however Trump's doctor Dr. Sean Conley said that he "may not be entirely out of the woods yet."

"He's back," Dr. Conley said of the president's progress, adding that he had been a "phenomenal patient".

Meanwhile, Trump’s Press Secretary Kayleigh praised Trump for showing Americans that the U.S will overcome coronavirus after she tested positive.

Speaking out for the first time since her diagnosis, McEnany told Fox News’ Sean Hannity that she was “feeling great” and suffered “no symptoms” of the virus.

“You know I'm very blessed to have a mild case or really just an asymptomatic case,” she said during the televised interview.

The White House press secretary added how pleased she was to see the President feeling better after he entered hospital last week.

"Watching him on that balcony just showing that we will overcome, America will overcome, just as he is overcoming this illness was a really nice moment for our country to see."

While his staff send well wishes to the President, Joe Biden has been calling out Trump for taking off his mask after his return to the White House last night.

The Democratic presidential nominee was speaking at a town hall in the battleground state of Florida just minutes after Trump made his triumphant return to the White House.

"Anybody who contracts the virus by essentially saying: 'Masks don't matter, social distancing doesn't matter,' I think [he] is responsible for what happens to them," Mr Biden said.

The 77-year-old former Vice President, again, lobbied for nationwide mandatory mask wearing and criticized those who refused to wear a face covering.

"What is this macho thing, I'm not going to wear a mask? What's the deal here? Big deal, does it hurt you? Be patriotic for God's sake! Take careful of yourself, but take care of your neighbors," he told undecided voters in Miami last night.

However, despite Trump's recent hospital stint, the President's communications director says he wants to take on Joe Biden in another debate in nine days time.

The president assured supporters he will be back campaigning before he was discharged from hospital Walter Reed Medical Center, where he was receiving treatment for coronavirus.

His campaign has launched a fresh strategy to  help beat his Democratic rival in the polls, acknowledging that Trump now has an edge over Biden – an experience with the deadly virus.

She added that Joe Biden does not have “those firsthand experiences”.

In the U.S more than 210,000 people have died from Covid-19 while a total of 7.5million people have been infected. 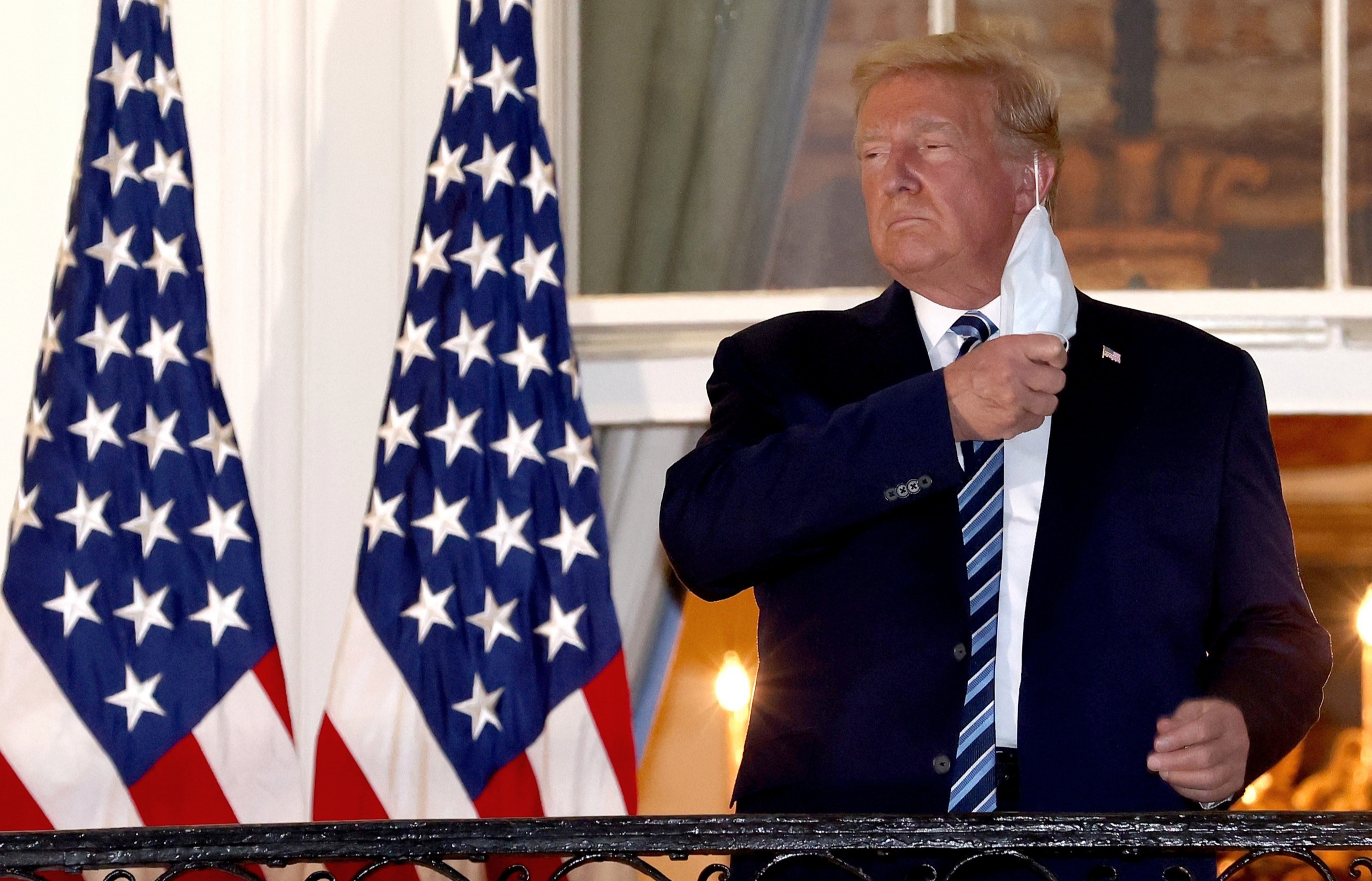