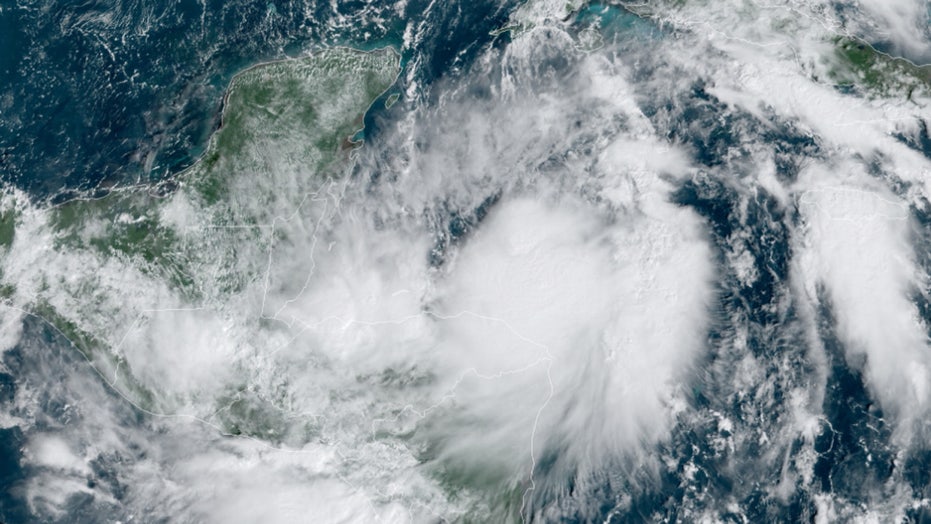 Adam Klotz has your FoxCast.

The latest tropical storm during a record-breaking 2020 Atlantic hurricane season formed Sunday morning and may present a threat to the U.S. Gulf Coast later this week.

"While you were sleeping, Tropical Storm #Zeta developed over the western Caribbean, becoming the 27th named storm of the 2020 Atlantic Hurricane season," the National Weather Service (NWS) tweeted.

The formation of Zeta means so far this year's Atlantic hurricane season is close to tying the all-time record of 28 set back in 2005.

As of 11 a.m. EDT, the NHC said that Zeta is located about 290 miles south-southeast of the western tip of Cuba and 275 miles southeast of Cozumel, Mexico.

The storm has maximum sustained winds of 40 mph and is stationary over the western Caribbean. 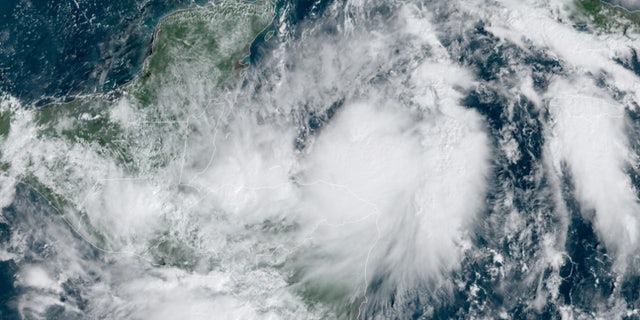 "Tropical Storm Zeta now spinning off the coast of Mexico," Fox News meteorologist Adam Klotz said on "Fox & Friends Weekend." "We're still going to see possibly another hurricane as we're still moving through hurricane season, even though we're getting closer and closer to winter-like temperatures across the middle of the country."

According to the NHC, the storm is forecast to make a northwestern turn by late Sunday and increase in forward speed.

The storm is forecast to move near or over the northern Yucatan Peninsula of Mexico late Monday before reaching the Gulf of Mexico. A hurricane watch has been issued for areas of the Yucatan.

"This is going to run up into the Gulf of Mexico, the water still warm, climbing up to a Category 1 hurricane," Klotz said Sunday.

Gradual strengthening is expected, and Zeta is forecast to become a hurricane by late Monday or early Tuesday. The storm is also expected to pick up speed, with impacts possibly reaching the central Gulf Coast by midweek.

"By Wednesday, heavy rainfall associated with Zeta will begin to affect the central Gulf Coast region, which may lead to flash flooding in urban areas," the NHC said.

Current forecast models show that Zeta is forecast to approach the northern Gulf Coast as a tropical storm Tuesday night and Wednesday. The storm could bring storm surge, rainfall, and wind impacts from Louisiana to the Florida Panhandle.

"You're seeing a lot of these (models) running up to an area that's just been battered, Louisiana stretching up to the Florida Panhandle," Klotz said.

Residents in these areas are advised to monitor the forecast on the progress of Zeta.

Zeta represents a record for the earliest 27th named storm, beating out Nov. 29 in 2005, according to Colorado State University hurricane researcher Phil Klotzbach.

There is just over one month left in the 2020 Atlantic hurricane season, which ends Nov. 30, but this season has broken numerous records as forecasters in September ran out of traditional names and went to the Greek alphabet for storms Alpha and Beta. 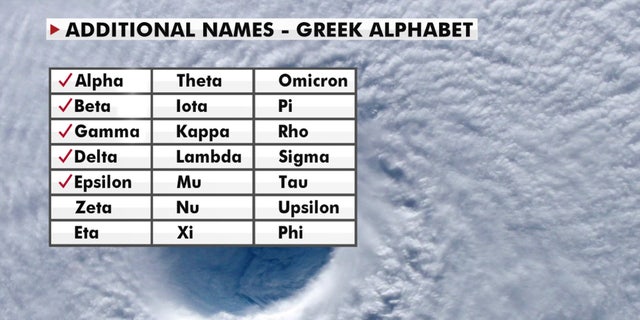 A look at the Greek alphabet names that are being used for the 2020 Atlantic hurricane season, after the hurricane center ran out of official names due to the number of storms.
(Fox News)