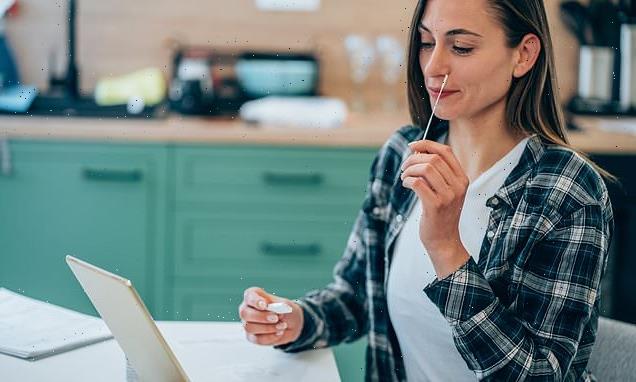 Travel chiefs last night called on ministers to speed up the replacement for Covid PCR tests after scrapping the hated traffic light system.

They pressed for all Covid testing to end for fully vaccinated Britons as the branding of countries as red, amber or green depending on coronavirus risk was axed.

Under yesterday’s Government shake-up, double-jabbed travellers are still required to take tests after returning to England.

As it stands, this has to be a costly PCR test by day two. The ‘gold standard’ swabs can cost more £100, adding huge costs to a family holiday.

But the PCR requirement will be replaced with a cheaper rapid lateral flow test later this month, potentially saving families hundreds of pounds.

Ministers are yet to set a date for the change, but there is speculation among travel industry leaders it will be around October 25. 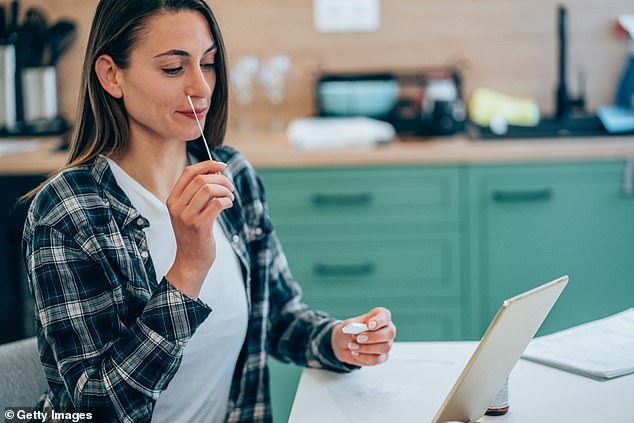 Double-jabbed travellers are still required to take a costly PCR test after returning to England. But the PCR requirement will be replaced with a cheaper rapid lateral flow test later this month, potentially saving families hundreds of pounds [Stock image]

‘But ultimately UK consumers have for too long been held back by unnecessary and expensive travel testing whereas across Europe testing has not been required for the vaccinated since July 1.’

‘However, with fewer than 1 per cent of travellers returning from low-risk countries testing positive for coronavirus, we urge ministers to scrap all testing for fully vaccinated travellers as soon as possible.’

Under the new system, all people returning from red list countries must still quarantine in hotels for 11 nights at a cost of £2,285. For the double-jabbed, pre-return tests which had to be taken within 72 hours of returning to England were ditched.

The traffic light system is being replaced with a ‘no-go’ red list and ‘rest of the world’ green list. It comes as the current red list of 54 countries is set to be slashed to as little as nine. An announcement will be made in the coming days.

Meanwhile, holiday firms said bookings to hotspots had trebled on summer levels, with sunshine breaks over the October half-term seeing the biggest rise.