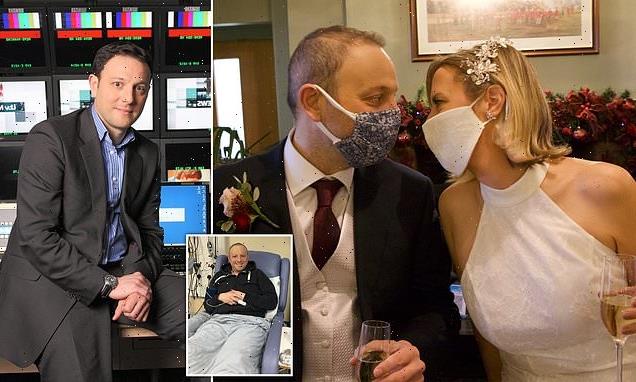 Tragedy as ITV News Editor Geoff Hill, 52, dies of leukaemia less than a year after getting married – as colleagues pay tribute to a ‘giant in our industry’

Former ITV News editor Geoff Hill has died following a four-year leukaemia battle – only nine months after getting married in a lockdown ceremony.

Tributes poured in to the ‘giant in our industry’ who died surrounded by his family after being admitted to hospital last week while receiving treatment for the disease.

Mr Hill, of Lee, South East London, married his fiancée Natalie in a quickly-arranged ceremony at the Clarendon Hotel in Blackheath last December with only 13 guests.

He was father to Emily, 20, Olivia, ten, and Alfie, nine – and spent nearly 30 years in journalism, working mostly for ITV, but also CNN, Setanta Sports and Channel 5.

Natalie said today: ‘I’m sure many of you will join me and his family in being beyond devastated that he has left this world. For what a life he led, and what an impact he made. 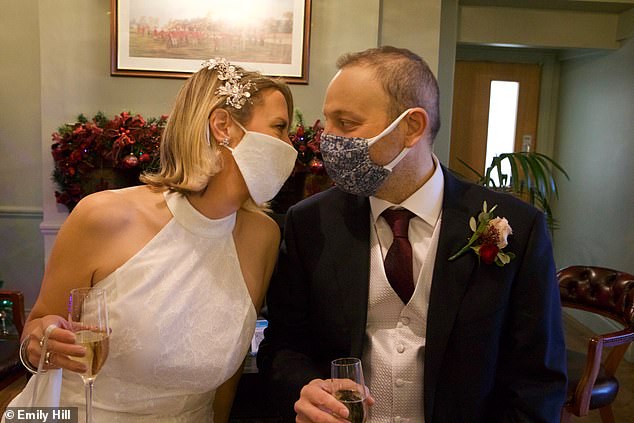 Geoff Hill, of Lee, South East London, married his fiancée  Natalie in a quickly-arranged ceremony at the Clarendon Hotel in Blackheath last December with only 13 guests present 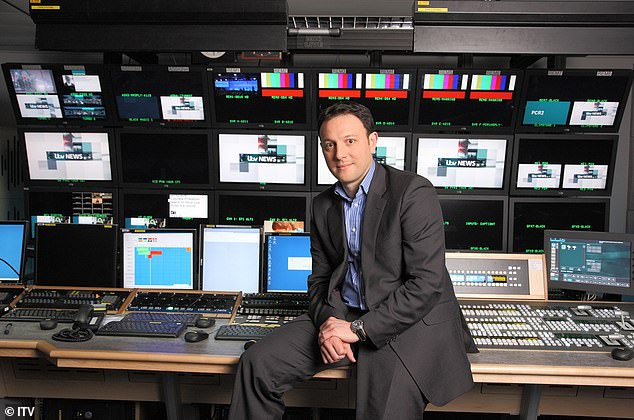 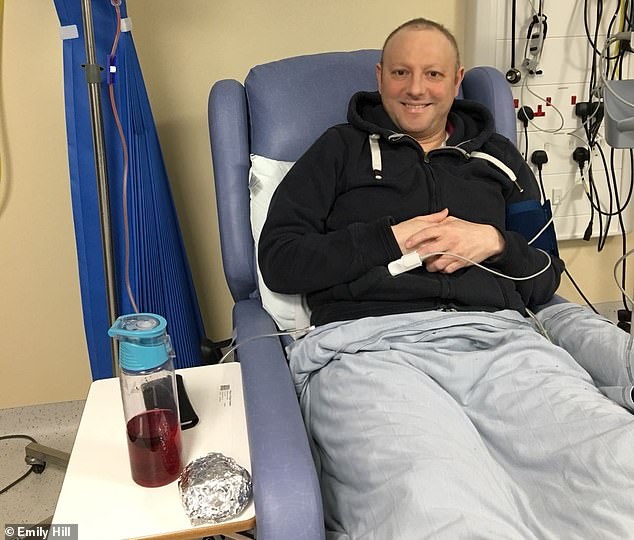 They married on December 8 last year, having originally planned a large celebration at a hotel in Norfolk for July 2021 – before he suffered a relapse of the leukaemia.

They wanted a date before Christmas to ensure that his children who live in Australia could attend, and therefore had just six weeks to pull together their revised plan.

The 13 guests permitted under government restrictions were made up of close relatives, while dozens more watched the ceremony as a live-stream online.

After the ceremony, the couple returned home with their immediate family ‘bubble’ for a fish and chip supper, joined by others in the wedding party over Zoom. 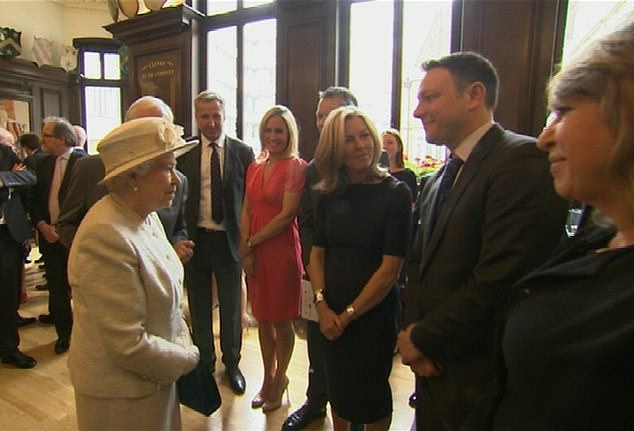 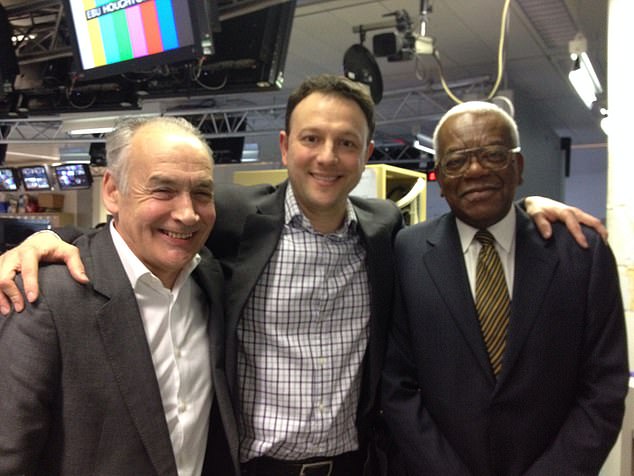 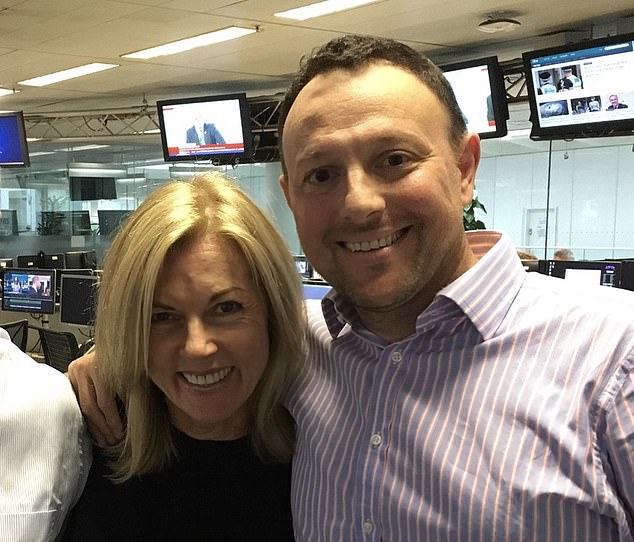 Mr Hill was diagnosed with leukaemia in September 2017 and underwent a stem cell transplant, 100 rounds of chemotherapy and 38 bone marrow biopsies.

He also had radiotherapy, took more than 6,000 pills, suffered a serious bout of sepsis in March 2019 which nearly killed him and was put in an induced coma in July.

London-born Mr Hill, a Crystal Palace FC fan, began his career in newspapers in the capital before moving to ITV’s regional news programme London Tonight in 1993.

He joined ITV News in 2000 and he stayed for seven years before becoming editor of Setanta Sports News, director of coverage at CNN, and editor of Channel 5 News.

He returned to ITV News as Editor in 2013, overseeing coverage of the general elections of 2015 and 2017, the Scottish referendum and the EU referendum in 2016.

When he was diagnosed with leukaemia, he temporarily stepped down from his role to focus on treatment, and planned to return full-time as editor of ITV News in 2020.

Following chemotherapy, in August 2018 he returned to the newsroom at ITN’s Central London – and was welcomed with cheers.

However, following a relapse, he stood down in September last year, and told colleagues he made the decision ‘with deep sadness and regret’.

When Mr Hill was diagnosed with acute lymphoblastic leukaemia, doctors told him he could have been dead within hours.

Speaking to his friend and news anchor Mary Nightingale in a feature with the Mail on Sunday earlier this month, Mr Hill said: ‘Just a few hours before I found myself in hospital, I had been chairing the daily News At Ten editorial meeting.

‘Then, sitting in a hospital room, I saw my work suit hanging on the door while a stranger’s blood was being transfused into my body. That is how quickly life can change.

‘The weekend leading up to my diagnosis, I went to a football match, the theatre and the pub. Little did I know my immune system was pretty much non-existent.’

Reacting to his death today, ITN chief executive Deborah Turness said: ‘This is a desperately sad day for all of us at ITN.

‘Geoff was a giant in our industry, a journalist’s journalist, who simply adored the competitive adrenaline of television news, and never forgot why what we do really matters.

‘A force of nature, he loved nothing more than to be at the heart of a breaking news story, leading his team from the front. He was an exceptional leader and editor, as well as a much-loved friend and mentor to so many. He will be deeply missed.’ 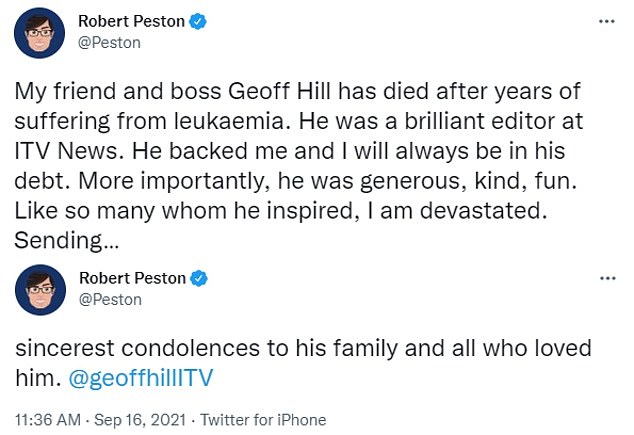 And Michael Jermey, director of news and current affairs at ITV, said: ‘Geoff was a great journalist, a great enthusiast and a great friend. He loved television journalism and the people who work in it.

‘As an editor, Geoff had enormous drive, passion and energy. He led by example and his teams often produced exceptional work as a result.

‘Geoff believed responsible, impartial journalism was a force for good. He cared deeply about all the programmes he edited and about the future of journalism.

‘Geoff always wanted to do the right thing, to help people where he could and to take practical actions to make the world a slightly better place. We have lost a really good man. I loved working with Geoff and will forever value our friendship.’