After a brief retirement from the NFL, Tom Brady is back with the Tampa Bay Buccaneers. But he might have been making other plans in the offseason.

There were rumors Brady and Miami Dolphins owner Stephen Ross discussed a plot that would lead to Brady eventually being traded to the Dolphins. If true, that would present a significant issue for the NFL. Despite the retirement, Brady was still under contract with the Buccaneers for the 2022 NFL season. Any talks between Brady and Ross about a trade would be a massive tampering violation.

Brady was asked about those Dolphins rumors Thursday, and he didn’t exactly deny them.

Brady was careful to not delve into specifics when addressing the question. He said he “had a lot of conversations with a lot of different people.” He said he’s held those conversations over the past three or four years to explore options once his playing career is done.

He never directly mentioned the Dolphins or Ross in his answer, but his response wasn’t very convincing. He didn’t deny speaking with Ross, merely saying he talked to “a lot of different people.”

In being vague, Brady gave himself some wiggle room. Brady negotiated a broadcasting deal with Fox Sports once he retires from the NFL. He can easily play off those comments by saying he was referring to conversations with media companies about broadcasting roles. 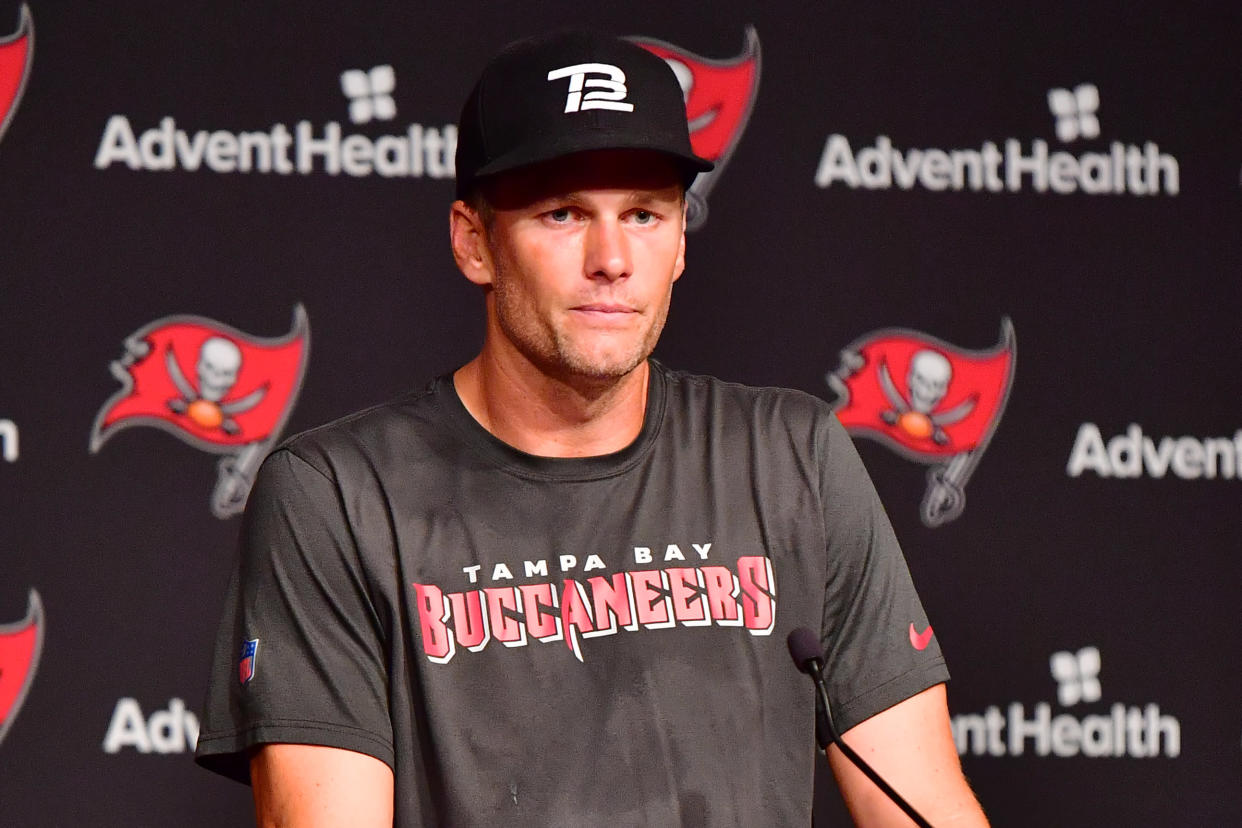 The offseason rumors, which are unconfirmed, suggested Brady and Ross concocted a scheme that would result in Brady being traded to the Dolphins during the offseason. Those rumors could explain why Brady briefly retired for a few weeks before coming back to the Buccaneers.

The alleged scheme between Brady and Ross involved Brady faux-retiring and eventually becoming an executive with the Dolphins. From there, Brady would somehow force a trade to Miami and then unretire and quarterback the team in 2022.

It’s believed the Brian Flores lawsuit against the NFL may have halted those plans. Flores sued the NFL in February, alleging racial discrimination in the league’s hiring practices. The Dolphins are at the center of that lawsuit. Flores claims Ross offered to pay $100,000 for each Dolphins loss so the team would get a better draft pick. Flores did not agree to that and believes it played a role in his firing. Flores was fired after going 24-25 in three seasons with the Dolphins.

In addition to that, Flores provided evidence that the Dolphins tried to engage in tampering in the past. Flores accused Ross of setting up a meeting that involved the two men and a “prominent quarterback.” Flores reportedly left the meeting upon being told the quarterback would attend. It’s rumored, though unconfirmed, that quarterback was Brady. With those rumors out there, Brady and Ross couldn’t go through with their alleged scheme without putting an even larger spotlight on the Dolphins and the Flores investigation.

A few weeks after the Flores lawsuit was filed, Brady came out of retirement and re-joined the Buccaneers. The NFL has not publicly discussed the Brady-Ross reports and has not stated whether it is looking into the situation.