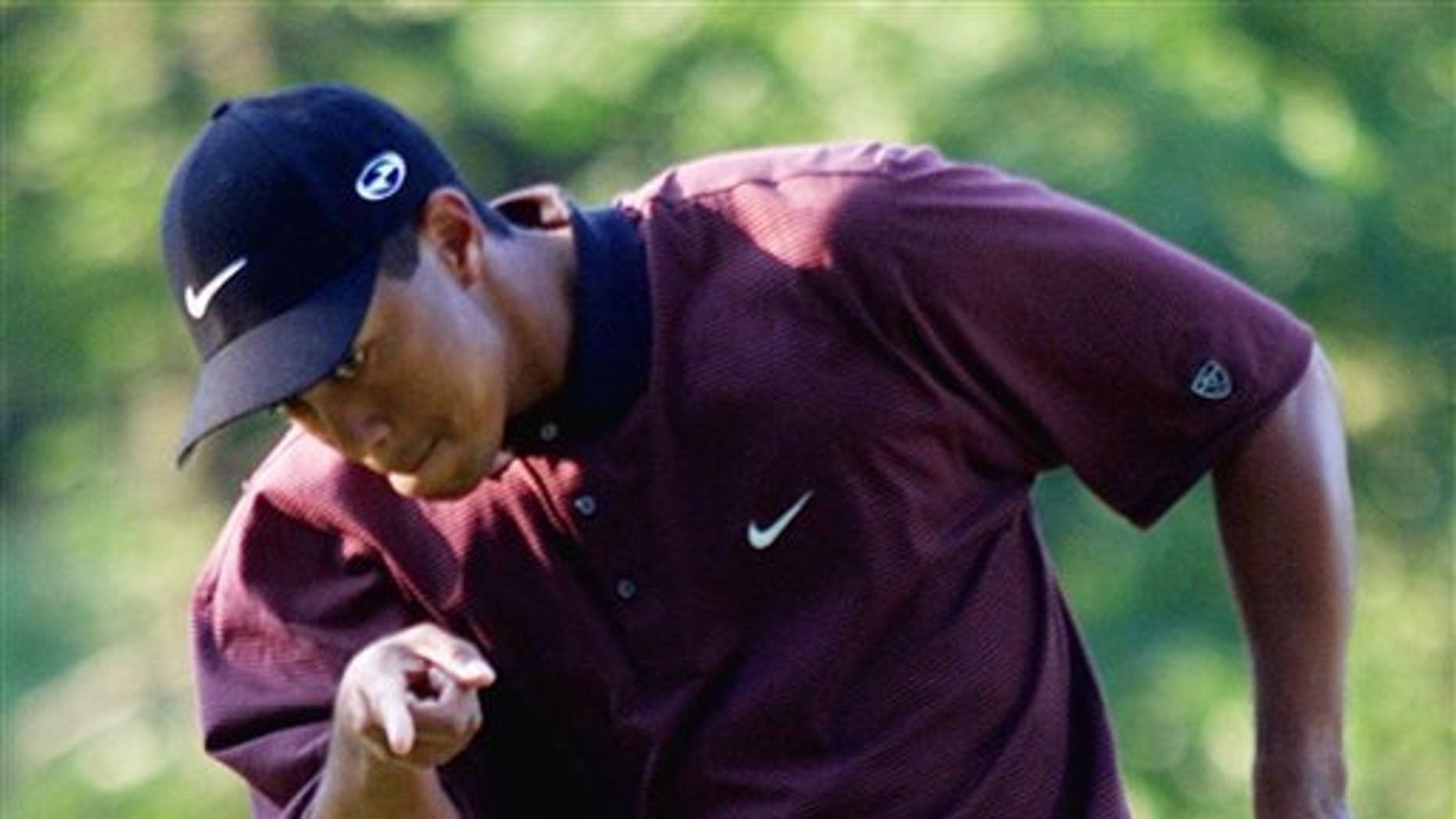 FILE – In this Aug. 20, 2000 file photo, Tiger Woods points to his ball as it drops for birdie on the first hole of a three-hole playoff against Bob May at the PGA Championship at the Valhalla Golf Club in Louisville, Ky. On his web site Friday night, Dec. 11, 2009, Woods announced that he is taking an indefinite break from professional golf. (AP Photo/Chuck Burton, File)

2000: Tiger Woods wins the PGA Championship, becoming the first player since 1953 to win three majors in one year.

Also on this day: 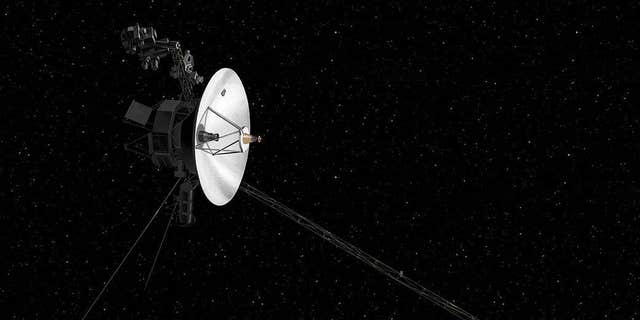 An artist’s depiction of the Voyager 2 probe traveling through our solar system.
(NASA)