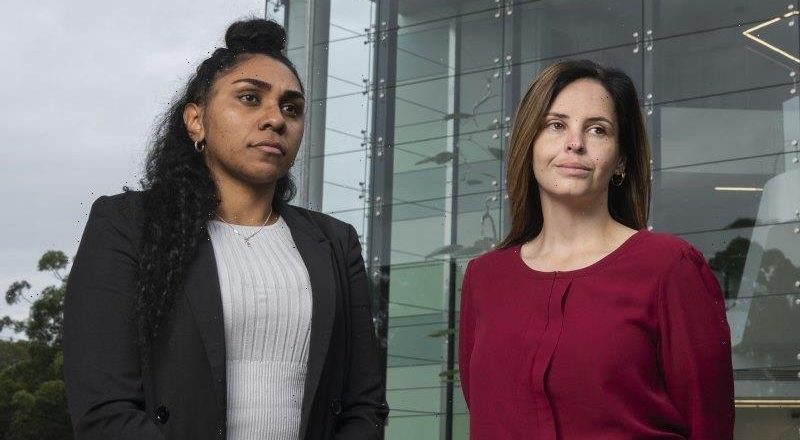 More than three decades after it was recommended by the landmark Royal Commission into Aboriginal Deaths in Custody, the NSW Coroner’s Court has introduced a protocol for dealing with inquiries into the deaths of First Nations people.

Under the First Nations protocol, the court will ensure the families of those who have died will be regularly updated with information about the inquiry, recognise complex family structures and kinship systems and consider holding hearings on Country. 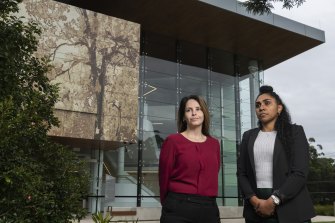 Nicolle Lowe and Brittannie Miles are the new Aboriginal coronial information and support officers at the Coroner’s Court.Credit:Rhett Wyman.

The court has also hired two new Aboriginal coronial information and support program officers to liaise with families and provide culturally appropriate support as they undergo the process.

Brittannie Miles, one of the officers, said a key part of her role was ensuring proceedings were as transparent as possible for those grieving the loss of a loved one.

“You hear from families who we’ve picked matters up from who have been here since maybe 2018 … they can give us a call whenever they need, or whenever they’d like to have a chat with us about their matter or what could help them,” she said.

Miles, a Githabul woman from the Bundjalung nation of northern NSW and south-east Queensland, understands first-hand the trauma of losing a loved one. Her uncle died in custody late last year.

"It was my uncle who was like a father figure to me, my mum’s brother, and he, unfortunately, passed away while under corrective services' [care]," she said.

“Having gone through it, I think I can relate to families that I’m supporting and understand a bit better about how daunting it is.”

The large number of Aboriginal people dying in custody triggered a royal commission that handed down its final report in 1991.

The report found that Indigenous people were not more likely to die in custody than non-Indigenous people. However, it did find that they died at much higher rates because they were grossly over-represented in custody. 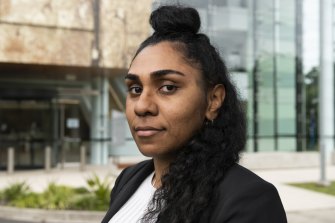 At the time, 14 per cent of prisoners were Indigenous. According to the latest Bureau of Statistics data, that figure is now nearly 31 per cent.

Recommendation number eight of the royal commission was for state coroners to create a special protocol for inquests into deaths in custody.

The court’s second support officer, Kamilaroi woman Nicolle Lowe, said she believed deaths in custody were so common that most Aboriginal people already knew they result in inquests.

"It's known in our communities that that's what happens … because it has happened too often, it's now become common knowledge," she said.

Lowe said nine separate Indigenous deaths in custody had been referred to the state coroner since she started her job in October. Three of those have occurred since January.

“There was a huge level of distrust within communities, and a huge concern that things were going to be covered up or information was going to be withheld,” she said.

“With the protocol and the way that it’s designed, it’s to foster transparency and access to information at the earliest possible opportunity, and it really goes towards rebuilding some of that trust.”

NSW Coroner Teresa O’Sullivan told the Herald she had prioritised creating the new protocol after seeing families retraumatised by the coronial process.

“We’re a colonial institution and, like all courts, we represent something really negative to First Nations people because of our history of colonisation, dispossession and violence at the hands of the state,” she said.

While the protocol was officially launched earlier this month, the court had been informally implementing some of its measures beforehand.

"In previous years … that would never have happened until the inquest, which might have been a year or two after the person has died, where they'd be sitting in court and watching it for the first time," O'Sullivan said.

She added that creating the new protocol had been her No.1 priority after assuming her role in 2019, and that she hoped it would be a further step towards positive change.