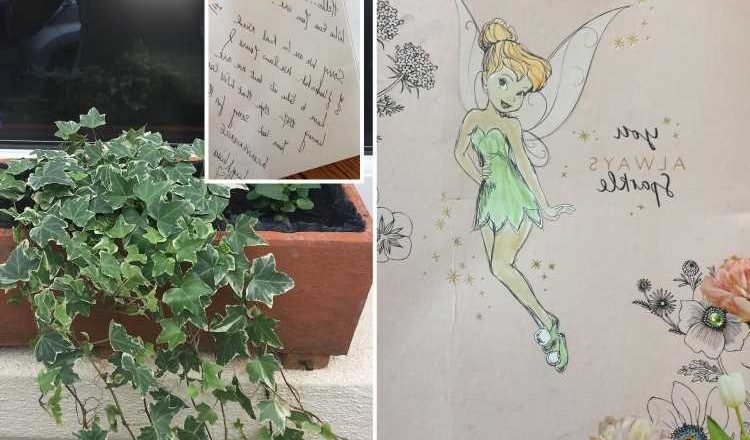 A THIEF has left a bizarre note after stealing a beloved family heirloom as a mum sat watching TV.

Holly Grace was posted a card with the Peter Pan character Tinkerbell on it by a criminal apologising for the inconvenience. 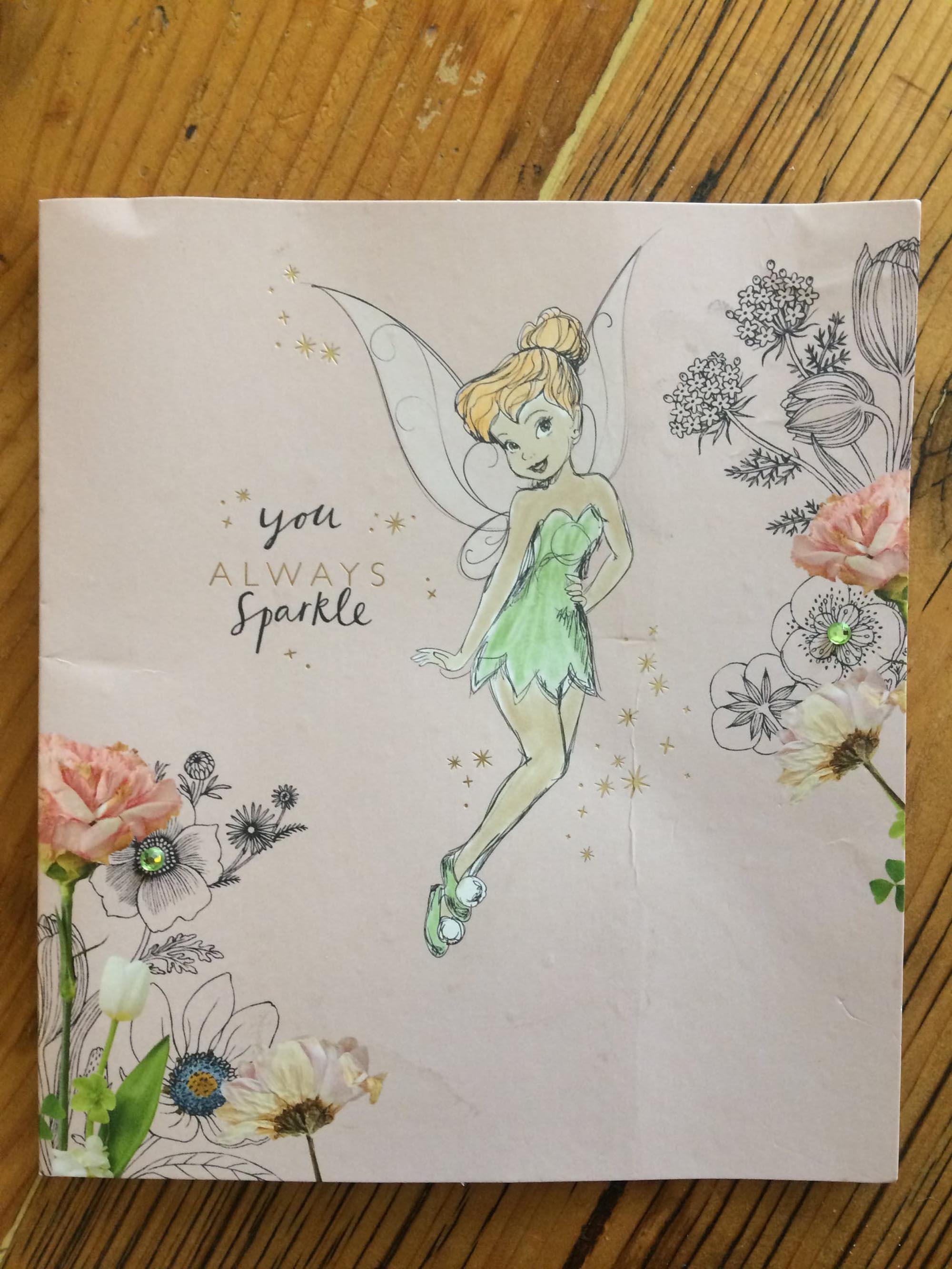 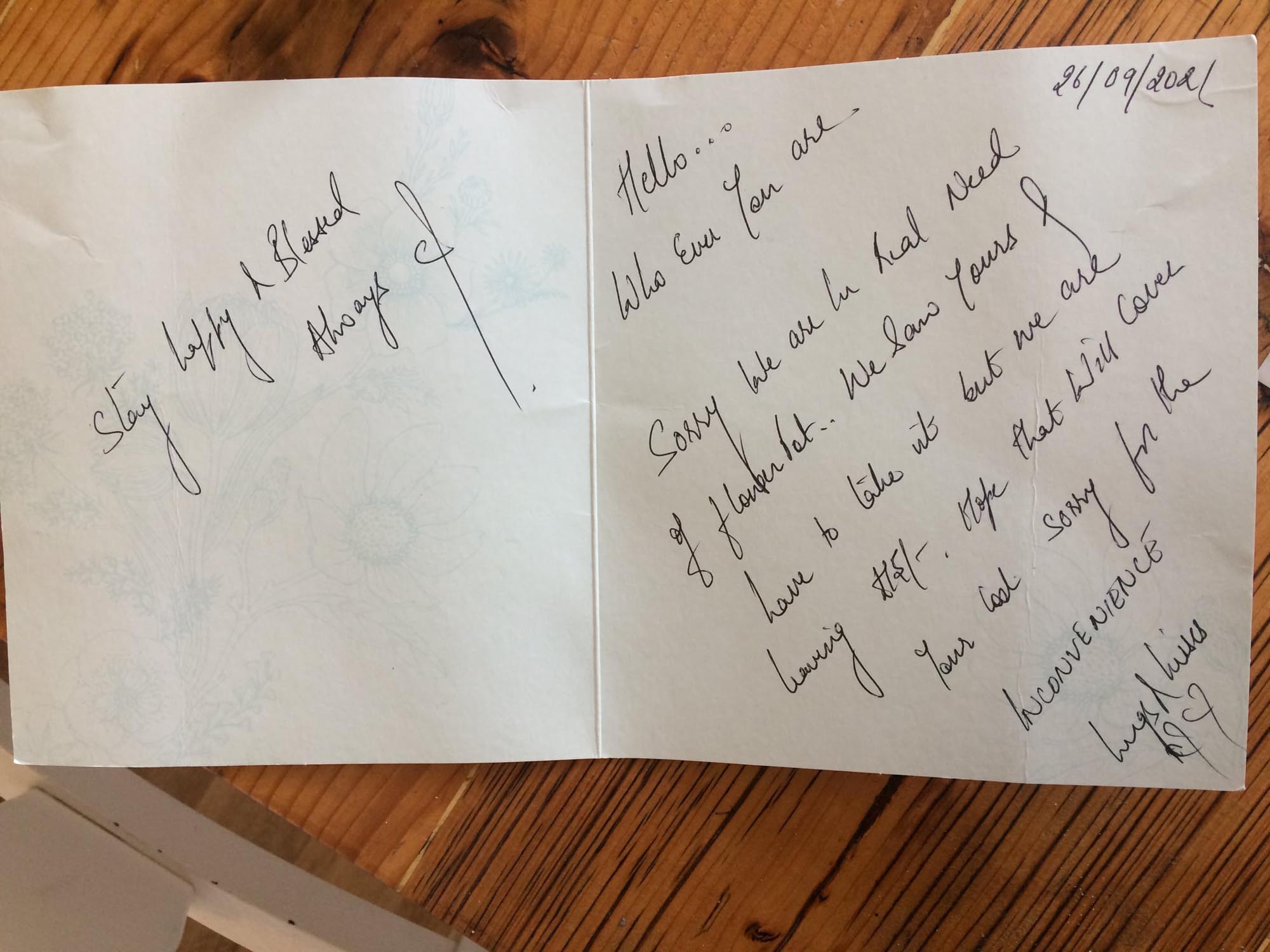 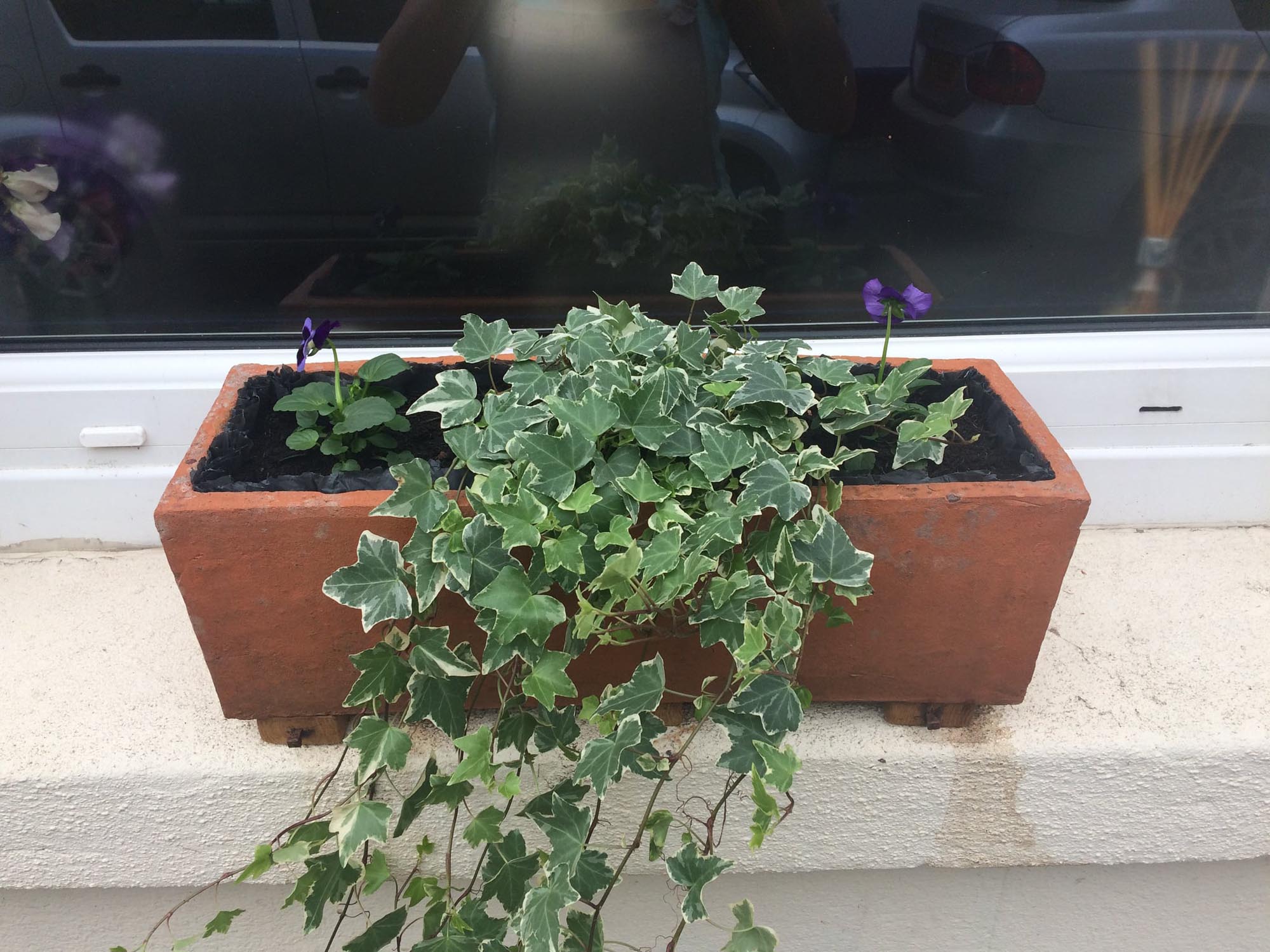 They explained that they "needed a flower pot" so decided to help themselves to hers on Sunday.

The window planter was actually a family heirloom gifted from her 80-year-old aunt, and was taken from a road in Penzance, Cornwall with no sign of it since.

Holly couldn't believe it and that it took her a few reads through the bizarre note to understand what was going on.

She said it was one of the strangest things that had ever happened to her.

"The card was pushed through the door and you're reading the words and just can't make sense of it," she said.

"Then it suddenly dawned on me they are talking about the window box.

"The window box is right on the pavement, in the street, there is no front garden and my living room is right there where the window box normally lives.

"I was sat watching television on Sunday night and when I left the room at around 9.15pm, everything was all normal."

The next morning she saw a sparkly Disney card without an envelope, at the front door and thought it may have been something for her daughter.

But in a twist the anonymous note which wished the family to "stay happy and healthy always" explained that someone had helped themselves to the pot and left £15 cash for it.

The person who penned the note also left "hugs and kisses".

“I had no idea what it was talking about”, Holly said.

"As I read it again, and again, I thought surely not? I was trying to fathom the angle of the person.

"Is it taking the mickey or they genuinely think this is okay? Where? How? What?"

She continued: "It's like a whole other level of taking something. It's just such a weird combination of things.

"Someone steals your window box, it's awful and it happens.

"But someone has gone to the trouble of putting a card through the door to say that they have taken it and in a weird way, apologising for it, which is another layer.

"Then they have left money for it"

She said that her brain "can't quite make sense of the act".

"My 80-year-old auntie gave it to me and had it in her garden for decades and decades.

"She taught me to garden and we potted it up together. It was special and that just makes it worse.

"That pot means a lot to me. I haven’t just gone to the shops and bought that."

Holly has since left a note in the place of the flower planter urging for the person responsible to return it and has been overwhelmed by the support from neighbours after sharing her ordeal online.

"Everybody has been so lovely and a woman who I had never even met before knocked on the door and gave us a beautiful copper pot full of pansies," she said.

Speaking of the thief wishing happiness on her family, she said: ”I was happy, and my little girl was happy.

"We were all perfectly happy. But now we're not." 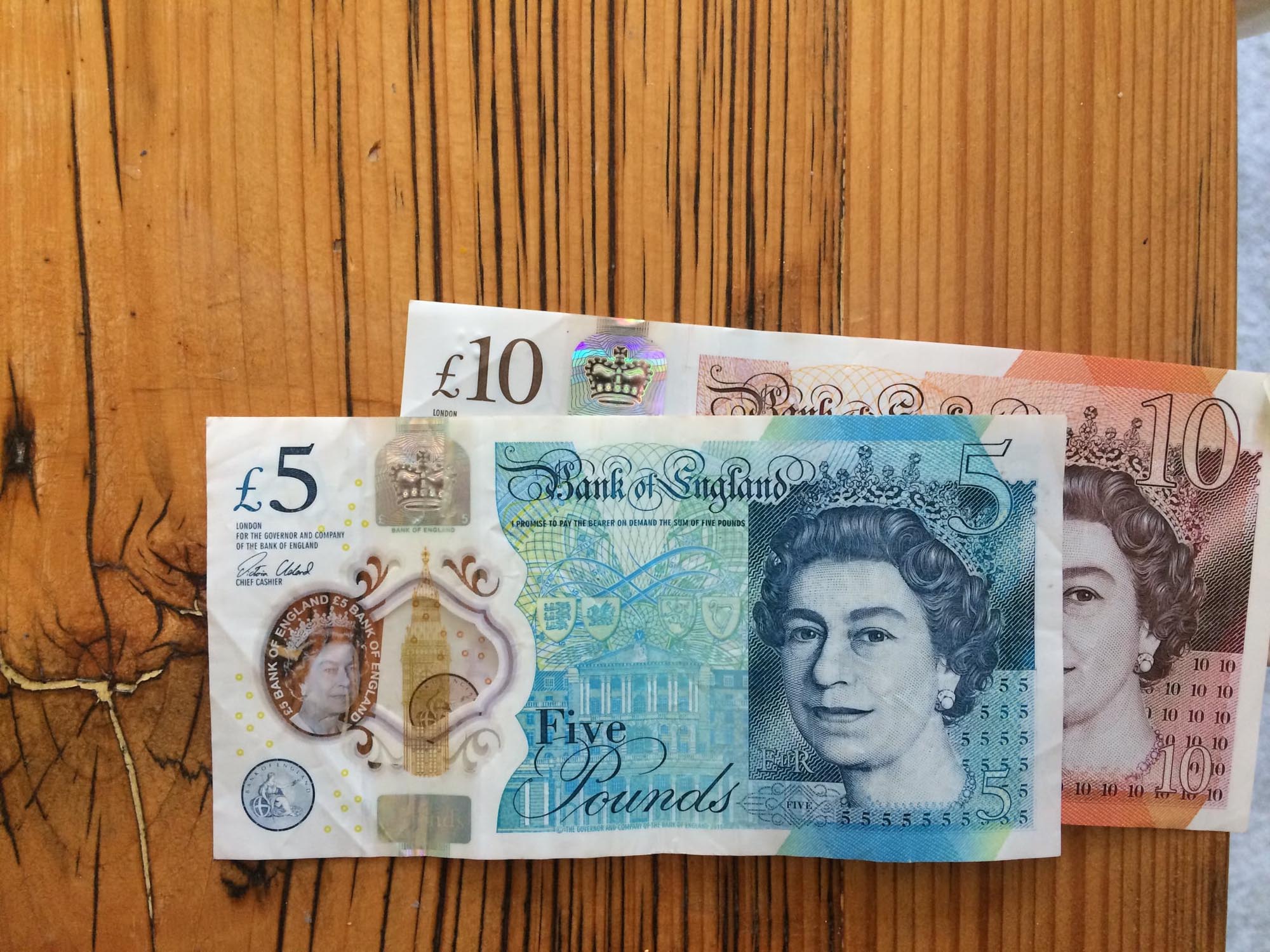 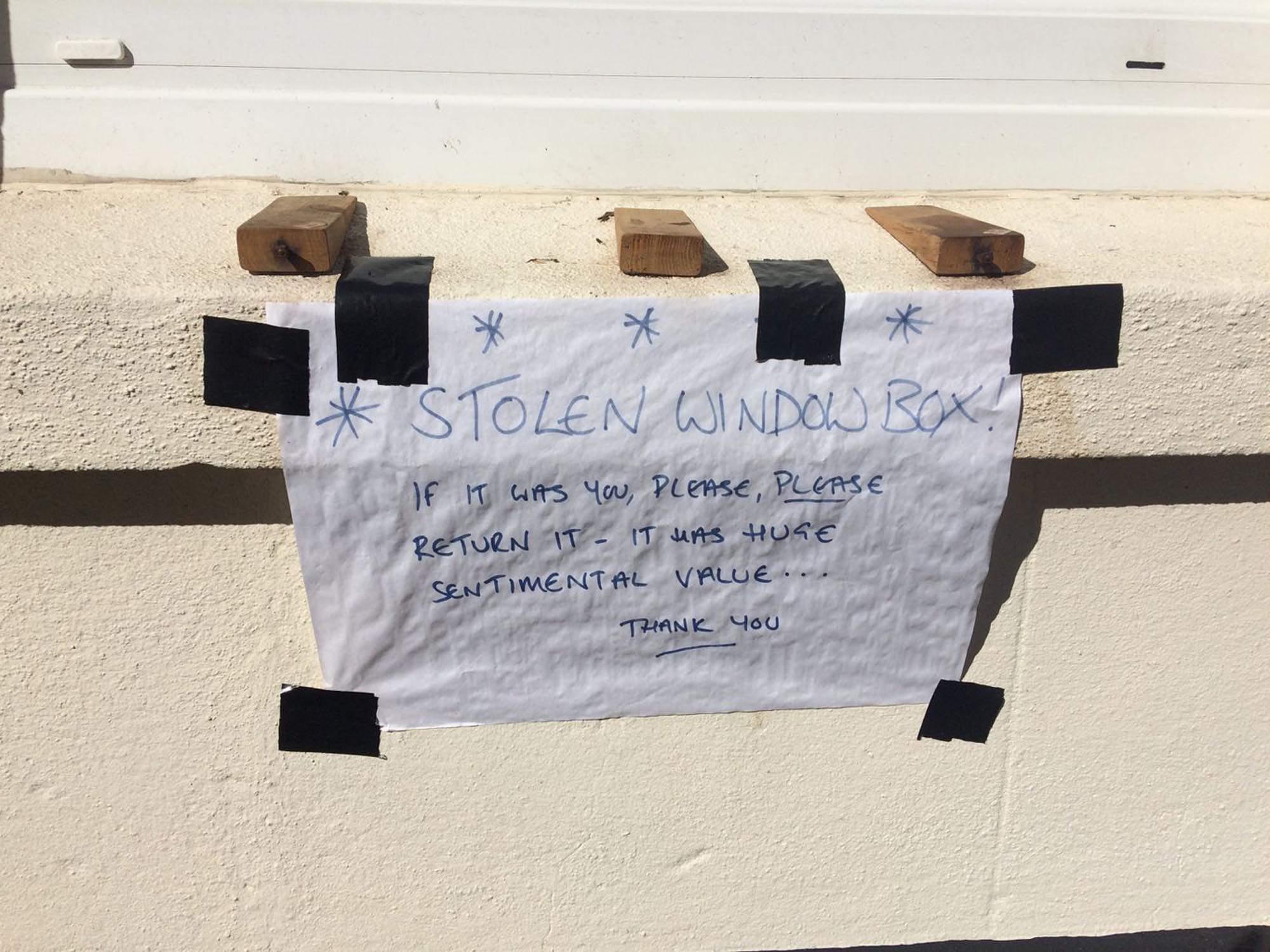