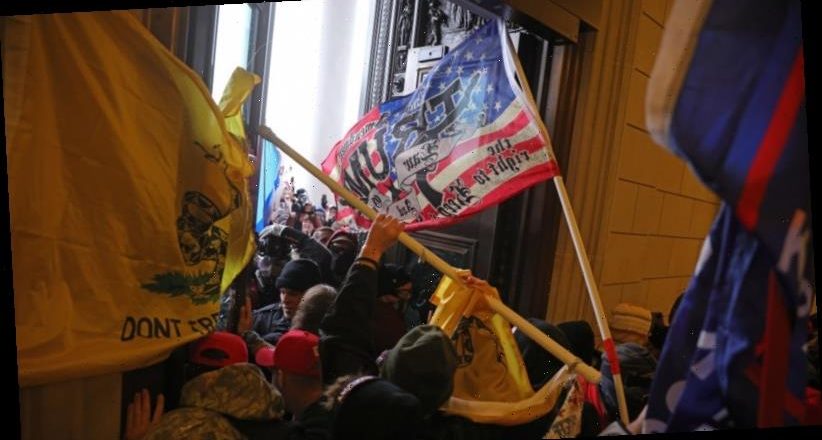 The week the cost of Republicans’ bargain with Trump became clear

Washington: Donald Trump told the world to expect something dramatic. "Big protest in D.C. on January 6th," Trump tweeted a few days before Christmas. "Be there, will be wild!"

Over the following days, the President continued to heighten the anticipation. "JANUARY SIXTH, SEE YOU IN DC!” he tweeted on December 30.

When Congress meets every four years in early January to certify the presidential election results, it’s usually an unremarkable affair. The Vice-President, acting as the ceremonial head of the Senate, reads out the election results from each state and Congress votes to confirm them.

To political insiders familiar with the procedural rules, there was no doubt that Congress would recognise Joe Biden as the 46th US president.

But in the alternative reality Trump had created for his loyal supporters, this was their final chance to reverse what they regarded as a fraudulent election loss. For months they had listened to Trump's false claims of widespread fraud; they had studied graphs that showed suspicious late-night "vote dumps" and watched grainy video footage that appeared to show dodgy election workers scanning the same ballots multiple times. 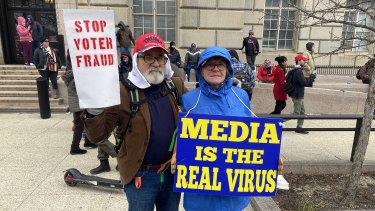 Lenny Dupere, who travelled to the rally with wife Linda, was hopeful Trump would find a way to remain in office. Credit:Matthew Knott

Addressing the crowd, Trump vowed to never concede defeat. "To use a favourite term that all of you people really came up with, we will stop the steal," he said.

At the end of the 70-minute speech, Trump called for his supporters to march towards the Capitol Building and give Republicans "the kind of pride and boldness that they need to take back our country".

What happened next shocked the world and convinced some of Trump's closest allies that he had finally gone too far.

As the members of the Senate and House of Representatives met to certify the election results, dozens of Trump supporters stormed into the Capitol Building. The home of American representative democracy suddenly resembled a war zone. Rioters smashed windows and ransacked offices.

The members of Congress were quickly evacuated and Vice-President Mike Pence was taken to a secure, undisclosed location. In the melee, four people died: a woman from California was shot by police and three others died in medical emergencies. It was the first time since 1812 – when British troops burned the Capitol – that the building had been assaulted in this way.

A couple of hours after the riots began came news that would have dominated headlines on any other day. The Associated Press declared that Democrat Jon Ossoff had defeated incumbent Republican Senator David Perdue in their runoff Senate contest in Georgia.

Ossoff's victory means the Democrats will have 50 Senate seats, giving them a majority in that chamber thanks to a tie-breaking vote from incoming vice-president Kamala Harris.

With just two weeks remaining in his presidency, the hefty political and moral price of the Republican Party's bargain with Trump came into stark focus. The Congress was under attack from their own voters and the Republicans' Senate majority was down the drain. It wasn't a pretty sight. 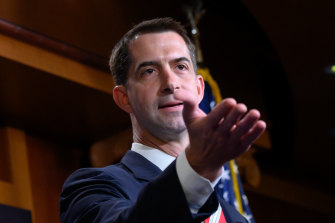 Arkansas Senator Tom Cotton was a staunch Trump backer – until the riots.Credit:Bloomberg

When Donald Trump proposed some of the most outlandish and controversial ideas of his presidency, Tom Cotton was there to support him.

Remember when Trump suggested buying Greenland in August 2019? While people around the world were snickering, Cotton, an ambitious and deeply conservative Republican Senator from Arkansas, published an opinion article in The New York Times saying it was a brilliant idea. Trump, he wrote, was "crazy like a fox".

Then, last June, when Trump suggested invoking the little-used Insurrection Act to call in the military to crack down on left wing protesters, Cotton again leapt into print in The Times to back him up. The piece provoked such a backlash among the paper’s readers and staff that the editorial page editor was forced to resign.

Cotton, who has obvious presidential ambitions, was following the playbook for Republicans who wanted to move up the ladder in the age of Trump: leave as little room between yourself and the President as possible. The Republican base is devoted to Trump and aspiring presidential candidates are jostling to position themselves as his heir apparent.

But everyone has their limits – and Cotton found his when Trump called on Republicans in Congress to object to Biden’s election victory.

In a statement this week, Cotton said he was "grateful" for all the President’s accomplishments but objecting to the election results would not hand him a second term and would impinge upon states’ rights to run their own elections.

After the assault on the Capitol, Cotton's language became stronger as he delivered his harshest ever rebuke of Trump.

"It’s past time for the President to accept the results of the election, quit misleading the American people and repudiate mob violence," Cotton said.

After tip-toeing around Trump's norm-shattering behaviour of the past four years, other Republicans in Congress let rip like never before by accusing him of inciting violence.

Lindsey Graham, one of Trump's most loyal allies, threw up his hands. "Count me out," he told the Senate. "Enough is enough. I've tried to be helpful."

"If this election were overturned by mere allegations from the losing side, our democracy would enter a death spiral," he said. "The voters, the courts and the states have all spoken…If we overrule them, it would damage our republic forever." 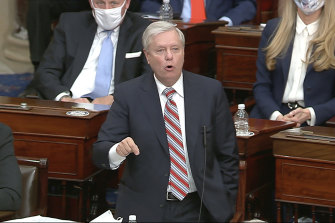 As well as the violent scenes at the Capitol, McConnell had another reason to feel angry at Trump.

For the past five years McConnell has been the Senate majority leader, making him one of the most powerful people in the country.

McConnell was never a fan of Trump's populist leanings or outlandish rhetoric, but he formed an effective working relationship with him. In return for overlooking Trump's flaws, the President left him alone to enact massive tax cuts and fill the courts with conservative judges.

Republican David Perude, for example, won 90,000 thousand more votes in November than Ossoff while Biden beat Trump by just 13,000 votes. And the two Republican candidates, Pedue and Kelly Loeffler, had what looked to be a powerful argument to voters: elect us to ensure Democrats do not have total power in Washington.

But there was a problem: Trump had gone to war with the state's top Republican officials, accusing them of being complicit in election fraud. Republicans worried that this could depress Republican turn-out: after all, it's tricky to convince people to vote if they believe the electoral process is rigged against them.

At an election-eve rally in Georgia on Tuesday (AEDT) Trump spent much of his speech airing grievances about the November election rather than convincing his supporters to show up and vote. In the end, Warnock and Ossoff squeaked out narrow victories and delivered Democrats control of the Senate.

When Trump came to power in 2017, Republicans controlled the White House, the Senate and the House of Representatives. From January 20, they won't control a single one. A Democrat Senate majority will give Biden a much better chance of passing legislation to tackle climate change and expand access to health insurance, as well appointing progressive judges to the courts.

To be sure, Trump still remains a beloved figure in the Republican base which has been radicalised in recent years. A YouGov poll released on Friday (AEDT) found that an astonishing 45 per cent of Republican voters said they approved of the events at the Capitol – more than those who said they disapproved.

But Trump's grip on the party is far less secure than when the week began. His is legacy forever tarnished. And the Republican Party far more divided about where it goes from here.