Springfield is continuing to diversify its population of animated characters. The April 10 episode of The Simpsons, "The Sound of Bleeding Gums," features the long-running show's first-ever deaf voice actor, John Autry II. The young performer — whose past credits include appearances on Glee and I Hear You — plays Monk, the long-lost son of Lisa Simpson's favorite jazzman, "Bleeding Gums" Murphy, who died way back in the show's sixth season.

And in another first, Monk communicates via American Sign Language, and entire sequences of the episode will feature ASL. In an interview with Variety, Autry described the groundbreaking guest appearance as "incredible" and "life-changing."

"This can impact change for all of us," the actor continued. "It’s about hard of hearing and hearing characters coming together. It’s a part of history." 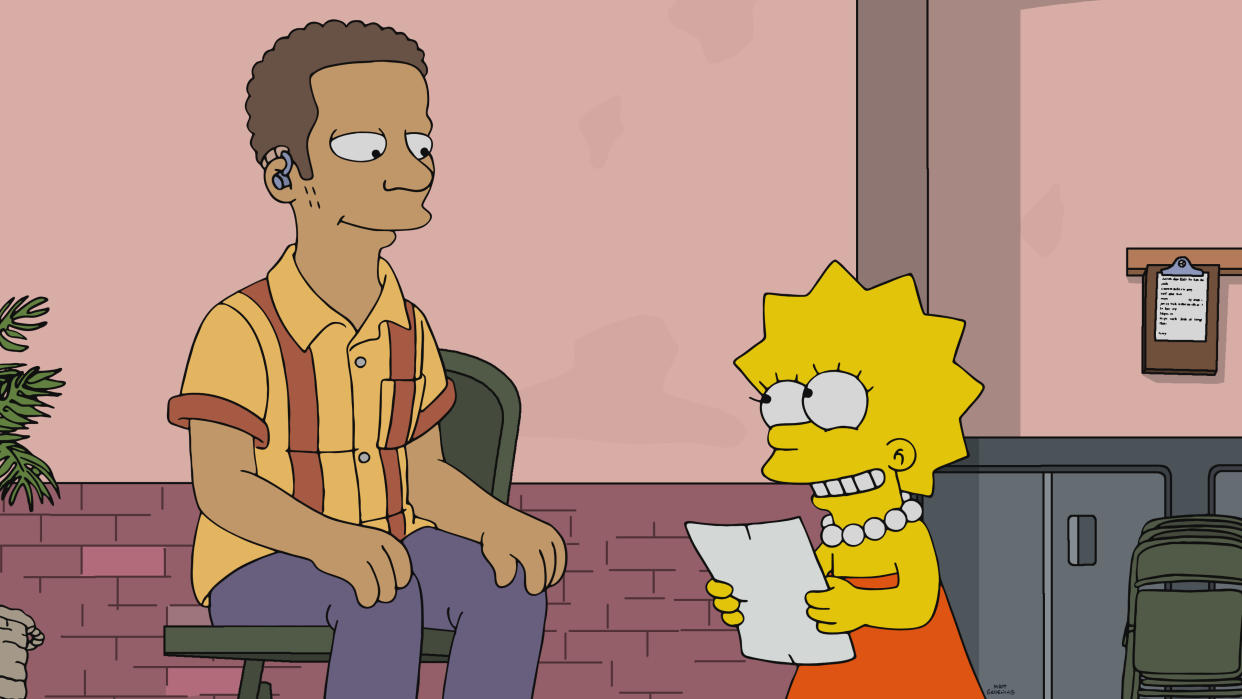 "The Sound of Bleeding Gums" was written by Loni Steele Sosthand, who has a brother that was born deaf. "When we were talking about this Bleeding Gums character in our initial brainstorms, we thought, 'Wouldn’t it be cool if Lisa discovers this whole other side of his life,''" she told Variety. "That led to him having a son, and then we based that character at least somewhat on my brother. And the story grew from there."

This Simpsons episode is airing weeks after Sian Heder's CODA made history by becoming the first movie featuring deaf actors to win the Best Picture statue. "I was an early viewer of CODA and really admire the movie,” Sosthand said about the connection between the two. "There are themes in it that are somewhat echoed here, coming out of a sibling relationship. And also CODA has the tension between music and the deaf experience. I think it’s great, because the Deaf experience isn’t just one story, there are so many stories to be told."

The Simpsons airs Sundays at 8 p.m. on Fox