Home » World News » ‘That’s not a lockdown. This is a lockdown’: Much hangs on Ardern’s COVID elimination strategy

‘That’s not a lockdown. This is a lockdown’: Much hangs on Ardern’s COVID elimination strategy

Wellington: On August 17 around 2pm New Zealand reported its first case of COVID-19 since February. Four hours later Prime Minister Jacinda Ardern announced the nation would go into a level-four lockdown at midnight. 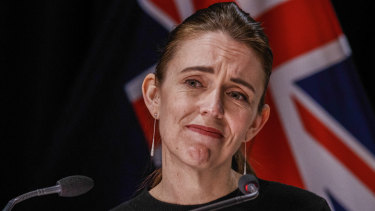 New Zealand Prime Minister Jacinda Ardern listens to a question during a COVID-19 update after locking the country down when one case was recorded. Credit:AP

Now, New Zealand knows how to do a lockdown. In fact, one of the defining characteristics of Ardern’s “go hard, go early” strategy has been the deployment of strict lockdowns that would make most Australians wince.

At level four the only things that are open are supermarkets, pharmacies, petrol stations and doctors’ clinics. You can order groceries online for delivery but, even online, other goods are restricted to a government-mandated list of essentials: light bulbs, heaters, that sort of thing. Tradies are only allowed to attend emergency call-outs.

Everyone must stay at home, unless you are an essential worker – and this is very tightly defined – think people who work in supermarkets and export supply-chain jobs. The roads are all but empty.

All that means that many New Zealanders look at lockdowns in the various Australian states – especially NSW over the past two months and say “that’s not a lockdown – this is a lockdown”. There’s a sort of flinty Presbyterianism about it, whereby if it doesn’t hurt, it’s clearly not good for you. It’s very New Zealand.

Since that first case was detected in Auckland the outbreak has grown to 429, with 82 new cases reported on Saturday. There have been no deaths and only two people were in ICU. The vast majority of the cases have been in Auckland, with 14 in the capital, Wellington.

On Friday afternoon Ardern announced the whole country, south of Auckland, would go down to alert level three from Wednesday. This is still tougher than some NSW lockdowns – basically a level four but with takeaways and daycare for essential workers’ children. Auckland will stay at level four for probably another fortnight.

For Ardern, much hangs on this lockdown. In February, the government announced with some glee that it had secured enough Pfizer vaccines to jab the whole country. New Zealand would have a one-vaccine strategy, and it would do it with the vaccine that was then emerging as the best one – in the public’s mind at least. That perception only increased as the AstraZeneca political problems exploded in Australia. The trade-off was that most of the supply wouldn’t arrive till later in the year. This has meant an even slower vaccine rollout than across the ditch.

That wasn’t a problem while there were no COVID-19 cases. The go-hard, go-early approach meant that New Zealanders effectively traded closed borders for domestic internal freedom. Cricket, concerts, big industry conferences, festivals: these were all a part of Kiwi summer. Super Rugby Aotearoa was outstanding. 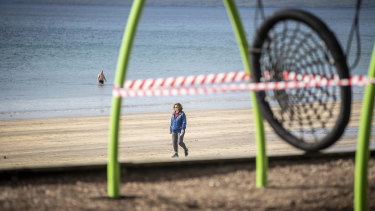 A woman walks past a closed off playground in Auckland.Credit:AP

But now that Delta has arrived, the slowness of the vaccine is very much an issue. The main thing the country wishes to avoid is a NSW-type situation, where Delta becomes pretty well entrenched in the community and extended lockdowns are needed because not enough of the population is vaccinated. That would be a big problem for Ardern and her Labour party .

On the flip side, if the community manages to stomp out COVID-19 yet again, it will be a big positive for Ardern, showing that once again the strategy has worked.

And the vaccine rollout, despite still being constrained by supply, is on track to be completed sometime in December. Unlike NSW and Australia, the Ardern government has not given a vaccination rate at which the country will start to open up. Instead, it has preferred to say variations of “once everyone who wants a vaccine has one”. That, in practice, means in the new year.

Although a lockdown that works will undoubtedly give Ardern a lift in the polls and put pressure back on the opposition, there is consistent polling around attitudes to opening the country back up: about half of the population is very nervous about it and not keen. 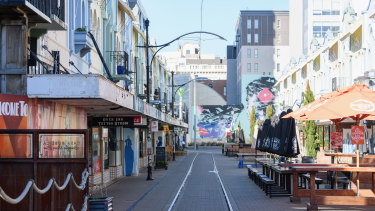 The political challenge for Ardern – who only a week before the lockdown produced a plan that would both retain elimination and reconnect with the world – is how to manage the transition to opening up.

The biggest challenge will be not the growing opposition to lockdowns – particularly if this one works – but the opposite. Ardern will have to turn around after 18 months of trying to keep COVID-19 out, and suddenly try to convince people that some will get in and that that’s OK.

Many people are fearful of COVID-19 and New Zealand is going pretty well: the unemployment rate is 4 per cent, if you own a house its value has probably gone up by 30 per cent in the past year. But inflation is starting to pick up and interest rate hikes are looming. In fact, the economy’s biggest problem is getting labour through the quarantine system.

So Ardern’s hurdles are threefold: getting this outbreak under control; then finishing the vaccine program; then convincing most of the public that reopening is both safe and worthwhile.

And the refrain in NZ as it consistently looks east at NSW: four weeks is rough, but it’s better than four months.