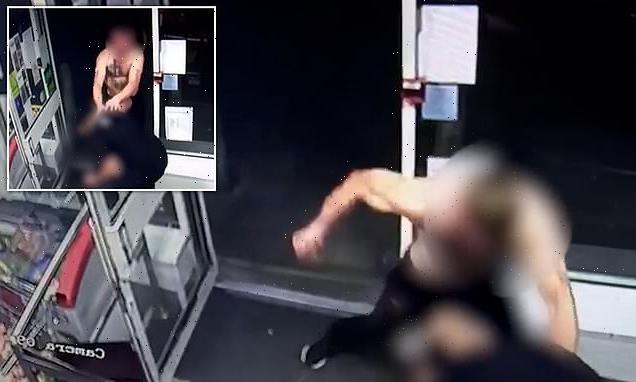 CCTV footage has captured the shocking moment a teenage shop worker was attacked by a man he believed was trying to steal beer.

The clip, filmed on September 5 at around 7.30pm, shows the shirtless man storming back inside the Costcutter store in Swinton, Salford, several times to punch the teenager.

The 14-year-old boy’s mother said he was attacked after he told the two men to put back the beer they were holding if they were not paying for it. 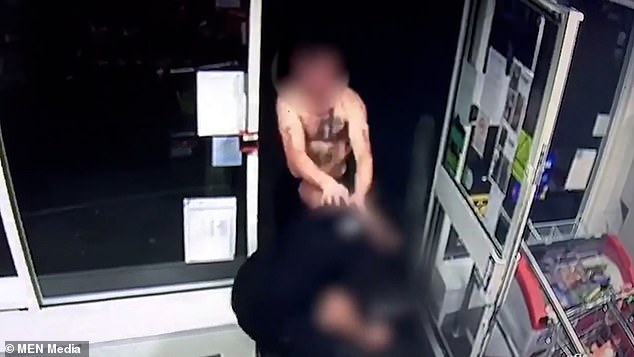 A teenager shop worker, 14, was attacked after he challenged a topless man who he believed was trying to steal beer from the Costcutter store in Swinton, Salford, on Sunday evening 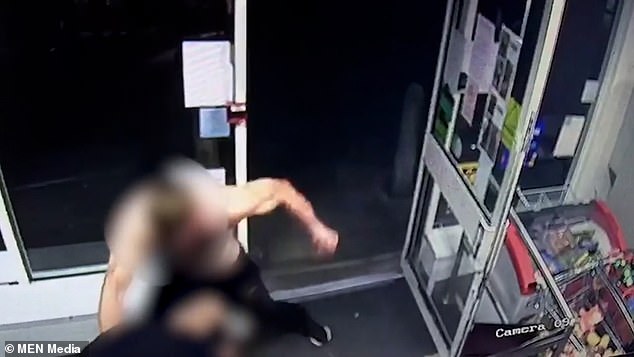 The teenager, who turns 15 next week, can be seen in the footage cowering as the shirtless man takes several swipes at him.

The other man then appears in the doorway of the shop, wearing a hoodie and jeans, and tries to stop the attack.

They leave the store together but the shirtless man returns to pummel the shop worker again before finally leaving for good.

The boy’s mother, who wished to remain anonymous along with her son, told the Manchester Evening News: ‘My son has told them that they need to put it back or pay for it then obviously this happened. 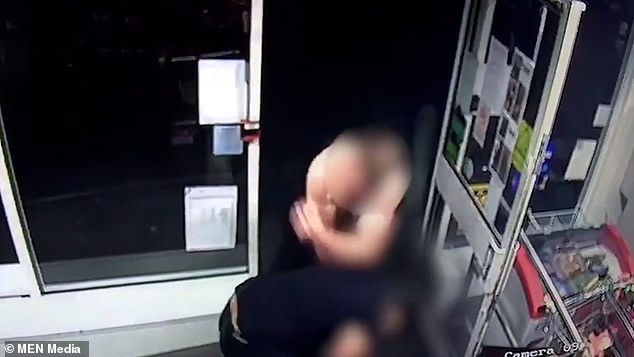 ‘I don’t know what exactly was said as my son hasn’t spoken about it too much.

‘There was another guy in the shop at the time behind the counter he just didn’t really help.’

She said her son has a black eye and remains in shock from the incident but overall is ‘okay’.

The youngster works at the shop to earn a little extra pocket money but now his mother said he is wary of leaving the house and hasn’t been back to work since the incident.