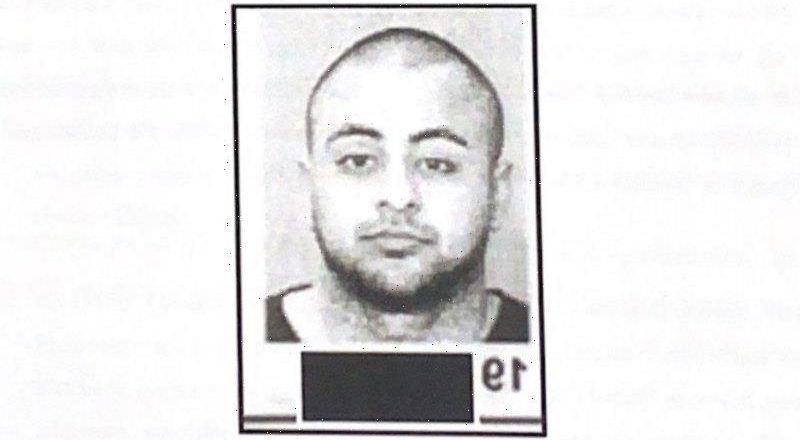 The full story of three notorious underworld executions across Sydney can finally be revealed after the lifting of court orders that have for years kept the trials of Abuzar Sultani’s murder squad hidden from public view.

Sultani, who became the leader of the Burwood chapter of the Rebels bikie gang, is to be sentenced in the coming fortnight alongside three other men convicted for their roles in the murders of mafia-linked Pasquale Barbaro, gangland figure Mehmet Yilmaz and Penrith Rebels member Michael “Ruthless” Davey. 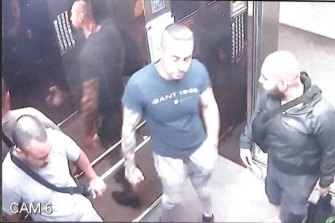 Abuzar Sultani, bottom left, Siar Munshizada and Mirwais Danishyar were captured together on CCTV on the night Pasquale Barbaro was murdered.

NSW Supreme Court Justice Des Fagan, who presided over the trials, labelled the three killings “coldly calculated” and “carefully pre-meditated” and in August declared the secrecy around the proceedings had to stop.

A web of non-publication and suppression orders has prevented any reporting of the details since September 2018. The restrictions were finally lifted on Thursday despite efforts by the offenders’ lawyers to keep the media blackout in place. 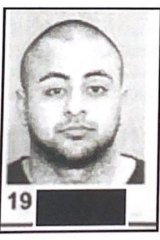 Abuzar Sultani was the ringleader of a dangerous crew of killers.

The orders were originally put in place to protect the fairness of the multiple related trials working their way through the courts.

The gangland shootings in 2016 were masterminded by Sultani, known as “Abz” or “the Boss”, who was an MBA student at Macquarie University at the time. The group, known as “Ab’s Boys” or “the Afghanis”, included Siar Munshizada and other members Mirwais Danishyar and Joshua Baines.

Davey, 30, was gunned down in a driveway near his Kingswood home on the night of March 29, 2016, after telling his partner he would be back in one second.

He was shot nine times with bullets from two guns after being lured outside while holding a one-litre San Pellegrino water bottle filled with the drug GHB.

On September 9, Yilmaz, 29, was getting into his car outside the home of a Comancheros bikie at St Marys when a car pulled up next to him and a gunman leaned out the back window, shooting him multiple times.

Yilmaz staggered behind his car and curled up in the gutter before the gunman got out, stood over him and shot him in the head at close range. Yilmaz’s fiancee was sitting in the passenger seat waiting for him.

On November 14, Barbaro, 35, climbed into his Mercedes outside the Earlwood home of construction figure George Alex and turned on the headlights when a stolen Audi pulled up next to him and gunshots rang out.

A gunman leapt from his car and Barbaro ran, losing a shoe in the gutter, before falling face-down onto the footpath. The gunman approached his prone form and shot him five times in the back of the head and neck.

The murders had compelling similarities. Each man had been ambushed at night on a residential street and shot multiple times, by assailants who arrived in stolen cars and sped away.

In 2019, Sultani pleaded guilty to three counts of murder after an exhaustive police investigation established overwhelming evidence about his involvement.

Munshizada was also convicted for the three murders after facing trial, while Danishyar and Baines were found guilty for their involvement in the killing of Barbaro but were acquitted of other charges. 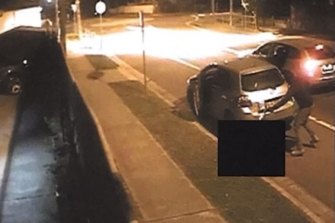 Police had placed recording devices in Sultani’s home which captured people referring to “that day we murdered Davey”, drawing diagrams of Barbaro’s killing, and running up a hallway to demonstrate how they had run after Barbaro.

Three years after the killings, detectives managed to break the encryption on Blackberry phones used by the offenders, which revealed messages including Munshizada saying of Barbaro: “The dog is dead lol”.

Other messages included Sultani requesting, 10 days after the murder of Yilmaz: “When you get time can you wash the van … mite have another hit on soon ;-)” 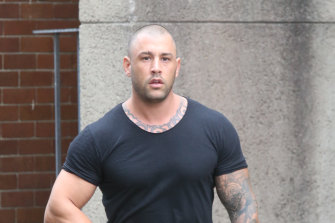 Pasquale Barbaro, a self-proclaimed mafia figure, was killed by Sultani’s crew in November 2016.

Police placed trackers and listening devices in several vehicles, including Sultani’s Subaru WRX, which tracked crucial movements during some of the murders. The trackers also documented Sultani’s car driving to the grave of his mentor, Joe Antoun, three days after Barbaro’s killing.

When police went there, they found fresh red flowers next to the headstone. Prosecutors had argued Barbaro was killed because of his apparent link to Antoun’s execution in 2013.

In a judgment in August, Justice Fagan said the court proceedings had effectively been held in secret, which “cannot go on”.

“The same for Mr Munshizada, with a lesser degree of involvement in the latter two. And the involvement of Mr Baines and Mr Danishyar in the murder of Mr Barbaro is another coldly calculated, carefully premeditated and concealed execution.

“It’s not possible to continue protecting the identities of the perpetrators of offences like this, five years after they’ve occurred. There comes a point where these matters must be exposed to the public and to this point, these very, very serious crimes, which would be of great concern to the community, have in effect, been the subject of trials in secret. It cannot go on.”

In recent weeks, lawyers for the men applied to have the court cases remain secret. This was opposed by prosecutors and a lawyer for The Sydney Morning Herald.

Munshizada’s barrister argued there would be a “veritable blitzkrieg” of stories about the “extraordinary” case once the secrecy ended, including some articles which could refer to his client as being Sultani’s “foot soldier”.

The secrecy attempt was denied. Several more attempts were launched, however they were also denied after a temporary extension of the non-publication orders to allow the Court of Criminal Appeal to consider the application.

A week of sentence hearings started in the NSW Supreme Court last week, while the secrecy was still being argued. Their sentences are expected to be handed down on Friday.