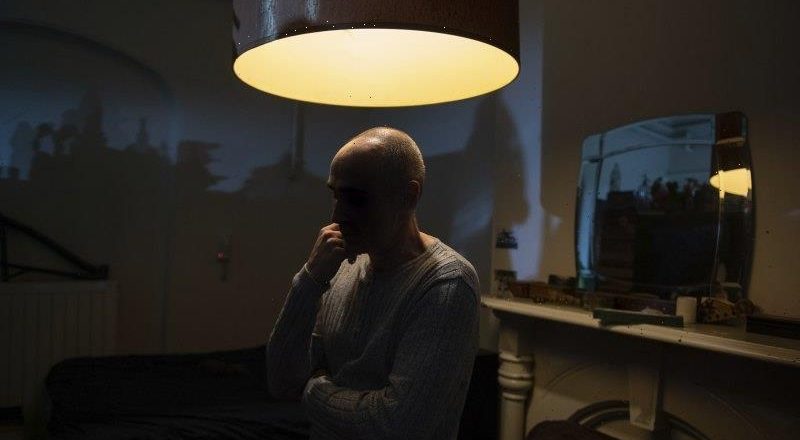 A heritage-listed St Kilda mansion that has, for decades, operated as a boarding house for at-risk Melburnians will be sold by a not-for-profit, evicting 11 long-term residents who fear they will end up homeless again.

Launch Housing, one of the most prominent homelessness services in Victoria, recently announced the controversial decision to its staff, revealing the 14-bedroom, Princes Street home was “running at a financial loss” due to maintenance. 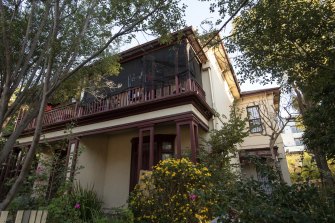 The heritage-listed mansion in Princes Street St Kilda will be sold off later this year.Credit:Penny Stephens

“While we are a not-for-profit organisation, we still need to ensure we financially break even across our program areas to keep meeting increasing community demand for our services and supports,” acting CEO Jack Panton said in a staff memo seen by The Age.

Launch has owned the property since 1977, but Panton said it would sell it in spring and use the money on new social housing projects. The organisation manages more than 1000 properties and directly owns about 20 per cent of those.

Residents – some who have lived at the property up to eight years – said they were shocked and heartbroken at the decision.

“We were called to a meeting two weeks ago with Launch which turned into an eviction,” said Nathan Clapham, who was in and out of homelessness for two decades before moving into the St Kilda accommodation six years ago. 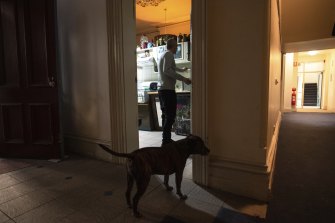 Nathan Clapham says his bedsit in the rooming house has been a safe haven for he and his rescue dog Tiger after years of trauma.Credit:Penny Stephens

“You had to be working or studying to get a spot here, so it was nice, where you can shut your door and have privacy and be safe,” said the 42-year-old, who used to live under bridges in Melbourne’s CBD.

“Now I might be thrown back into temporary housing. I don’t want to be around that ugliness anymore. This is not just a house – this is my home.”

All residents have been assigned a case manager to find alternative housing, but Clapham said he’d been given no assurances of a long-term home – especially not in St Kilda. He fears falling into a spiral of temporary housing again or worse, ending up back on the street.

“I’ve got support networks in St Kilda. I can have my dog here, this is where my life is now,” he said.

Among the residents are men and women of different ages – including one person who is nearly 90. Each room in the house has its own small kitchenette and bathroom – features which those who live there say are what make it peaceful and stable compared to other rooming houses where violence is more common.

When The Age visited the home recently, residents pointed out that the regular cleaning and maintenance staff had not been to the house for about two months.

“The maintenance hasn’t been around for months or the cleaner,” Clapham said.

“The building leaks when it rains, but it’s not in disrepair – I think they just need to put some money into it.”

Sources within the homeless sector, who requested anonymity as they were not permitted to speak publicly, said staff at Launch were alarmed by the decision.

“People were really shocked – we’re trying to end homelessness, and we’re putting these people back at the start when these were success stories,” they said. 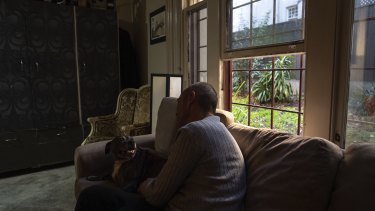 Nathan, who doesn’t wish to have his face shown, and Tiger.Credit:Penny Stephens

Eviction notices seen by The Age include real estate estimates of the property’s worth as between $4.3 and $4.7 million.

The decision was made under the leadership of Panton, who has experienced a previous controversy. In 2018, he faced court and narrowly avoided a criminal conviction after allegedly putting his hands around a barman’s throat.  He worked at Unison Housing – a different social housing provider – at the time.

A spokeswoman for Launch Housing said the decision to sell the St Kilda property was supported by its executive, board and committees, adding that “selling old assets at the end of their useful life, in order to build new ones is standard practice and something we manage very carefully.”

“Other options were considered, including keeping the property or refurbishing, but ultimately the decision to sell and reinvest the funds into better quality, fit-for-purpose housing was made in the interest of sustainability and maximising our impact as a not-for-profit working to end homelessness in Melbourne,” she said.

“We are working carefully on this transition and remain optimistic we will be able to find appropriate housing options for residents.”