Heartbroken son, 56, tells of emotional final goodbye to his retired NHS nurse mother, 83, after she ‘suffocated to death’ from coronavirus in hospital bed

A father-of-three is in isolation away from his children after his mother ‘suffocated to death’ just days after testing positive for COVID-19.

Michael Hardy, 47, was allowed into his 83-year-old mother Rachael’s room at Northwich Park Hospital, Harrow, just hours before she died in her sleep.

His brother Angelo, 56, described their mother’s last moments as ‘pure torture’ as she ‘struggled’ to say what she needed to before her death, the Sun Online reported. 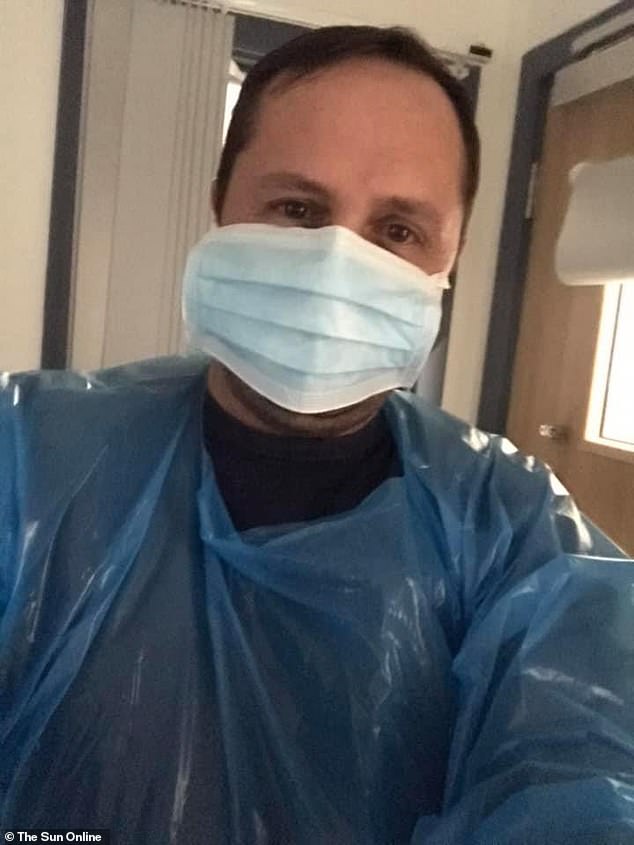 Michael Hardy (pictured), 47, was allowed into his 83-year-old mother Rachael’s room at Northwich Park Hospital, Harrow, just hours before she died in her sleep

‘It just happened so quick, she was deteriorating in front of us,’ said Michael.

He filmed a jovial conversation with his mother, who was in ‘high spirits’, while she lay in her hospital bed just hours before her illness rapidly worsened.

‘It was like suffocating to death – gasping – you’re not able to breathe,’ he added.

Rachael, who lived alone in Eastcote, north east London, first suffered from a cough and fever on March 10 – and after ringing 111 went into hospital.

But the next day she was sent home with antibiotics.

Just four days later she fell onto the floor and couldn’t get up, leading to her son finding her next to her bed 72 hours later. 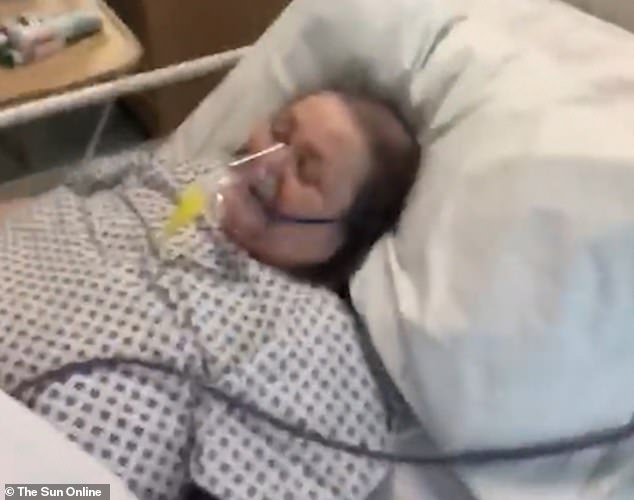 Rachael, who lived alone in Eastcote, north east London, first suffered from a cough and fever on March 10 – and after ringing 111 went into hospital

She was severely dehydrated and taken back into hospital where, on Thursday, March 19, she was diagnosed with coronavirus.

She died the next day.

Her son Michael, who runs a telephone company, thought his mother would be okay right until the end. And described her death as a ‘shock’.

He said Rachael, who had chronic asthma as well as mobility issues, was housebound and never went anywhere so he couldn’t understand where she might have picked up the highly contagious illness.

Michael managed to persuade hospital staff to allow him to don full protective equipment – which he described as a ‘space suit’ – to visit his mother’s ward. 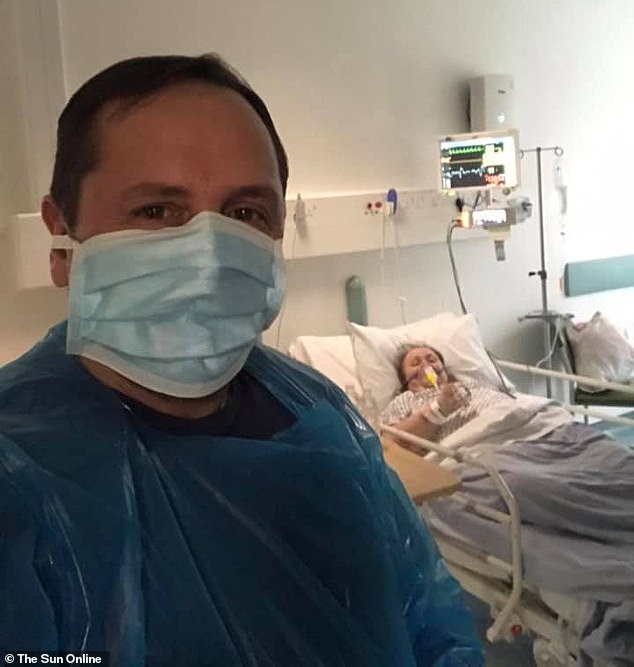 Michael filmed a jovial conversation with his mother, who was in ‘high spirits’, while she lay in her hospital bed just hours before her illness rapidly worsened

He explained his surprise the moment he was confronted by dozens of patients, some gasping for breath, as they battled the deadly virus.

Michael thought that because his ‘happy and loving’ mother had survived a difficult upbringing, heavy bombing during WW2 and a run-in with Cypriot terrorists, she would be okay.

Rachael, who was born in Hull, was given up by her ‘unwell’ mother and raised by an adoptive family who treated her as a slave.

She left for London at the age of 18 and worked as a nurse, but later left to join The Navy, Army and Airforce Institutes in Cyprus.

There she fell in love with Paul’s father, a high-ranking police officer who worked for a secret force, but had to leave when he was viciously beaten up by EOKA terrorists.

Last week, when the hospital called with bad news Michael and Angelo raced to the isolation ward to put their brother Paul, 59, and Michael’s kids on the phone to speak to her.

Before the pair left the ward, their mum told them: ‘I’m tired now, I’m going to go to sleep.’  She later passed away.

The brothers are now self-isolating together in Harmondsworth, Hillingdon.