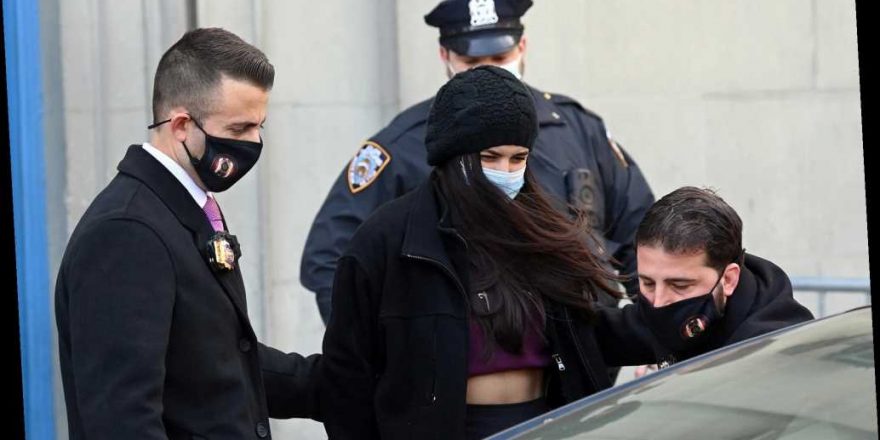 She’ll be back: ‘Soho Karen’ returning to NYC to face charges for alleged attack on black teen

She wasn’t in custody for long.

Just hours after “Soho Karen” Miya Ponsetto was hauled back to the Big Apple in police custody, she made her first court appearance on attempted robbery and attempted assault charges for allegedly attacking the 14-year-old son of jazz trumpeter Keyon Harrold at a Manhattan hotel — and sprung on supervised release.

Ponsetto, 22, did not enter a plea during the proceeding at the Red Hook Community Justice Center in Brooklyn. She was ordered to stay away from Harrold and the teen.

She’s next due in New York court March 29. Ponsetto was also charged with endangering the welfare of a child and grand larceny in the fourth degree.

Ponsetto made national headlines when she was caught on video falsely accusing Keyon Harrold Jr. of stealing her iPhone at the Arlo Hotel. Video posted to Instagram by the teen’s father shows Ponsetto allegedly attacking Keyon and trying to snatch his phone.

The Piru, Calif., woman had actually inadvertently left her phone in an Uber. The driver later returned the device.

Ponsetto initially left New York as outrage over the Dec. 26 incident grew. She allegedly tried to slam her car door on an officer when local cops finally nabbed her Thursday.

The same day, she was interviewed by Gayle King of CBS News, telling the interviewer, “I consider myself to be super sweet. I really never, never meant for it to hurt him or his father either.”