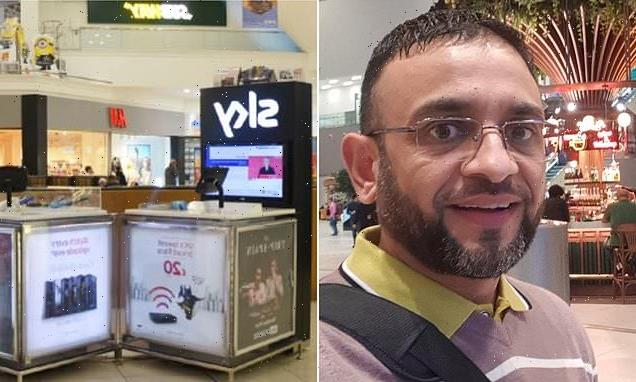 Sky employee, 44, who won unfair dismissal case loses bid to get his job back after he said two young girls wearing short skirts was an ‘open invitation to get raped’

A Sky employee who was dismissed after telling a colleague if two young girls wearing short skirts were raped it would be ‘their own fault’, has lost his bid to get his job back.

Retail advisor Raja Minhas had sought his job back at a remedy hearing after being dismissed for comments about the teenagers as they walked past his Sky stand in a shopping centre in Blackburn, Lancashire.

A colleague reported the 44-year-old to bosses claiming he told her, ‘girls in general who wear skirts like that and then get raped, it’s their own fault’, the hearing was told.

The alleged comments sparked a heated row with his fellow employee Mia Klemetti, who said she would ‘rethink’ what she would wear when she worked with him again.

The tribunal heard the employees were working at the shopping centre to drum up business for Sky products in June 2019.

Earlier this year a tribunal judge ruled that the dismissal was unfair and Mr Minhas, of Nelson, Lancashire, said he would be seeking his old job back.

But in papers recently published he was told this was ‘not a practical solution’ and should instead receive monetary compensation. 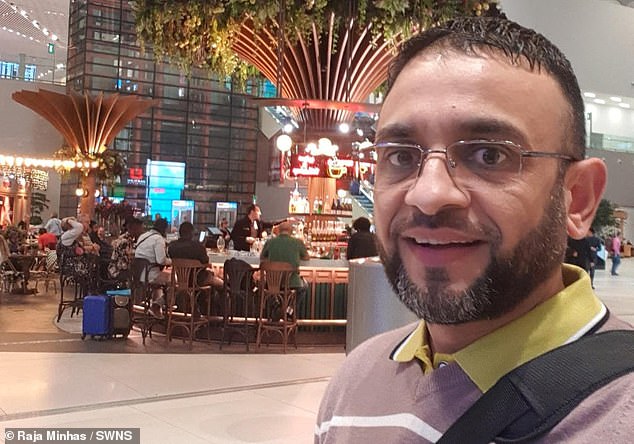 Raja Minhas (pictured above), 44, had sought his old job back at a remedy hearing after being dismissed for comments about the teenagers as they walked past his shopping centre stand

Mr Minhas had told investigators: ‘I saw two girls walking past, both girls were dressed inappropriately.

‘You could see the outline of their bodies. I mentioned that if this were Pakistan, people would be looking and it’s like an open invitation to be getting raped.’

He later said he thought the conversation with Ms Klemetti was simply an exchange between two colleagues and ‘regretted’ upsetting her.

A complaint was then made to his bosses and Mr Minhas said in an interview that his comment was a ‘momentary lapse of judgment’ which would not be repeated and which he regretted.

Ms Klemetti said during her interview she believed a woman should be able to wear what she wanted, and that ‘no one should be talking about rape on the basis that it is someone’s fault because of what they wear.’

She accepted their discussion had became ‘heated’ and confirmed it had upset her.

However, she said the claimant was ‘not a bad guy’ and was entitled to his opinion.

Mr Minhas was described as ‘contrite, apologetic, and full of remorse’ but was dismissed by Sky for gross misconduct and ‘violating common decency’.

Employment Judge Mr Robinson said: ‘It is not practicable to reinstate or have the claimant re-engaged by the respondent, his remedy must be monetary compensation.’ 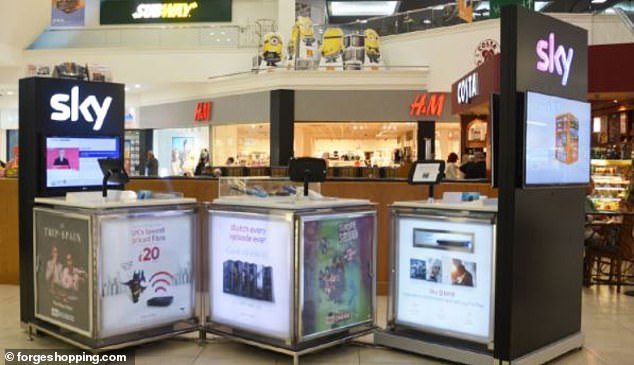 Both Sky and Mr Minhas were asked to raise any issues in relation to awarding a week’s pay.

Speaking after the original verdict, Mr Minhas said: ‘At the moment I don’t want to say much. But I am pleased with what the tribunal has done in ruling in my favour.

‘The main thing was to show that Sky made it out to be exaggerated which was disappointing. It was something that was not nice and I am pleased it has been put right.’

He said he had been hopeful over getting his old job back, but declined to comment after the latest ruling.

Returning his original verdict, Mr Robinson said: ‘The claimant made a foolish remark in the context of a discussion with Ms Klemetti about people’s dress generally.

‘The claimant had strong views about the issue and he expressed them in forceful terms to his work colleague and she vociferously opposed them. The conversation was ten to fifteen minutes long and became heated.

‘He came to regret it when he realised that the matter was being taken seriously. Up to that point he thought that he was having an informal chat, which would be taken no further.’

The judge said the dismissal was unfair because the two colleagues were talking to each other and not to any member of the public or indeed any other Sky employee.

He said Ms Klemetti herself did not complain and, when giving evidence to the tribunal, she did not believe it would go as far as it did.

But he added: ‘The claimant was guilty of some misconduct because Ms Klemetti did feel that she would not dress in a certain way in front of the claimant.

‘This was a heated argument between two people who had two different views of how people should dress in public.

‘The incident did not require the claimant to be dismissed and such a sanction in all the circumstances of this case is outside the band of reasonable responses.

‘Mr Minhas never condoned rape. He had a view as to how a certain kind of dress might effect the way some men may behave.

‘Much was made by the respondent witnesses about the possibility that Sky’s brand would be damaged. That was an improbable outcome.

‘The discussion between the claimant and Ms Klemetti was a private one.’