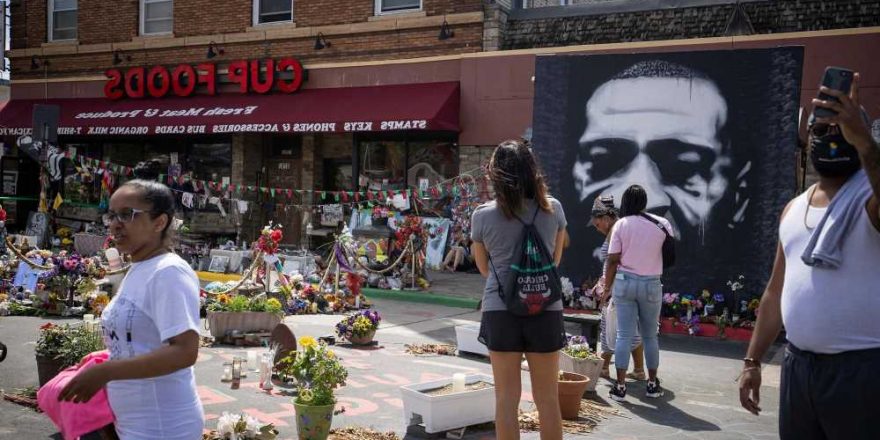 Minneapolis faced with uptick in violence since murder of George Floyd

At least one person was shot Tuesday in Minneapolis’ George Floyd Square on the one-year anniversary of the infamous murder that sparked the Black Live Matter protests. Though specifics are sketchy, it was reported the suspected gunman fled in a vehicle “at a high rate of speed.”

It is difficult to escape the bitter irony. Floyd’s death was an outrage. But the response — to vilify all cops, and “defund” them — has backfired. Shootings and murders have skyrocketed in cities such as Minneapolis, St. Louis and New York. The movement has done little to reform departments, but it has undermined thousands of police tasked with protecting the most vulnerable people in the most crime-ridden communities.

Last summer, the Minneapolis City Council called for abolishment and replacement of the city’s police department with “new transformative model for cultivating safety.” Though a number of council members would later walk back their demand, since then, over 250 officers have resigned or left the department, which is now seriously shorthanded.

It’s probably no coincidence that Minneapolis police recorded nearly 5,000 violent crimes — murder, rape, robbery, and aggravated assault — or approximately a 1,000 more in 2020 than the previous five-year average. Crime hasn’t slowed in 2021. Over two dozen children, who will never have a square named after them, have been shot in Minneapolis already this year.

In May alone, three kids — aged 6, 9 and 10 – were shot in the head by random bullets, yet police are making far fewer arrests this year than in years past.

Minneapolis is not alone. Once the job of choice for idealistic children everywhere, major metro areas now struggle to find recruits.

At the same time, beleaguered police departments across the nation are facing a surge of retirements. In New York, Philadelphia, Seattle, Los Angeles, and numerous smaller departments, the story is the same. The Police Education Research Foundation says there is “workforce crisis.”

None of this is to excuse the bad behavior of a minority of police officers. Society entrusts cops with extraordinary powers and responsibilities. It shouldn’t be forgotten, however, that Derek Chauvin was fired and convicted of second-degree unintentional murder, third-degree murder and second-degree manslaughter. Three other officers who were at the scene of the Floyd murder also face criminal charges.

Cities need police departments that offer accountability and better training. What cities don’t need is angry sloganeering and blanket condemnation of all cops. The shots fired at George Floyd Square remind us that the latter does nothing to help African-American communities, or anyone else.