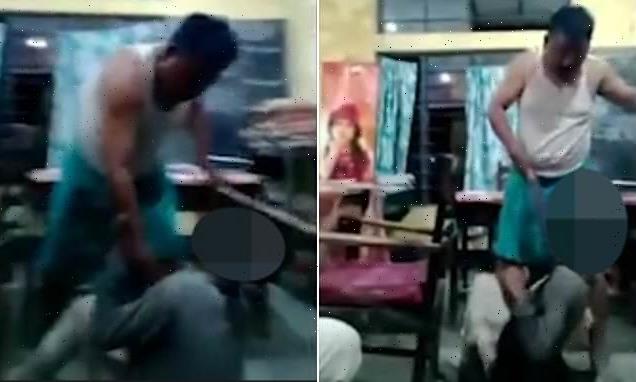 This is the shocking moment a 13-year-old boy is repeatedly beaten by a police officer in India for stealing biscuits.

Footage, which has gone viral on social media, appears to show an assistant sub inspector at Laharighat police station thrashing a teenager.

The officer seemingly ignored the boy’s pleas for forgiveness and continued to smack him with a white stick. 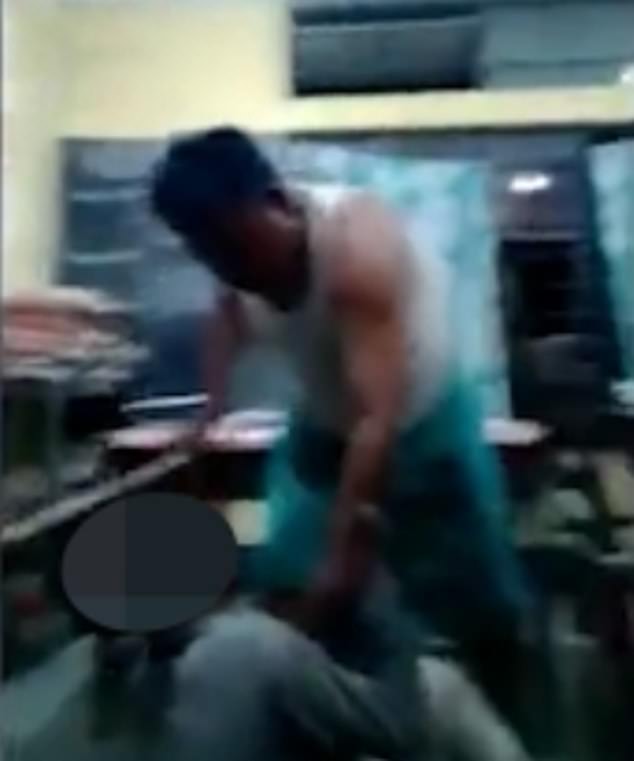 A man confronts the boy for apparently stealing biscuits and then proceeds to beat him with a rod, captured on mobile phone footage

At one point the boy cried hysterically and jumped up and down with his fingers in his ears.

The final moments of the film show three men standing over the distressed teenager without trying to stop the officer, who has been suspended over the incident.

The boy was caught stealing biscuits from a van, it has been claimed.

Laharighat police station is located in Morigaon, Assam, which is in north east India.