Emirati minister of tolerance who was accused of ‘serious sexual assault’ by Hay literary festival organiser in Abu Dhabi will not face prosecution, CPS say

No legal case will be brought against the Emirati minister of tolerance after he was accused of ‘serious sexual assault’ by the organiser of the Hay literary festival in Abu Dhabi.

Caitlin McNamara, 32, had claimed the Gulf Royal kissed and groped her when she went to visit him at his private island villa in February to discuss Hay’s first literary festival in Abu Dhabi.

It is the latest crisis for the festival after Peter Florence, the co-founder and head of the festival, was suspended last week over claims he bullied staff. 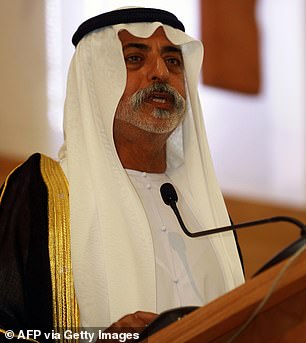 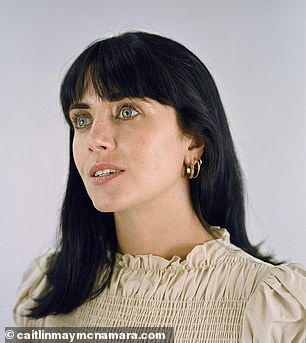 Sheikh Nahyan Mubarak Al Nahyan, 69, (pictured left) was accused by a British woman – Caitlin McNamara (right), the organiser of the Hay literary festival in Abu Dhabi – of sexually assaulting her on Valentine’s Day

He was the first point of contact for Ms McNamara after the alleged assault.

Ms McNamara was interviewed by Scotland Yard after returning to the UK and reporting the alleged crime.

Her lawyers hoped the CPS would be able to prosecute the Gulf royal under the concept of ‘universal jurisdiction’, The Times reports.

‘Universal jurisdicion’ allows serious offences to be tried despite them not having taken place in the UK.

The Metropolitain Police confirmed they looked into charges of sexual assault and also torture – one of the few offences where the usual rules regarding jurisdiction do not apply. 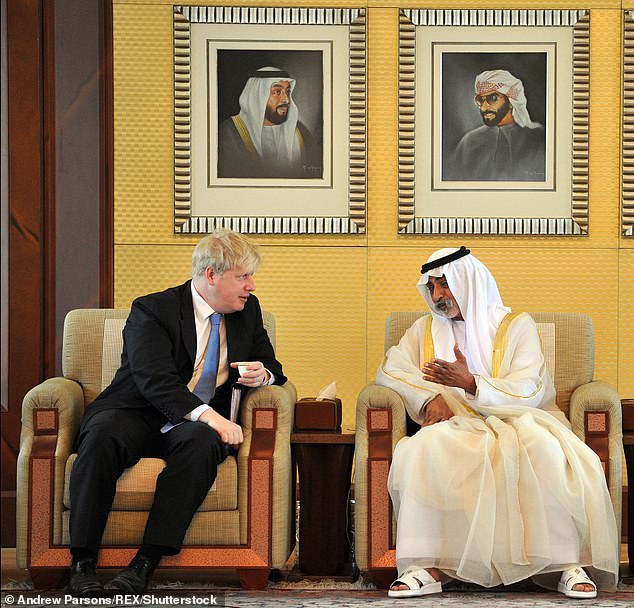 The sheikh – who is a member of Abu Dhabi’s ruling family and likes to be known as the ‘Sheikh of Hearts’ – denies any wrongdoing. Pictured: Mr Johnson and the Sheikh in 2013 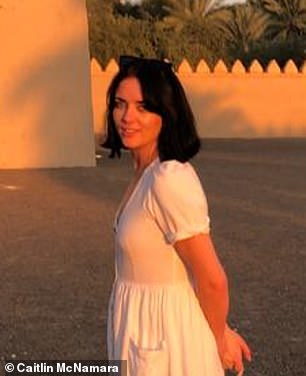 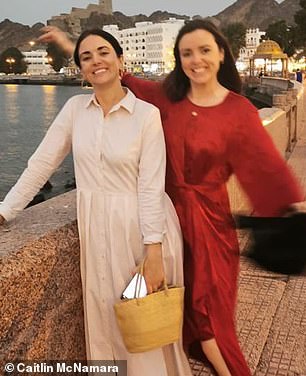 Ms McNamara waived her right to anonymity and, in an interview with the Sunday Times, spoke publicly about the alleged assault

The sheikh – who is a member of Abu Dhabi’s ruling family and likes to be known as the ‘Sheikh of Hearts’ – denies the allegations.

Jenny Hopkins, the head of the CPS special crime and counter terrorism division, told The Times: ‘The CPS has carefully reviewed evidence passed to us by the Metropolitan Police after a British woman reported being sexually assaulted earlier this year while working abroad.

‘However, after thorough consideration, we have concluded that the evidence does not support a prosecution and will not be taking the case any further.

‘I understand this is not the outcome the complainant wanted, but the CPS must ensure that the law is properly applied, and make fair, objective and independent decisions in every case.’ 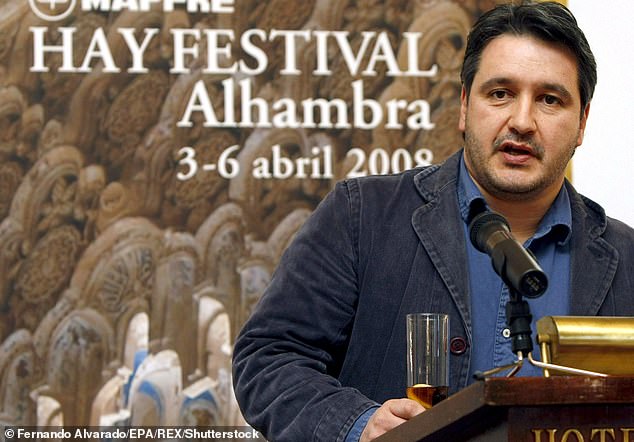 Festival head Peter Florence, pictured, was suspended on October 1 when a formal complaint of bullying was upheld against him after grievance proceedings had taken place, sources say 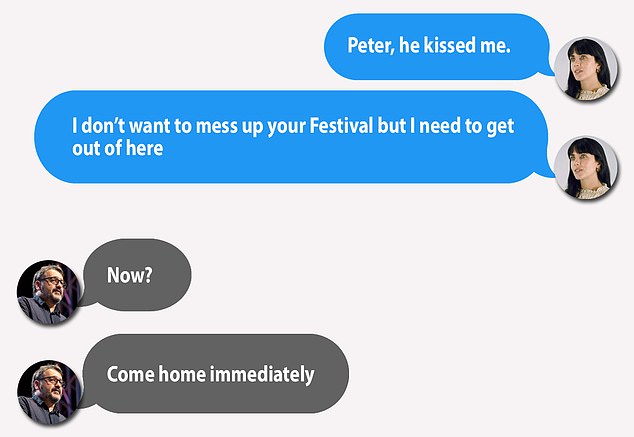 Peter Florence was Ms McNamara’s first point of contact after the alleged assault. In text exchanges with Florence, she told him that Nahyan had kissed her and that she needed to ‘get out of here’. Florence told her to ‘come home immediately’

Officers investigating the case said they would be happy to meet with Ms McNamara to discuss their justifications for not pursuing the case.

They revealed that because the alleged crimes did not involve a complainant under 18 and took place abroad, the case did not meet the threshold for prosecution.

Ms McNamara waived her legal right to anonymity as an alleged victim of a sexual assault to speak out about the alleged assault because she felt she had ‘nothing to lose’.

Ms McNamara had spent almost six months working at the Sheikh’s ministry after being hired by the Hay festival to organise its first event in the UAE.

On the morning of the alleged assault, which was Valentines Day, she said she received a phone call from the Sheikh inviting her to dinner, saying she had never spoken to him on the phone before then.

She endured a ‘four hour ordeal’ in which he allegedly rubbed her breasts, tried to kiss her, pinned her to a bed and groped her.

Shortly after she spoke out about her ordeal, the literary festival was rocked by another scandal when it emerged it’s co-founder Mr Florence was suspended over separate allegations which predate the incident in Abu Dhabi. 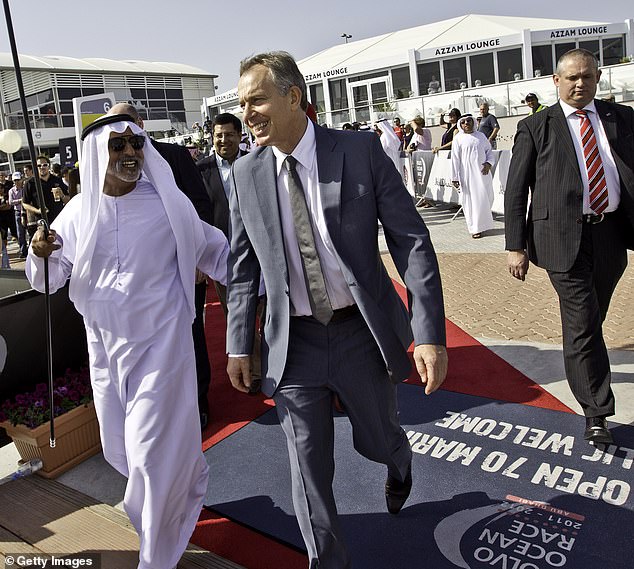 Florence was reportedly suspended on October 1 when a formal complaint of bullying was upheld against him after grievance proceedings had taken place.

The source told the Times: ‘This is something that has been going on for some time. Let’s just say that Peter is known to have a particular style of management.’

Florence, who founded the festival with his parents in 1998, has been signed off sick since his suspension and is said to still be unwell meaning the conclusion of the grievance proceedings has been delayed.

According to Business Insider, it controls a sovereign wealth fund with assets estimated to be worth £640bn, including Manchester City football team.

In 2013, Nahyan, who was educated in the UK and attended Oxford University, welcomed Boris Johnson to Abu Dhabi when he came to the country as part of a trade mission.

At the time, the sheikh was minister of culture and youth. In the same role, he also hosted Tony Blair when he attended the opening of the UAE’s global education and skills forum.

Hay Festival organisers said they will sever all links with the UAE while Sheikh Nahyan remains in post.