Former Jesuit brothers at two of Australia's most prestigious Catholic schools have been charged with historic child sex offences after allegations against them emerged recently.

Theo Overberg, the secretary for the Jesuit Conference Asia-Pacific at the Jesuit Curia in Rome, and Laurence Leonard, who recently served as spiritual director at the Corpus Christi seminary in Melbourne, have each been charged with indecently assaulting three boys during the 1970s at Sydney’s St Ignatius College Riverview. 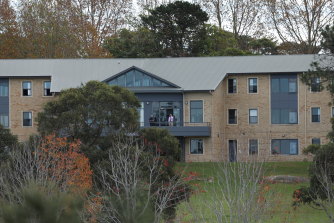 Both men have been issued with summonses to appear at Sydney’s Hornsby Local Court on Wednesday. It is not known whether either priest will appear or instead will be represented by their lawyers.

The investigation into the alleged offences began in 2017 when a report was made that a teenage boy had allegedly been assaulted by a man known to him at St Ignatius, Riverview, in 1973, NSW Police said in a statement.

"During the course of the investigation, officers received information of other alleged indecent assaults at the school between 1973 and 1978," the police statement said.

"Following extensive inquiries, on Friday September 25, 2020, detectives charged two men, aged 74 and 76, each with three counts of indecent assault … it will be alleged in court that the older man indecently assaulted three boys, then aged 12, 12 and 13, between 1973 and 1978.

"It will further be alleged that the younger man indecently assaulted three boys then aged 15, 17 and 17 on separate occasions in 1975."

Father Leonard was chapel master, registrar and spiritual director for the 10- to 13-year-old boys at Melbourne’s Xavier College between 1987 and 1990. He has not been charged with any offences while at that school.

Father Overberg, who was born in the Netherlands and emigrated to Australia as a child, was the rector of Adelaide’s Aquinas College between 1986 and 1997. He moved to Rome in about 2010.

Historical allegations against a number of other Jesuit teachers, including those from Xavier and St Ignatius, have been aired in the royal commission into religious institutions, or in private settlements and the criminal courts.