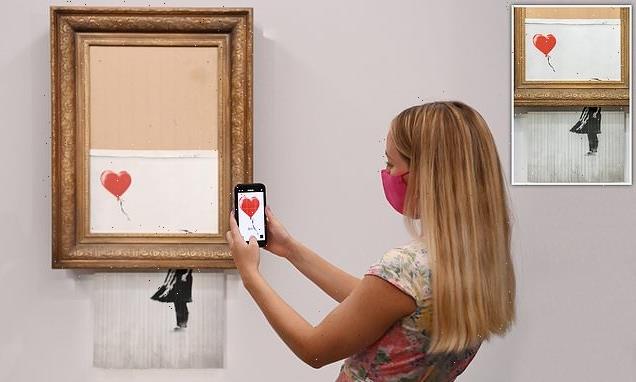 A Banksy painting that partially shredded itself after being sold at auction is going back under the hammer – with a guide price almost six times higher than the original sale price.

The subversive street artist stunned the art world when his Girl With Balloon attempted to self-destruct in London in 2018 immediately after the conclusion of the auction.

A collector had the top bid at £1.1 million. 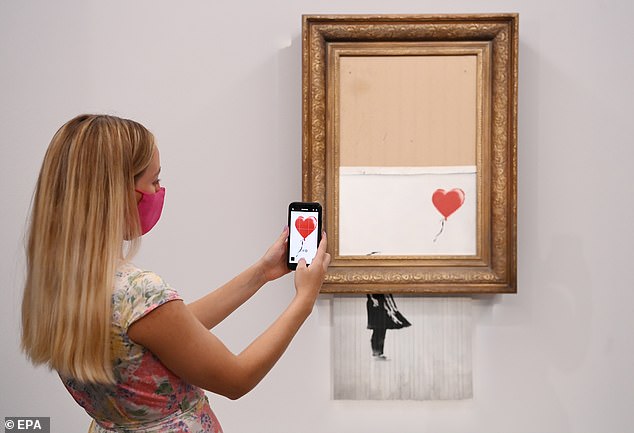 Banksy’s Girl With Balloon attempted to self-destruct after it was sold at auction for £1.1 million in London in 2018 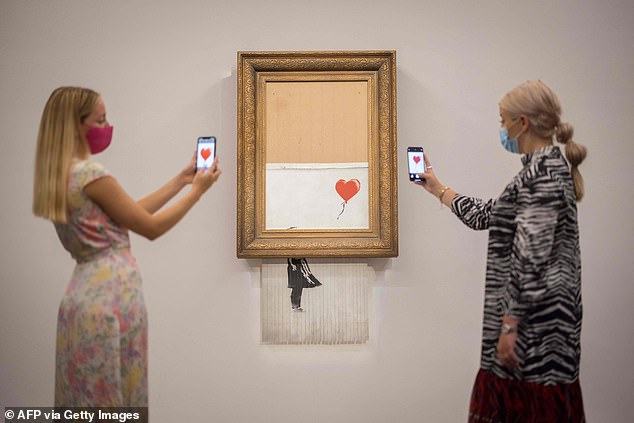 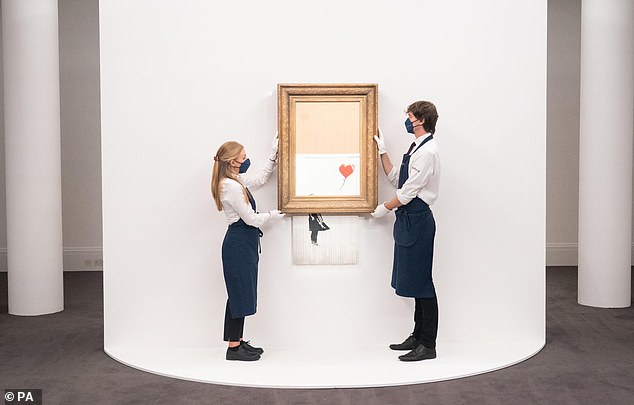 The canvas was passed through a secret shredder hidden in the large Victorian-style frame, leaving the bottom half in tatters and only a solitary red balloon left on a white background in the frame.

The painting, re-titled Love Is In The Bin after the shredding, is now back on offer and will appear at a Sotheby’s auction in October.

It has an estimated selling price of between £4-6 million.

Girl With Balloon, which depicts a small child reaching up toward a heart-shaped red balloon, was originally stencilled on a wall in east London and has been endlessly reproduced, becoming one of Banksy’s best-known images.

Banksy rose to prominence through a series of graffiti pieces that appeared on buildings across the country, marked by their satirical themes. 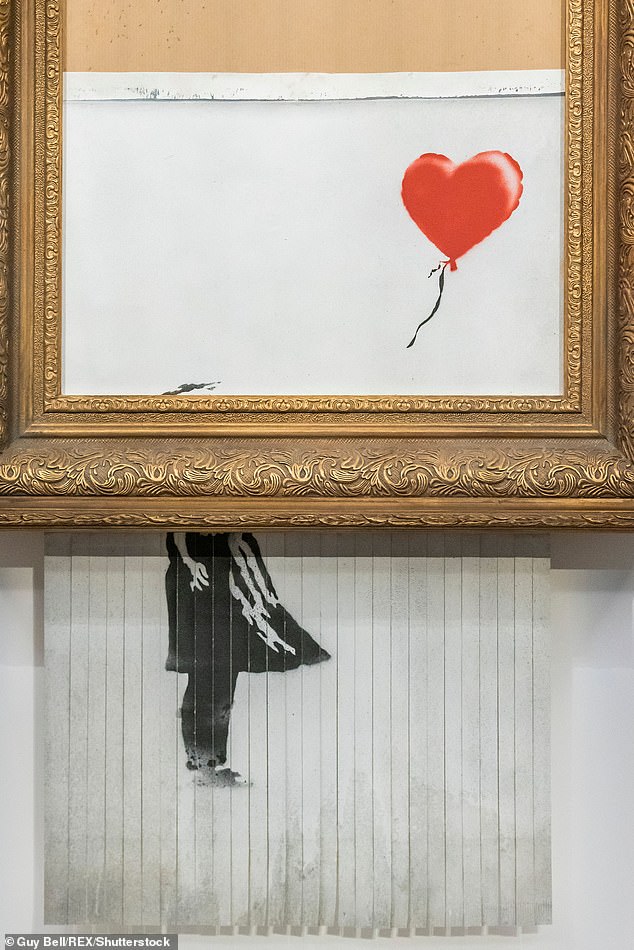 The owner decided to go through with the £1.1 million purchase even after the artwork tried to destroy itself 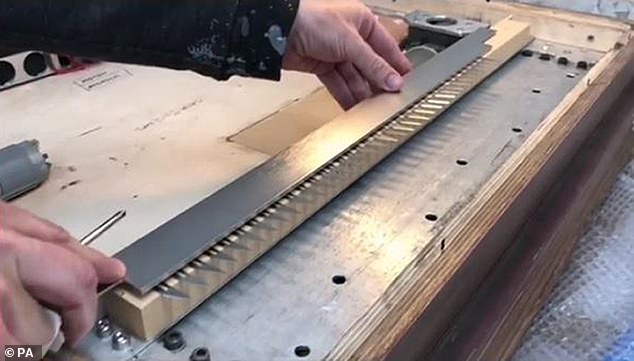 The self-destruction was the latest in a long history of anti-establishment statements by the mysterious street artist.

Other recent works included the opening of Dismaland, his dystopian, Disneyland-esque theme park in 2015, which he described as a “family theme park unsuitable for children”.

Love Is In The Bin will be offered at auction on October 14.