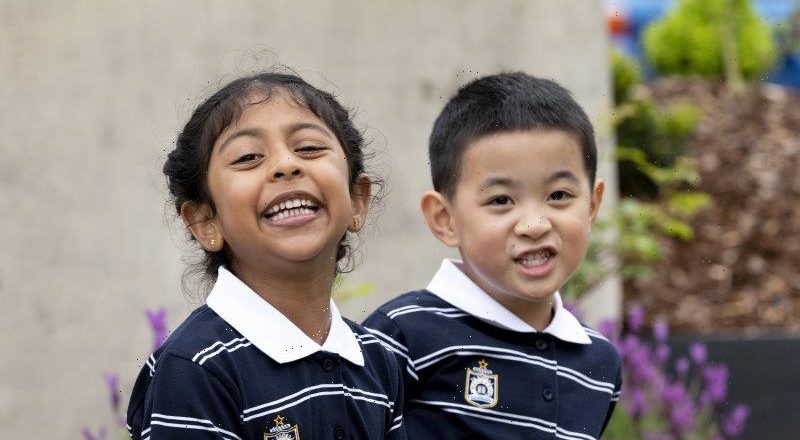 A request from Caulfield Grammar School’s female students to wear pants and shorts has prompted a school-wide uniform overhaul focused on student choice and gender-neutrality.

The independent school this year began rolling out the first new uniform in its 40-year history as a co-educational school. 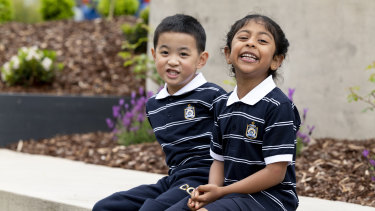 Sue Sonego, the school’s director of community engagement and uniform project head, said the move to gender-neutral uniforms had begun with the girls’ request in 2016 and grown naturally from there with student and family consultation.

“They have a voice, they have ideas and they have opinions, and their input has been incredibly valuable and insightful right throughout the project,” Ms Sonego said.

“No more limitations on gendered items. Depending on student preference, they can choose the items that work most comfortably for them. 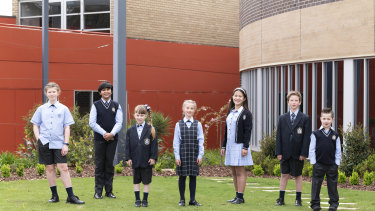 “Our new uniform range is all about providing choice for each and every student, however they identify.”

Changing attitudes and approaches to uniforms have been a constant over the past few years. Many independent co-educational schools have made the move to offer girls pants and shorts as an option, including Wesley College and Haileybury, as have girls’ schools such as Shelford Girls Grammar, Sacred Heart Girls’ College in Hughesdale and MLC in Kew.

In 2017, Victorian Education Minister James Merlino mandated that girls attending state schools have the option of wearing shorts or trousers.

Lowther Hall Anglican Grammar School in Essendon went one step further in 2018 and made pants compulsory while earlier this year, Kingswood College in Box Hill replaced its old uniform with activewear.

The new Caulfield Grammar uniform has three wardrobes for early learning, junior and senior schools and is transeasonal, allowing students to mix and match without adhering to strict summer or winter dress codes. It features gender-neutral blazers, ties, shirts, jumpers, shorts and pants while skirts and dresses are still available for students who want to wear them.

Students have told the school they feel more free and comfortable in the new clothes.

The range was created by designer Jonathan Ward, who has been working with schools on their uniforms for more than 30 years. He redesigned Wesley College’s uniform to be more inclusive and y created a Pride jersey for Brighton Grammar School’s football team featuring the rainbow flag. 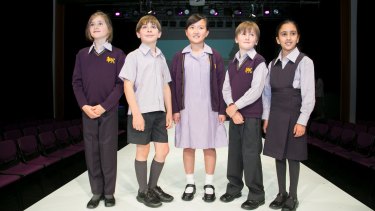 Mr Ward said there should be different options for students as they grew and developed.

“… You have to be respectful; you might have a student perhaps going through a transition,” he said. 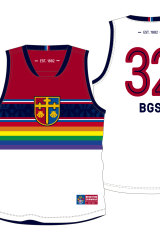 Similar change is happening across the country with Hunters Hill High School in Sydney releasing a new uniform that is both gender-neutral and environmentally sustainable.

“Involving students in uniform design is so important because ultimately what the students wear, as long as it is uniform, affects no one but the students,” she said.

“Non-binary uniforms are not only beneficial for gender-diverse students, but crucial to inclusion within a school.”

Our Morning Edition newsletter is a curated guide to the most important and interesting stories, analysis and insights. Sign up to The Sydney Morning Herald’s newsletter here, The Age’s here, Brisbane Times’ here, and WAtoday’s here.