SCARY video shows a bloodied Trump fan at the "Million MAGA March" fall after allegedly "being assaulted by an anti-fascism protester."

The horrifying incident was captured on video by independent journalist Brendan Gutenschwager in Washington DC on Saturday. 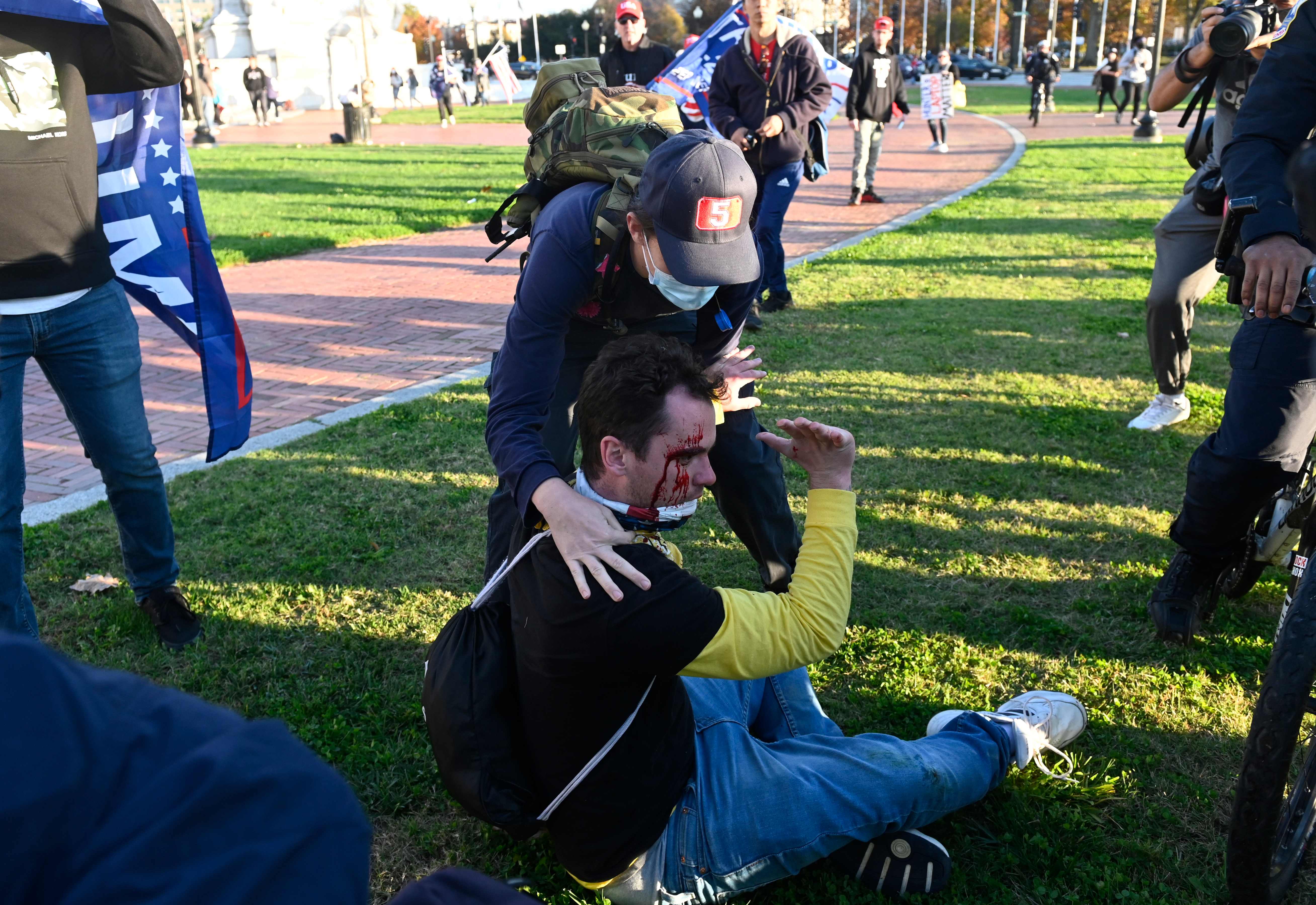 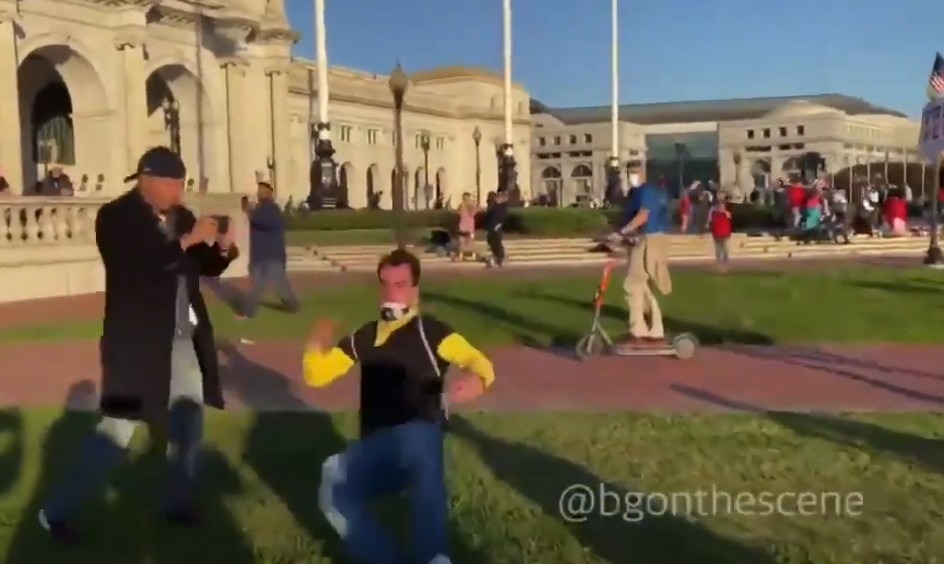 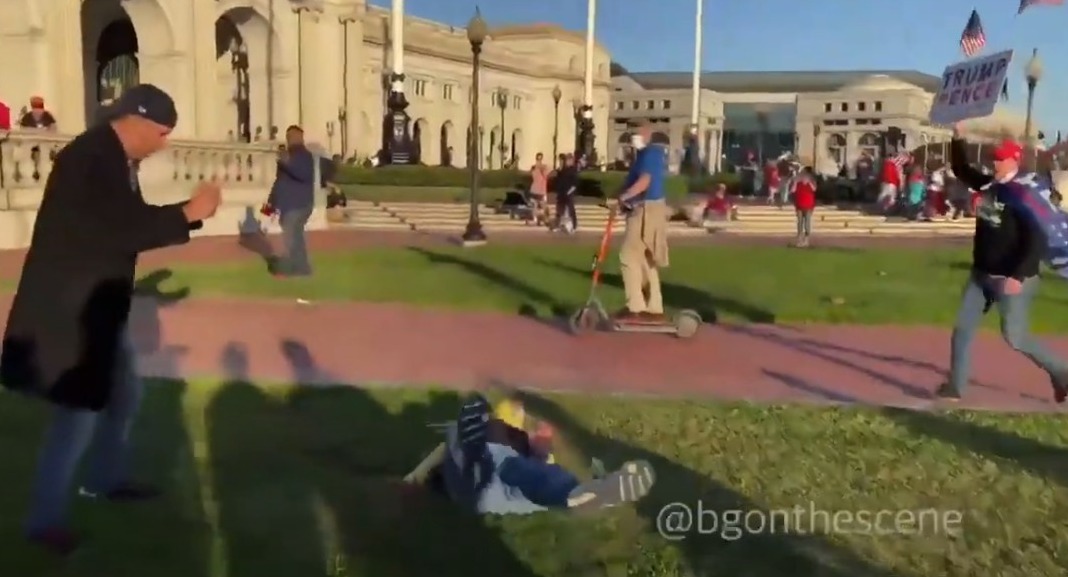 In the video, a man was seen pulling himself off the ground as he tried to stand.

He was seen grabbing his head, which was covered in blood.

Blood dripped down the entire right side of his face.

Once the man got to his feet, he fell backward, collapsing on the ground.

Police then swarmed around the man, surrounding him in a circle with their bicycles to shield him.

"Back up!" cops shouted as the man was tended to. 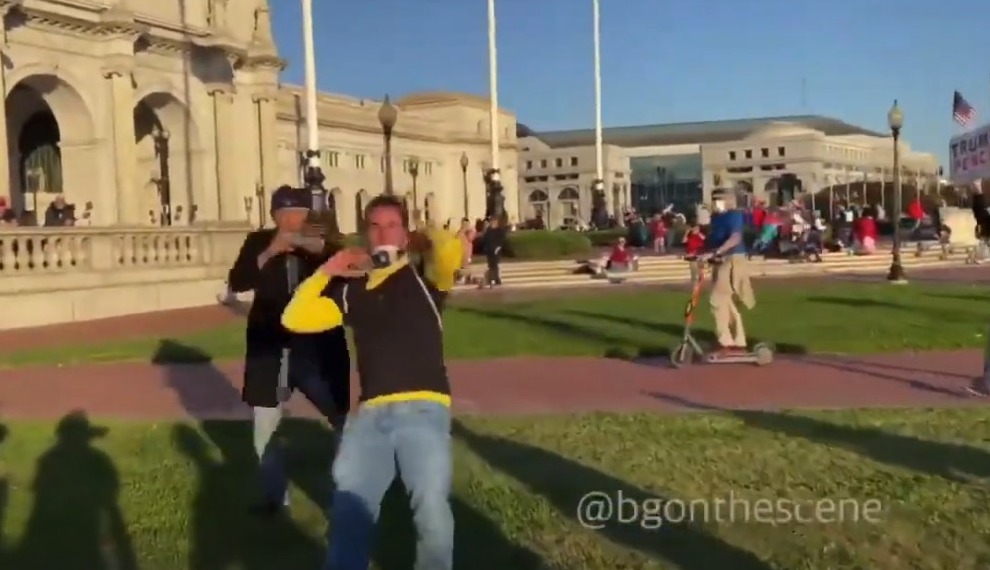 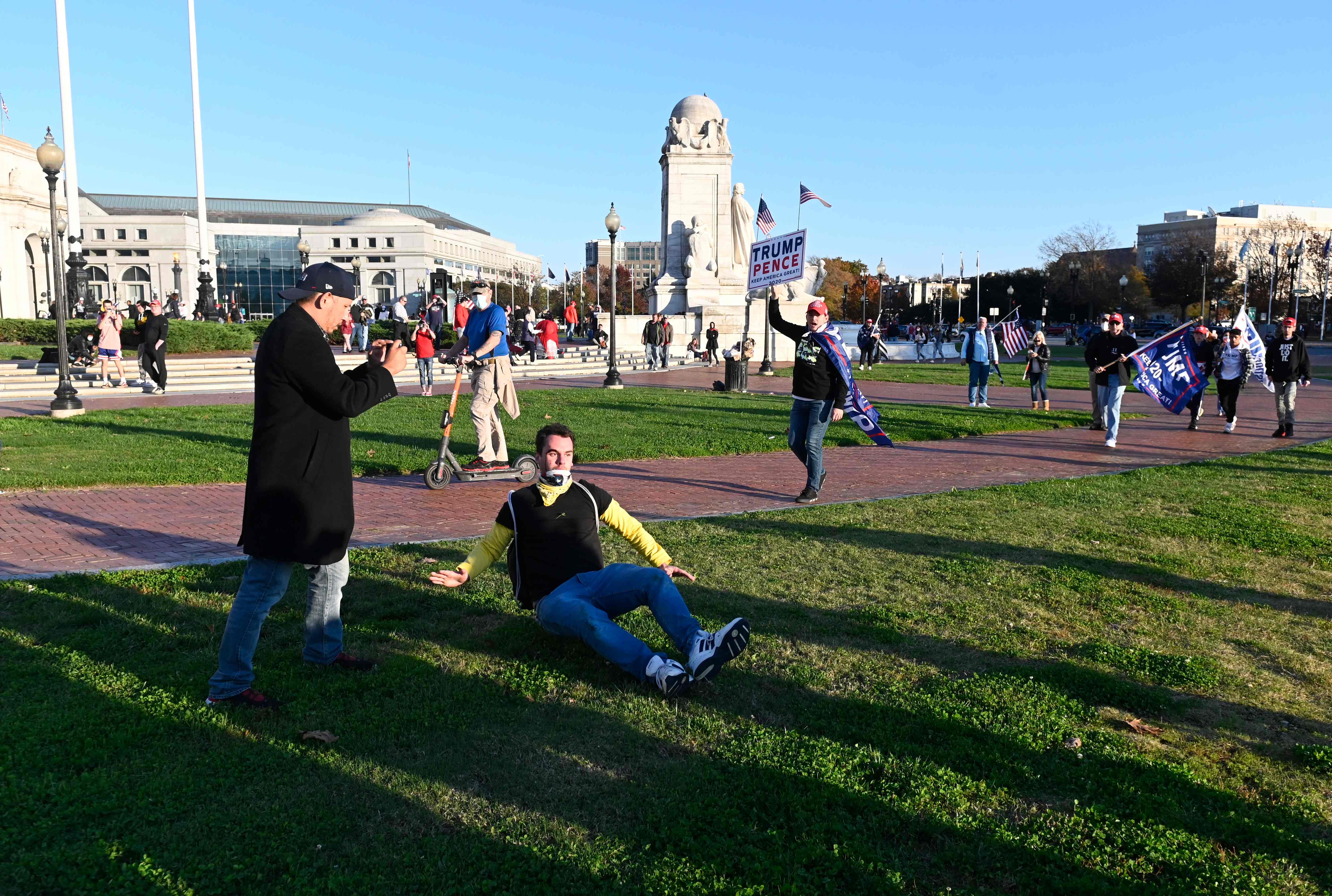 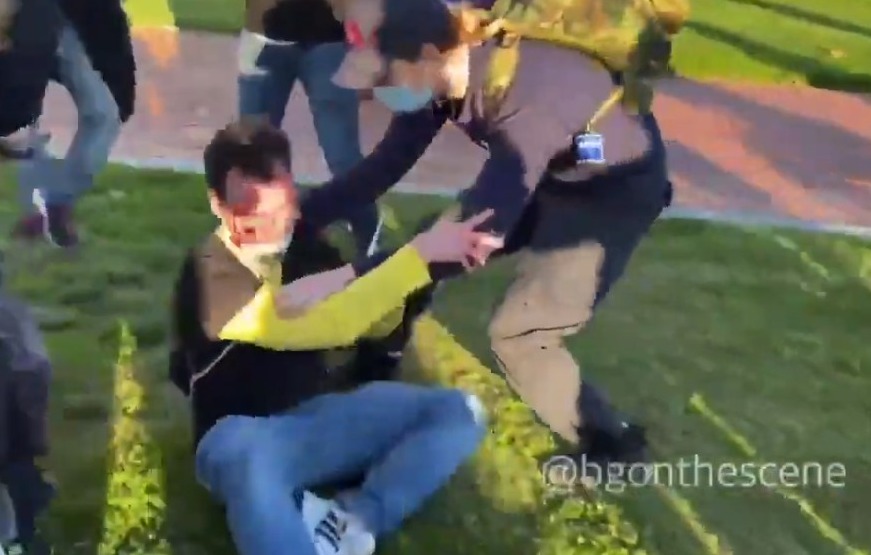 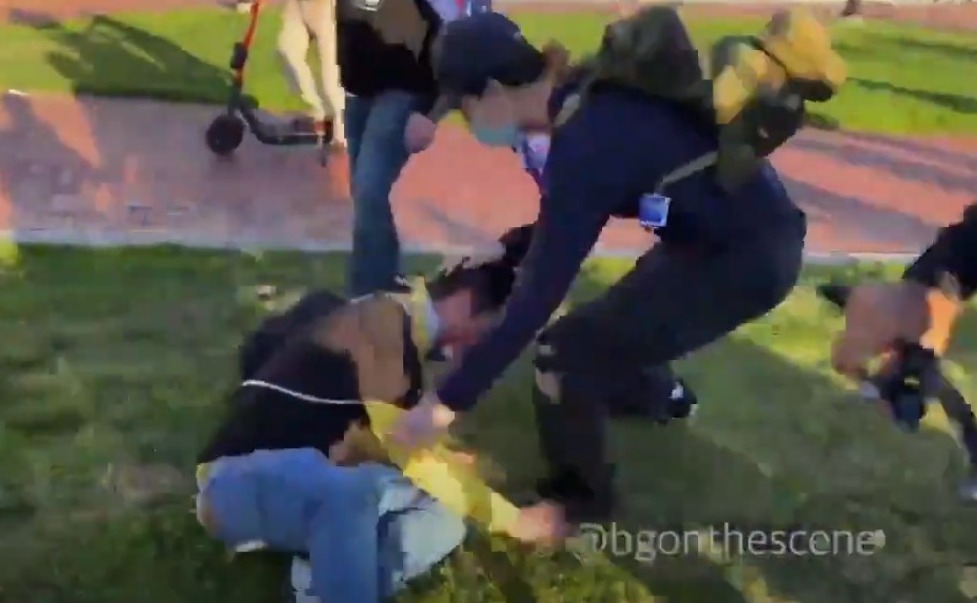 Photos showed the injured man, as medics held cloth to his face while he bled.

According to Gutenschwager, the man who collapsed was a "Trump supporter" who had just been "assaulted by a man in black bloc.

Blac bloc refers to all-black clothing and masks worn by demonstrators, to conceal their identity.

It's often worn by hard-left activists, anarchists, and anti-fascists (known as antifa), according to The New York Times.

The incident came at the "Million MAGA March," where thousands of Trump supporters marched in the streets of DC to the Supreme Court to protest the results of the election. 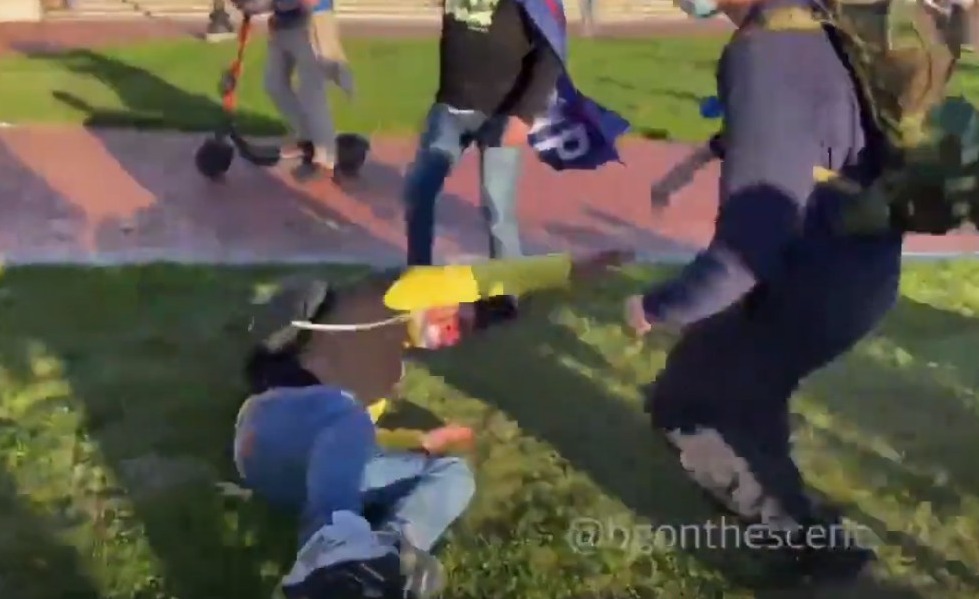 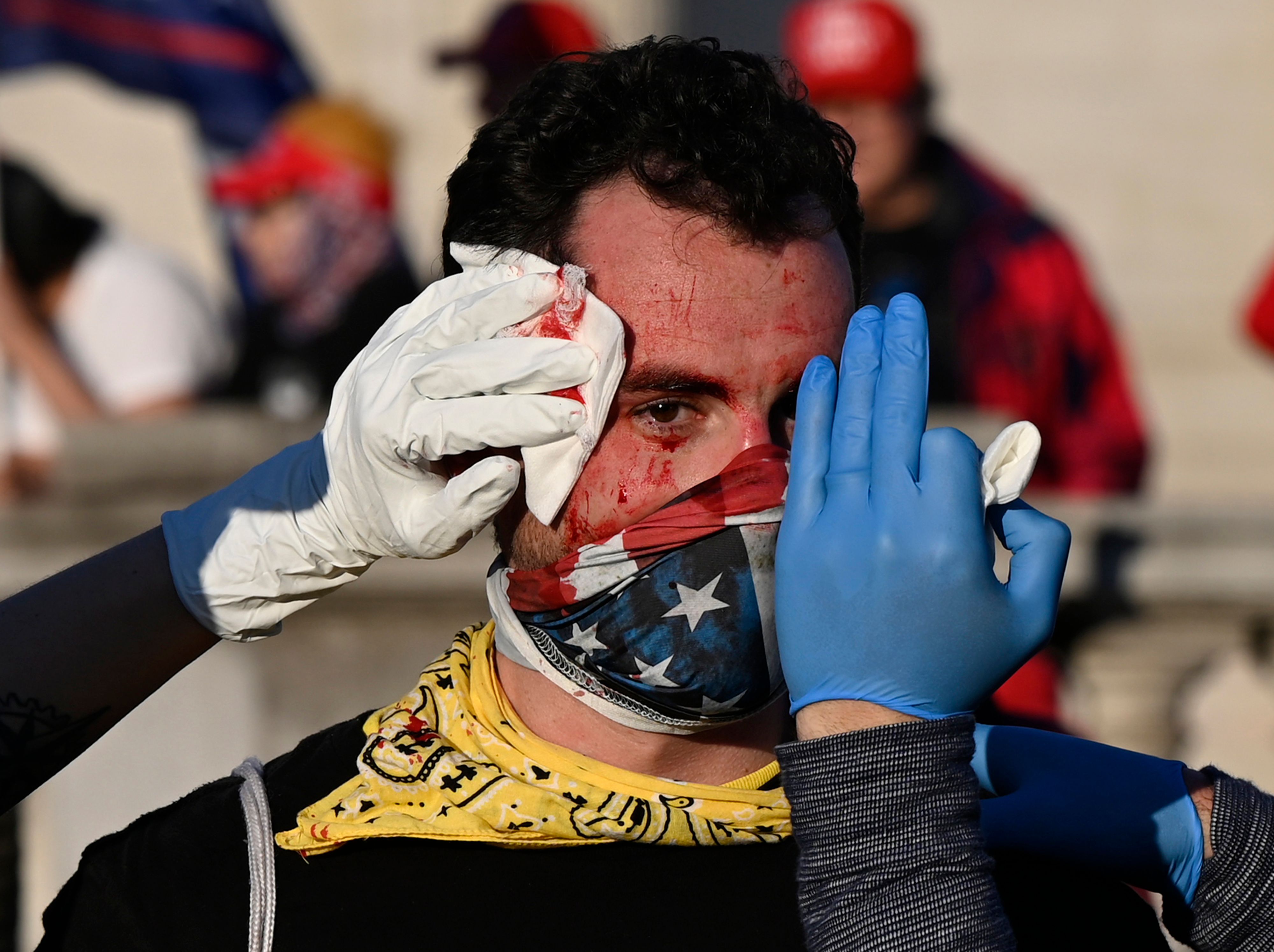 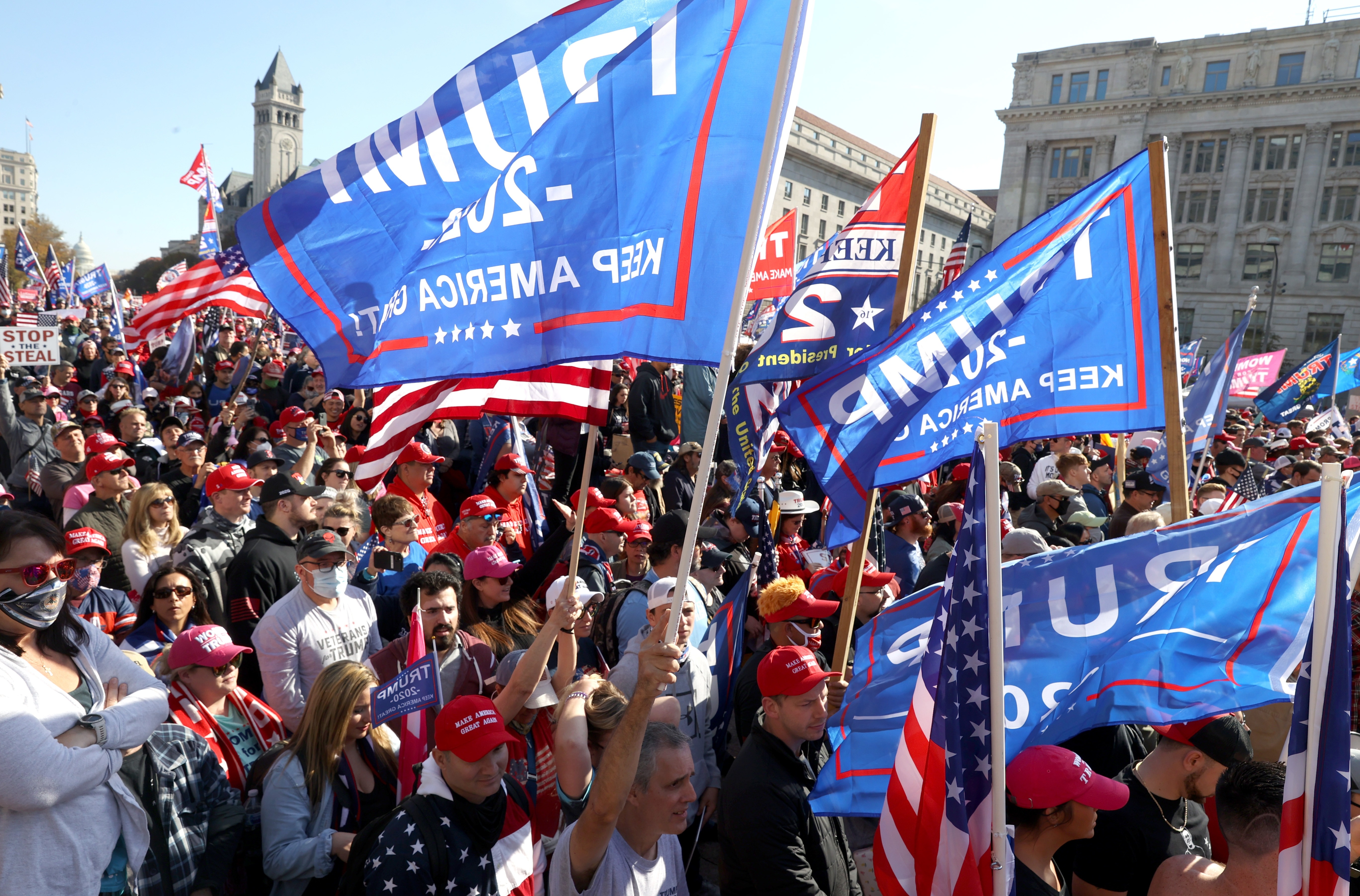 The demonstrators were met with counter-protesters on Saturday.

Trump and his campaign have repeatedly insisted he won the election and made unbacked claims that it was fraudulent.

Joe Biden has been projected the winner by news outlets, however, and election officials maintain there is no evidence of fraud that could alter the election. 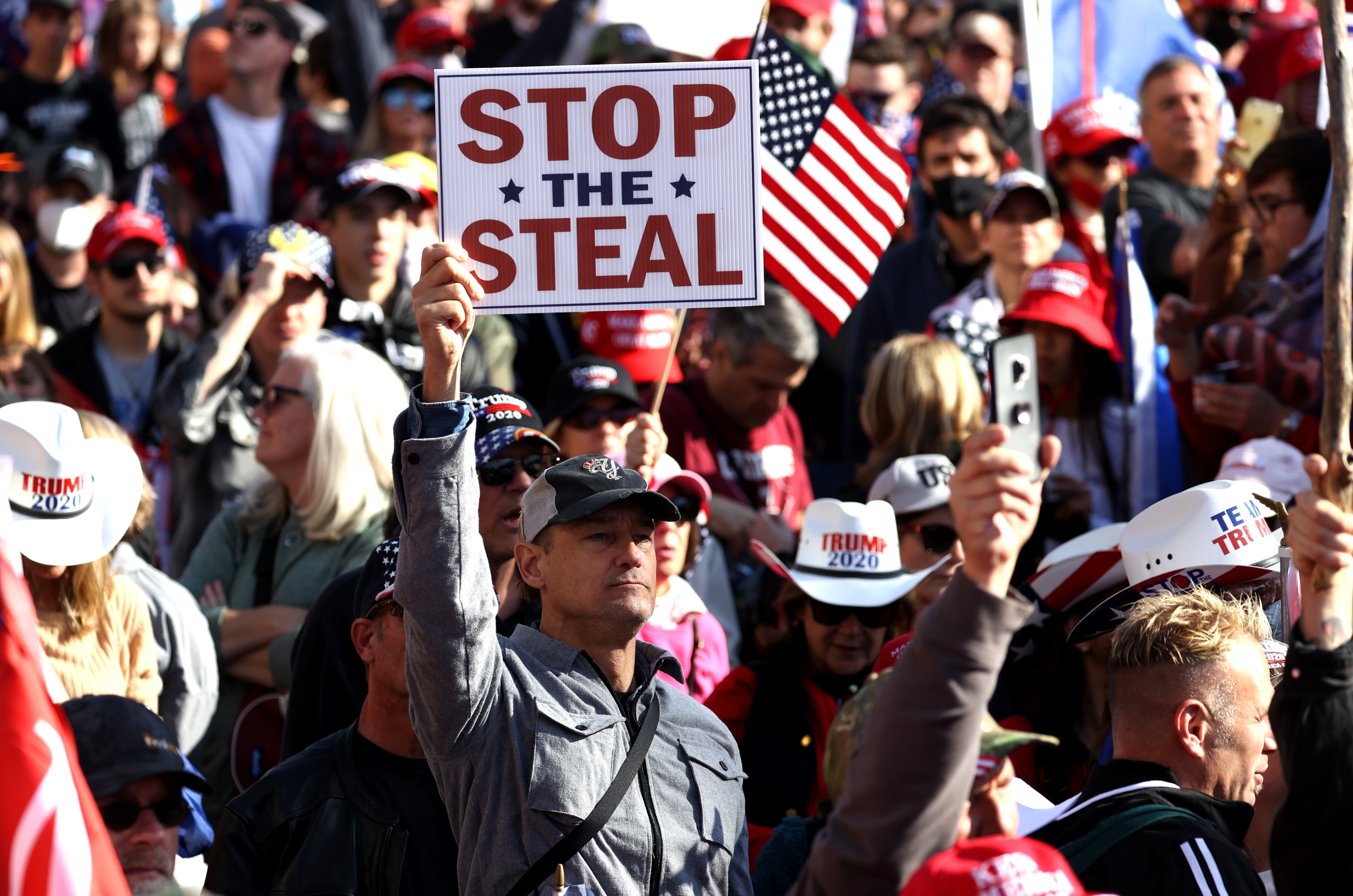 It was not immediately clear if those arrested were supporters of President Trump or counter-protesters, WRC reported.