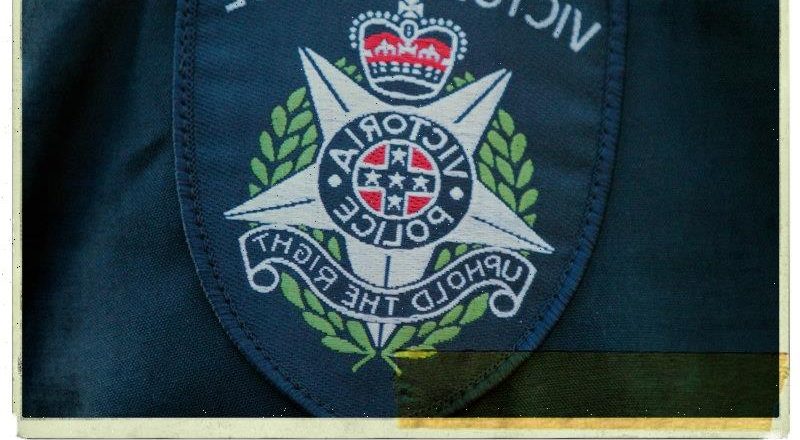 Recruited to enlighten the force, this officer brought darkness

Peter Oswald was a dashing Navy officer, a police inspector, a respected psychologist, academic and – it has now come to light – a serial sexual predator.

For any number of reasons, on at least three occasions Oswald has escaped justice and been allowed to sneak out the back door with his professional reputation intact.

His latest and probably last close call was when two charges of indecent assault were dropped against the 74-year-old, leaving him to see out his final days in Thailand.

A submission by his lawyer detailing his chronic ill health and the challenges of returning from Asia during COVID has led the Office of Public Prosecutions to drop the charges, even though a magistrate had concluded the evidence was strong enough to proceed to trial.

He was charged over allegedly assaulting a traumatised young policeman he was supposed to be counselling after a shooting.

In 1983, the injured cop limped into the psychologist’s office at police headquarters on crutches, having survived a gun battle with an armed offender who later died.

He left, shocked and traumatised, having been molested by the officer assigned to help him. It was Peter Oswald – then a police inspector and the force’s psychologist. 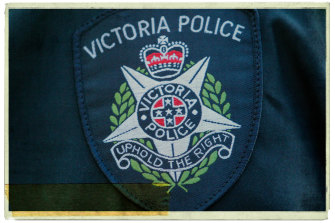 It was both cynically opportunistic and breathtakingly audacious – the young cop was due to see the deputy commissioner in a nearby office after his “counselling”.

The policeman, “Simon”, was in his early 20s and had been a policeman for two years. Sitting in the office still shaken from the gunfight, he was encouraged to open up about his life by the seemingly concerned Oswald.

Soon in tears, Simon told of the loss of his mother when he was at the Police Academy and then confided that when he was in his early teens he had been molested by the notorious paedophile priest Michael Glennon. 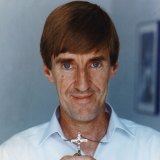 “The psychologist talked to me about what the priest had done and asked for me to describe in graphic detail the acts I committed with him.

“I told him I felt ashamed to say and embarrassed, but he assured me it was OK and after some time he gained my confidence and I told him everything about what had happened. What I was made to do to the priest and what the priest had done to me.

“By this stage I was very upset. During this time, the psychologist moved closer towards me and started to rub my leg gently … I was stunned and shocked. He looked at me in the eyes and continued to rub my leg and moved to my penis and then, for what seemed like an eternity, massaged and rubbed me. I felt sick.

“I felt like the small child from all those years ago in the church.”

Simon was ushered out to see Deputy Commissioner Eric Millar. “I tried to tell the deputy commissioner what had happened, but I couldn’t. I retreated into my shell.”

When Millar asked how his meeting with Oswald had gone, he replied: “Not good.”

When he finally tried to complain he was either ignored, or worse, treated as if he was the guilty party. He lost trust in senior officers and in 1998, after 17 years in the job, he resigned.

After giving evidence before the Royal Commission into sexual abuse he felt strong enough to make a complaint to police’s Salus taskforce, set up to investigate sexual misconduct by police.

He confided to friends inside and outside the force what had happened. This helped corroborate Simon’s allegation to Salus investigators. One of those former colleagues, “John”, says: “It changed him. It impacted heavily on him.”

“John”, who gave evidence at the committal hearing, says the decision to drop the charges was a “real kick in the guts” for Simon.

By the time Salus began its investigation Oswald had moved overseas, where he taught young men and women in Thailand on several subjects, including ethics. In September 2018, when he returned to Melbourne for an annual visit, he was arrested and charged by Salus detectives.

All those years ago, Oswald was recruited to usher in a new and enlightened era for policing. The former Navy officer was the first professional psychologist employed by Victoria Police.

The plan was to give him a taste of street policing before promoting him to the rank of Inspector, working on the theory that cops only want to confide in other cops. He was sent to the tough St Kilda station as part of his training.

Later he would find any excuse to come back and hang around the young cops at the station. An experienced senior sergeant took him aside and said: “Peter, what are you doing? You’ll get a reputation.”

Then on May 12, 1986, he was gone. There was no real farewell and no explanation. It was rumoured that because of allegations of sexual impropriety he was given an ultimatum: resign or face a criminal investigation. It appears he preferred a period of unemployment to a period of incarceration.

Around that time, a senior constable was charged with multiple indecent assault charges that began when the male victim was 12. The offender jumped bail and months later was found in Queensland, extradited and convicted.

The original investigation found Oswald shared a house with the senior constable and the victim said Oswald was there when the assaults occurred. The investigation was stopped before Oswald was formally interviewed.

In the Salus investigation police found the victim, now aged 50, living overseas. He said he has a new life and didn’t want to be involved in any fresh prosecutions.

The senior constable – who was sentenced to 13 months – also refused to cooperate with the fresh investigation into Oswald. Salus investigators could not interview senior police who might give insight into Oswald’s resignation as they had all died or were infirm.

A psychologist who studied with Oswald at the University of NSW remembers him as “outgoing and charismatic”: “He was older than us when he turned up in our third year. He said he had been a trainee priest, and we knew him as ‘Peter the priest’.

“He would run study groups at his house behind a church in Coogee.”

Once qualified, the psychologist found himself on the same military recruiting panel as Oswald. “He said the only reason to join the Navy was being able to bugger and be buggered. It was then I realised he was dodgy.”

It turned out that it wasn’t a throwaway line.

The kid from Gippsland joined the Navy to learn a trade. At 16 he was accepted as an apprentice electrician only to find himself subjected to sexual assault, bashings and verbal bullying.

In a bid to give him a new start he was transferred from a ship based in Sydney to Melbourne, to help build HMAS Cook. As he was to drive back, a fellow seaman asked if “Dave” would give Navy officer Lieutenant Peter Oswald a lift. Happy for the company, Dave said yes.

During that trip, in 1979, Dave found that Oswald was a trained psychologist and so confided that he had been sexually assaulted.

Once at the base in Melbourne, Dave was again subject to brutal treatment – so much so that the commanding officer wanted to find him a safe place to stay. And what could be safer than to board with psychologist Peter Oswald?

“It didn’t take long. He plied me with alcohol and advanced on me,” says Dave. The assaults continued for three months.

Discharged from the Navy as unsuitable and badly damaged, Dave was eventually diagnosed with PTSD. In 2004 he made a complaint to what was then known as the Victorian Psychologists’ Registration Board.

“They told me that his response to my complaint was that he was moving overseas for at least five years and that he wanted his registration to lapse. A hearing was held on the evening of June 30, 2004 and Oswald’s barrister argued that we were friends and that he was not treating me.”

He admitted to one drunken sexual encounter that he insisted was consensual. Oswald was a 33-year-old lieutenant, Dave a 20-year-old able seaman.

“The board stated that although they believed me, as they had no evidence of me being a patient, such as records of clinical visits, and that because it was over 20 years ago, they would not be ruling against Oswald.”

Dave no longer works and has “considered suicide about a million times”: “I have no friends and find it impossible to trust people. If someone does me a favour I think: ‘What do they want in return?’

Simon believes the original decision to allow Oswald to resign from the police force without being charged was a cover-up and the latest decision to drop the charges is a copout: “I am furious, and it has made me depressed, anxious and suicidal.”

After examining a defence submission and Oswald’s medical records, the Office of Public Prosecutions has filed a notice with the County Court to discontinue the case.

A spokesperson for the OPP said: “We can’t comment on this matter at this time.”