RADIO 2 presenter Ken Bruce has pocketed a BBC pay increase of nearly 40 per cent amid claims that he was one of the corporation’s star names who had faced investigation by the taxman.

Bruce, 69, whose mid-morning show is the most listened to radio programme in the country, was paid up to £389,999 last year, the latest salary list reveals.

This is £105,000 more than his pay of up to £284,999 the previous year. It was one of the more eye-catching figures in Tuesday’s annual report as it represented such a huge leap in earnings for the star.

The BBC said yesterday the pay covered Bruce’s Radio 2 programme – which has overtaken Zoe Ball’s breakfast show as the biggest in UK radio – as well as his presenting work for the Eurovision Song Contest and Radio 2 Live in Hyde Park. 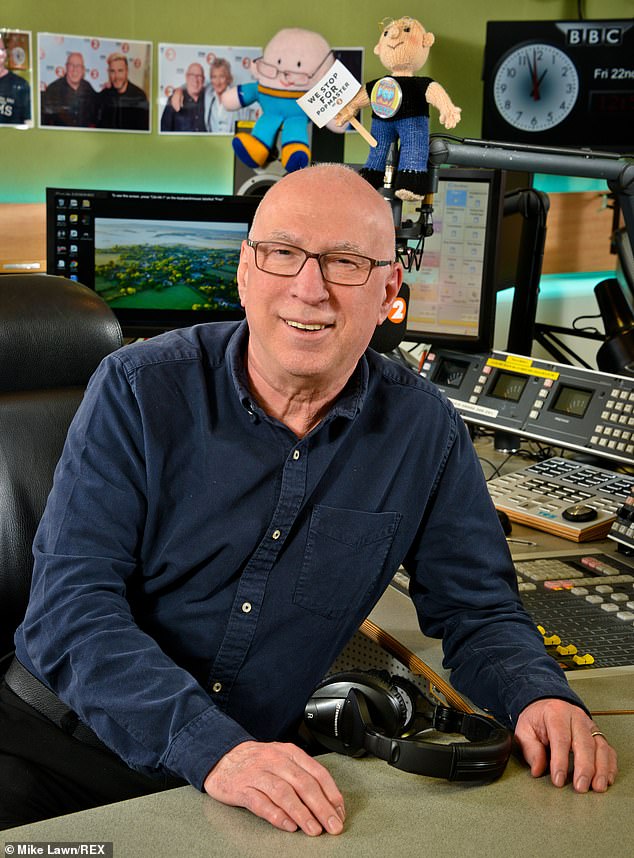 RADIO 2 presenter Ken Bruce (pictured) has pocketed a BBC pay increase of nearly 40 per cent. His mid-morning show is the most listened to radio programme in the country

Sources said yesterday Bruce had been one of the corporation’s star names contacted by HMRC over concerns about the way the BBC paid them as freelancers or through personal service companies.

It is unclear if the situation has been resolved but there is no suggestion Bruce tried to avoid paying the right tax.

Other stars have faced huge tax bills after the taxman said they should have been treated as employees for tax purposes.

When they were paid as freelancers or through personal service firms, the BBC did not have to cover costs such as their National Insurance.

Many stars were furious when they were hit with huge historical tax demands from HMRC after saying the BBC had told them they should be paid this way.

The corporation has reportedly since come up with a scheme under which it contributes to paying off these demands.

According to reports last year, it had put aside £12million to settle the cases of presenters. It is unclear if Bruce was paid as a traditional freelancer or through a personal service company in the past.

But according to an insider, the BBC made a ‘hash’ of the tax affairs of all its presenters.

There are claims that Bruce was landed with a big bill as a result of the situation, which sources say he was dealing with in 2018.

It is not known if it is still ongoing. Two industry sources claimed last night that his huge pay rise is a reflection of the fact that he had been underpaid for many years.

They said it also took account of the fact that Bruce – who gets eight million listeners – had overtaken Miss Ball and now had the biggest radio show at the BBC.

It is claimed he had seen how much more other stars – such as Steve Wright on up to £479,999 – were getting and this had caused him concern.

A BBC source said: ‘He has been underpaid for 30 years. He was put out about Steve Wright’s pay and he now has more listeners than the breakfast show, so Ken has a lot of power at the station.’

Another media source said: ‘This was a mess entirely of the BBC’s own making. Ken is one of the good guys at the Beeb.’

Earlier this year Bruce called for a ‘cull of BBC managers’, saying those not working on programmes should ‘justify your existence’.

He singled out money being spent on the ‘director-general’s car’ and having a ‘policy unit’.

In a podcast interview, he admitted the BBC was a ‘frustrating place to work sometimes’, adding that it was ‘over-managed’.

Bruce’s representatives and the broadcaster have been contacted for comment.