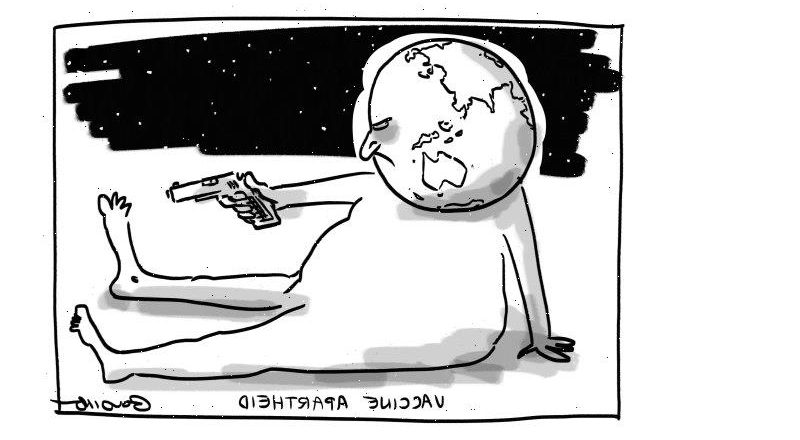 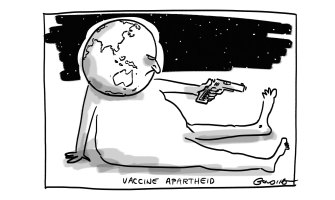 Market’s future is clear
If you wonder what Queen Victoria Market might look like, just take a gander at the Prahran Market. It resembles David Jones’ Food Hall. Check the Camberwell Market, it looks like a place the local council would love to close via neglect, high rents and a longing for real estate.
Ranee Mischlewski, Box Hill South

‘Actual’ action needed
Parnell Palme McGuinness finds the phrasing of those advocating for meaningful change exhausting (“Meaningful change? Stop right there”, The Sunday Age, 28/11). I believe calling for meaningful change is borne out of necessity. Many Australians are frustrated with lack of progress on important issues. Take climate change, for example. Meaningful climate actions would involve steps such as legislating a credible 2030 emissions reduction target and ceasing support for new fossil fuel projects. Until the Morrison government “actually acts” and we see emissions fall, activists rightly call for meaningful change.
Amy Hiller, Kew

Booster demand
I tried for a booster shot but I am only five months from my second dose, so the staff said no in accordance with the rules. Which I accept. But there was almost no one there and so plenty of capacity. Can those who make the rules think about whether it’s now time to relax them? More boosters now will mean less of a backlog later.
Stephen Minns, South Yarra

At last, some hope
While not completely pleased with Labor’s environmental policy, at least it is a better target than the governments. Jobs will be created while reducing our emissions. As a grandmother, I doubt I will be here to suffer as much as the next generations but would like to think they have a future.
Lyn Payne, Richmond

Disappointing target
I am disappointed the Labor Party’s climate policy of 43 per cent reduction of emissions by 2030 based on 2005 levels, could not match the US target of 50-52 per cent reduction by 2030. It appears Labor listens to promises of fossil-fuel jobs from lobbyists, rather than scientists or the public. Labor doesn’t have the courage to defend a strong climate target against three-word slogans of the Liberal and National parties. What hope does the world have of reducing warming with these leaders?
Tim Brown, Golden Square

Why the delay?
Australia is rich in sunshine, wind and renewable technologies and has a skilled workforce. This means we are perfectly placed to cash in as the world accelerates the transition from fossil fuels to renewable energy. What’s holding us back?
John Doré, Eaglemont

Mission impossible
VicRoads sends notice of registration payments unnecessarily early, as a reader pointed out recently (Letters, 15/11). On Wednesday, a week from the due date, I tried to pay my registration, only to find that paying by EFT (electronic fund transfer) within two weeks from the due date is not possible. Why? Then, for the only optional online credit card payment, there is an extra charge. As the office is conveniently accessible, I intend to pay in cash at the desk – perhaps in $2 coins?
Richard Blazé, Bentleigh

Remarkable result
With the range of attitudes to COVID-19 vaccinations within our communities, the idea that one set of clever rules based on psychological principles providing near to 100 per cent vaccination seems unlikely. But we have achieved near 95 per cent with a simple carrot and stick tactic. Vaccinate and your access to facilities is broad, don’t and you may be locked out. A 5 per cent failure to vaccinate seems remarkable, compared to other countries.
John Groom, Bentleigh

No time for caution
While the new ALP policy on climate change is a step forward it doesn’t go far enough to address key issues surrounding the cutting of emissions by 2030. Politics dictates how a pre-election plan unfolds, so a level of timidity and caution is understandable. But the planet doesn’t have time for these cautions nor for the partisan approach in Australian politics. The electorate must push for a non-partisan approach on addressing the planet’s future as seen in the positive approaches of states and territories.
Karen Pomeranz, Sherbrooke

Liberal quotas
Opponents of quotas to boost the number of female MPs in the Victorian Liberal Party argue that they could curtail the rights of members to choose the best candidate. Given the recent behaviour of a number of male Liberal politicians, both state and federal, one could be forgiven for questioning members ability to choose the best candidate.
Phil Alexander, Eltham

Reverse greening
Port Phillip Council is keen to drag well-tended, vibrant street gardens back to being barren, hotter, concrete eyesores. Its aim seems to be to pull back all mini street plots to bare dirt. We live in a world with decreasing biodiversity, greater pollution, a need for green relief and sustainable practices. Small street gardens achieve this and create strong community links, too. Notices are already being served to residents, citing the as yet “in consultation stage guidelines” – which are a repeal of residents’ current practices with fines of $1000 if the nature strips are not returned to “original condition”. So much for Greening Port Phillip.
Lisa Dooley, South Melbourne