You might recognize a familiar face if you plan on stopping by Stonehenge!

Queen Elizabeth II was honored by the historic landmark with portraits of her projected onto the stones ahead of her Platinum Jubilee, celebrating her 70 years on the throne.

“We’ve brought two British icons together to mark the #PlatinumJubilee! We’ve projected eight portraits of Queen Elizabeth II onto Stonehenge,” English Heritage, which cares for the historic landmark, said in a statement on Twitter.

They added: “Each picture is from a different decade of The Queen’s reign.”

We’ve brought two British icons together to mark the #PlatinumJubilee! 👑

We’ve projected eight portraits of Queen Elizabeth II onto Stonehenge. Each picture is from a different decade of The Queen’s reign. pic.twitter.com/bnJZeONKXe

Queen Elizabeth’s Platinum Jubilee: How the UK will celebrate her unprecedented anniversary

The organization shared a video of how the projection came together.

The eight portraits displayed on Stonehenge include a photo from the Queen’s coronation in 1953, an action shot of her riding a horse in the 1960s, an appearance at the Royal Windsor Horse show in 2017 and more. 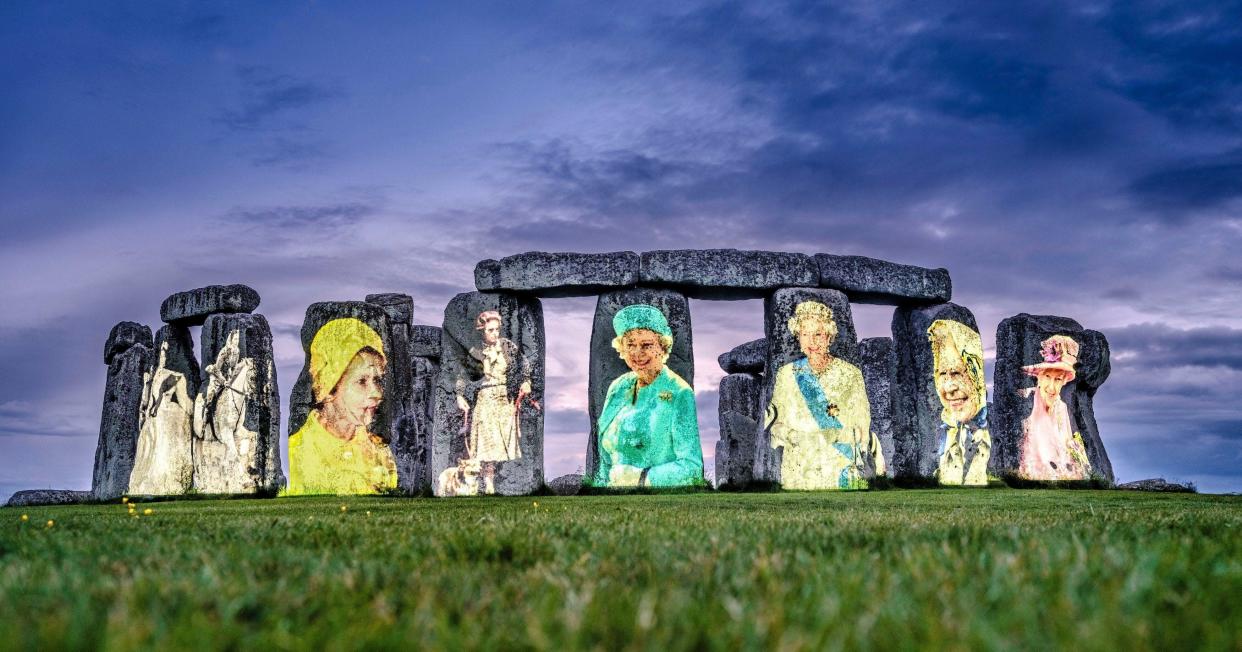 This year’s Platinum Jubilee promises a busy schedule with many ways to celebrate the monarch reaching an unprecedented 70 years on the British throne.

Buckingham Palace in January laid out plans for several major events in 2022 to honor the long-reigning queen, who turned 96 on April 21.

The elaborate plans, some of which are set to welcome thousands of guests, were publicized weeks after the queen was forced to scale back her family’s annual Christmas celebrations due to rising COVID-19 cases. Queen Elizabeth, whose husband Prince Philip died in April at age 99, has also seen her own share of health scares over the past year, including a COVID diagnosis in February, a stay at the hospital in October and several missed events.

On Feb. 6, the matriarch officially served as queen for 70 years, the longest a British monarch has ever ruled. The queen’s reign began on the same day in 1952, with the death of her father, King George VI. She was formally crowned on June 2, 1953.