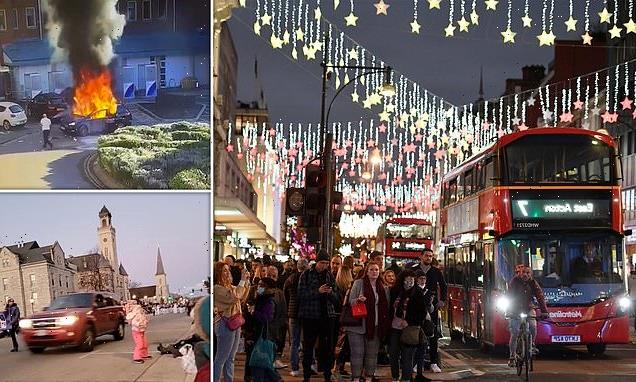 Public warned to 'be vigilant' in crowded areas ahead of Christmas

A senior Metropolitan Police officer has warned Londoners and visitors to the capital to ‘be alert, not alarmed’ in crowded spaces in the lead-up to Christmas.

Deputy Assistant Commissioner Specialist Operations Matt Twist urged people to be ‘vigilant’ and look out for anything that is unusual, suspicious or concerning.

The warning comes after the UK’s terrorism threat was increased to ‘severe’, meaning an attack is ‘highly likely’, after terrorists struck in Liverpool and Essex.

Assistant Commissioner Twist described this year’s festivities as ‘the first proper Christmas we have had in a couple of years’ because of last year’s coronavirus restrictions.

‘This is all around being alert, not alarmed.’ 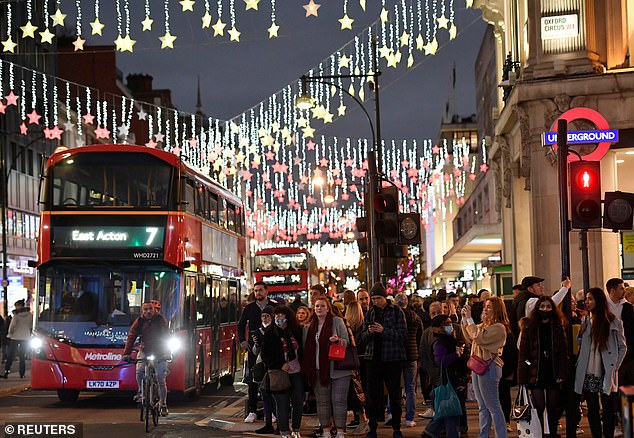 A senior Metropolitan Police officer has warned Londoners and visitors to the capital to ‘be alert, not alarmed’ in crowded spaces in the lead-up to Christmas. Pictured, Shoppers flocked to Oxford Street on Saturday to begin their Christmas shopping and view the lights 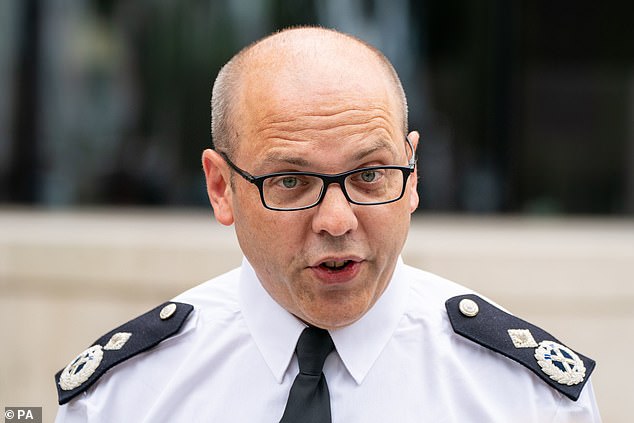 Deputy Assistant Commissioner Specialist Operations Matt Twist urged people to be ‘vigilant’ and look out for anything that is unusual, suspicious or concerning

Assistant Commissioner Twist also referred to the car crash at a Christmas parade in Wisconsin which killed at least five people as he emphasised the importance of forward planning from authorities ahead of the busy time of year.

He told Nick Ferrari on LBC radio: ‘This is about vigilance. There’s a lot of work that’s done in advance of gatherings and in advance of events in the UK.

He added that the incident in Wisconsin does not appear to have been terror-related based on early media reports.

‘That can be anything from a bag that’s in the wrong place – I think the public are well aware of that sort of thing – but also to stuff in their home or family lives, their friends becoming withdrawn or isolated, or making concerning comments.

‘It’s all around getting ahead of this. If you report something, the message is: You’re not going to ruin someone’s life, but you might just save one.’

Assistant Commissioner Twist also asked people to report suspicious purchases they see in the run-up to Christmas, after it was revealed that the Liverpool attacker had started compiling items for an explosive device in April.

He added: ‘What we are looking out is for the public to be alert to things that look unusual.

‘Why are people living on your street, that you haven’t seen before, buying large quantities of chemicals, or any chemicals that appear suspicious?

‘Why would people be doing that? If this happens over a protracted period of time, instead of putting it to the back of your mind, what we’re saying is please report it.’

Assistant Commissioner Matt Jukes, the head of UK counter-terrorism policing, previously said the public would see an increased police presence in key locations and officers would boost their work online following the attack in Liverpool.

Officers from the Met, City of London Police and British Transport Police are carrying out additional patrols of busy and crowded locations across London after the terrorism threat was increased.

These armed and unarmed patrols are set to continue over the coming weeks, with many taking place in or around Christmas events, busy shopping areas and transport hubs.

Counter terrorism patrols involving specially trained officers are also being stepped up over the Christmas and New Year period.

The Met Police said specialist counter terrorism security advisors have also been working closely with event organisers and venue owners, advising them on what security measures they can put in place to keep their visitors and customers safe this festive season. 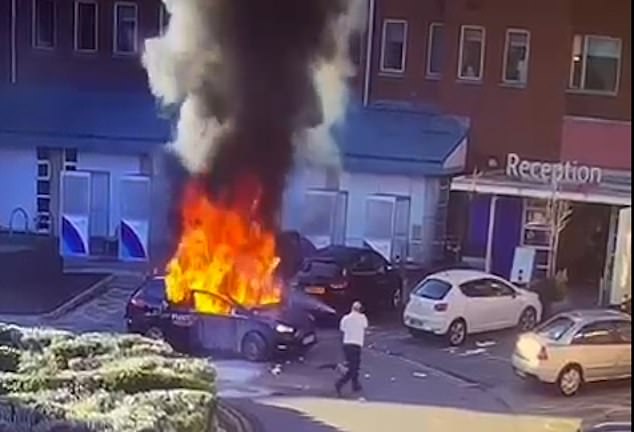 The warning to the public comes after the UK’s terrorism threat was increased to ‘severe’, meaning an attack is ‘highly likely’, following last weekend’s terror attack in Liverpool 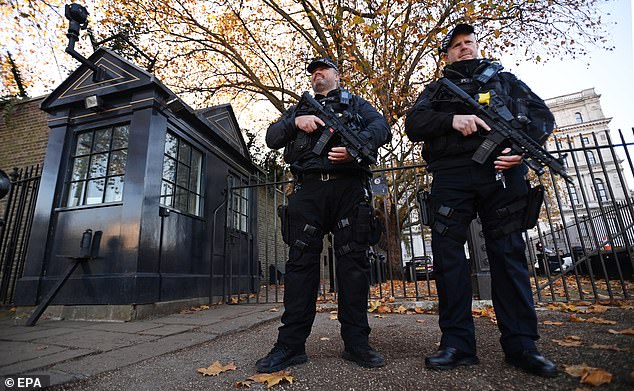 Patrols by armed police will be increased and security plans for major events reviewed after the terror threat level was raised following the Liverpool attack. Above: Armed officers outside Number 10 Downing Street in London last Tuesday

Assistant Commissioner Twist said: ‘It has been two years since we’ve been able to get together and enjoy London in all its festive glory with some degree of ‘normality’.

‘But, tragically, we’ve seen two terrorist attacks in Essex and Merseyside over the past few weeks, and as a result, the terrorism threat level has been raised from ‘substantial’ to ‘severe’.

‘Therefore it is important people stay vigilant, and report anything that might look out of place or suspicious.

‘I want to stress that the increased threat level is not specific to the Capital, so people should still go out and enjoy everything London has to offer at this time of year.

‘But I would ask that you stay alert, and help us to keep you safe by being our extra eyes and ears. If you see or hear something that doesn’t seem right, then trust your instincts and report it.’

In the past year, around 10,000 reports from the public across the UK have been made to counter terrorism officers about suspected terrorist activity.

If you see something suspicious, either tell a police officer, report it online via www.gov.uk/ACT or call the confidential Anti Terrorist Hotline on 0800 789 321. In an emergency, call 999.