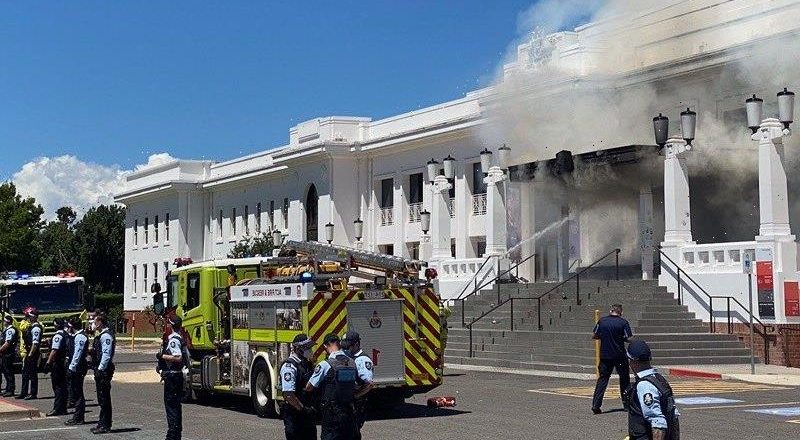 Federal politicians have criticised protesters who set fire to the front doors of Old Parliament House in Canberra on Thursday.

Former Nationals leader Michael McCormack said there should be “swift and severe” repercussions for those responsible.

“How disgraceful. An outrageous attack on our democracy, our history, our sovereignty. This modern penchant for tearing down our past serves no purpose,” he said on Twitter.

Resources Minister Keith Pitt said he hoped everyone who had been inside the building was safe.

“No matter what your cause, setting old Parliament House on fire and endangering all those inside is not the answer. Expect full force of the law to be applied,” he said.

Police will hold a press conference about the incident shortly.