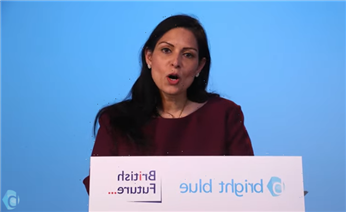 PRITI Patel this morning vowed to "slam the door on dangerous criminals" with a tough border crackdown.

The Home Secretary announced sweeping plans for a "fully digital border" by 2025 to make it easier to weed out convicts. 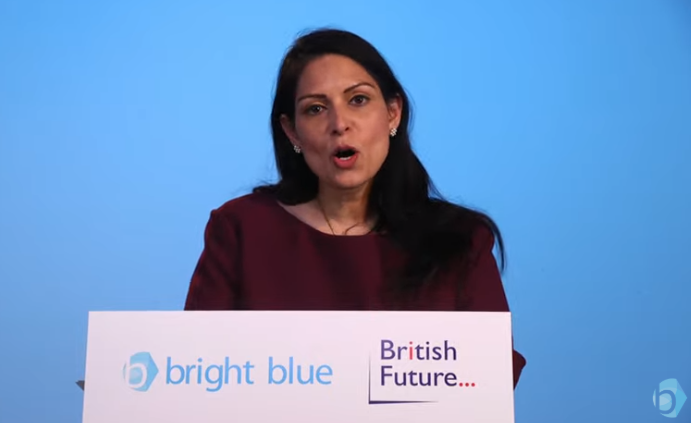 In a keynote speech she also vowed to fix the UK's "broken" immigration system – and took aim at migrants who "abuse our hospitality and generous spirit".

To shore up the UK border Ms Patel vowed to implement a "digital by default" strategy so the Government can easily monitor who comes in.

Arrivals without a visa will also be forced to apply for a US-style Electronic Travel Authorisation (ETA) so their criminal record can be checked.

But Ms Patel also said the e-border would make it easier for talented internationals to immigrate here under the post-Brexit points-based system.

Speaking this morning to the Bright Blue think tank the Home Secretary said the public "want a new system that works for the law-abiding majority and against those who hope to abuse our hospitality and generous spirit."

"The immigration system is broken, but this country isn't. We can't fix the system overnight, but we will fix it.

"We have to make sure the system reflects the values and wishes of the vast majority of Britons of all colours and creeds. They simply want an approach to immigration that is fair but firm."

The Home Office revealed that in the past 10 days more than 140 foreign criminals have been booted out of the country, bringing the total number this year to 700.

Labour's Nick Thomas-Symonds said the concept of e-borders is nothing new and blasted the Government's record.

The shadow home secretary said: "The Home Secretary talks about a broken asylum system but it’s the Conservatives who have been in power for 11 years and are responsible for that."

Plans to tighten laws to deny refugee status to any asylum seekers who have passed through a safe country before reaching the UK were unveiled at the Queen's Speech.

The proposal was condemned by the United Nations and by charities who said it would be a betrayal of Britain's historic tradition of providing protection to people fleeing persecution.

In an interview with Sky News' Trevor Phillips on Sunday, Ms Patel defended the plan saying many asylum seekers arriving in the UK had been smuggled by people traffickers.

She said: "People that are being smuggled, they should be claiming asylum in the first safe country that they travel through – more often than not these are EU member states – rather than taking the risk of coming to the United Kingdom."