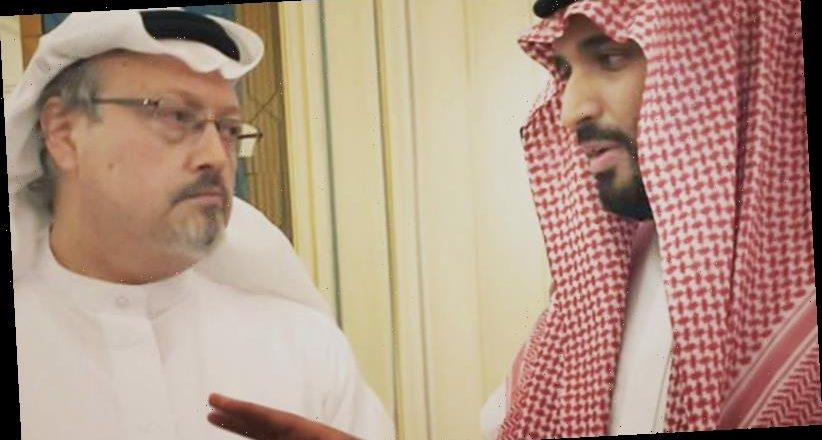 Washington: US President Joe Biden has decided that the price of directly penalising Saudi Arabia’s crown prince, Mohammed bin Salman, is too high, according to senior administration officials, despite a detailed US intelligence finding that he directly approved the killing of Jamal Khashoggi, the dissident and Washington Post columnist who was drugged and dismembered in October 2018.

The decision by Biden, who during the 2020 campaign called Saudi Arabia a “pariah” state with “no redeeming social value”, came after weeks of debate in which his newly formed national security team advised him that there was no way to formally bar the heir to the Saudi crown from entering the United States, or to weigh criminal charges against him, without breaching the relationship with one of the US’ key Arab allies. 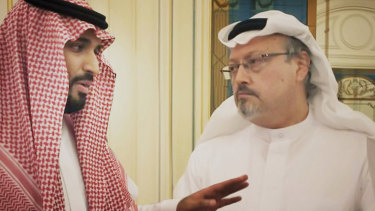 Saudi Crown Prince Mohammed bin Salman, left, with journalist Jamal Khashoggi in a scene from the documentary “The Dissident”.Credit:Briarcliff Entertainment

“It is outrageous what happened,” Biden said of the report he released.

But officials said a consensus developed inside the White House that the price of that breach, in Saudi cooperation on counterterrorism and in confronting Iran, was simply too high.

For Biden, the decision was a telling indication of how his more cautious instincts kicked in, and it will deeply disappoint the human rights community and members of his own party who complained during the Trump administration that the United States was failing to hold the prince, known by his initials MBS, accountable for his role.

Many organisations were pressing Biden to, at a minimum, impose the same travel sanctions against the prince as the Trump administration imposed on others involved in the plot.

Biden’s aides said that as a practical matter, Mohammed would not be invited to the United States anytime soon, and they denied that they were giving Saudi Arabia a pass, describing a series of new actions on lower-level officials intended to penalise elite elements of the Saudi military and impose new deterrents to human rights abuses.

Those actions, approved by Secretary of State Antony Blinken, include a travel ban on Saudi Arabia’s former intelligence chief, who was deeply involved in the Khashoggi operation, and on the Rapid Intervention Force, a unit of the Saudi Royal Guard. 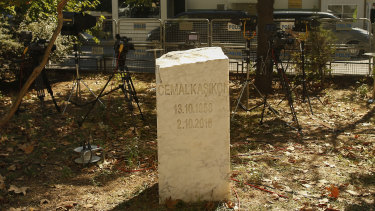 The declassified intelligence report concluded that the intervention force, which operates under the prince, directed the operation against Khashoggi at the Saudi Consulate in Istanbul. Khashoggi entered the consulate October 2, 2018, to get papers he needed for his forthcoming marriage, and, with his fiancée waiting outside the gates, was instead met by an assassination team.

An effort by the Saudi government to issue a cover story, contending that Khashoggi had left the consulate unharmed, collapsed in days.

The Trump administration acted against 17 members of that team, imposing travel bans and other penalties. Biden, one official said, described the new sanctions to King Salman, the crown prince’s father, in a phone call on Thursday that was only vaguely described in a White House account of the call. 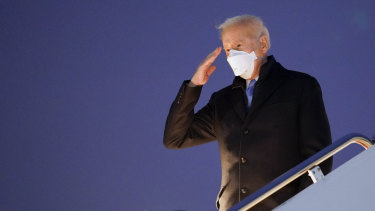 But the king is 85 and in poor health, and it was unclear to administration officials how much he absorbed as Biden talked about a “recalibration” of the bilateral relationship.

In an effort to signal wider enforcement of human rights norms, Blinken is also adding a new category of sanctions, a newly named “Khashoggi ban”, to restrict visas to anyone determined to be participating in state-sponsored efforts to harass, detain or harm dissidents and journalists around the world. About 70 Saudis will be designated in the first tranche, officials said.

That review, officials said, would be part of the annual State Department human rights report. The initial bans will apply to Saudis, but officials said they would quickly be used around the world — potentially against Russia and China, and even allies like Turkey that pursue dissidents living beyond their borders.

Biden and his aides have repeatedly said that they intend to take a far tougher line with the Saudis than did former president Donald Trump, who vetoed legislation passed by both houses of Congress to block weapons sales to Saudi Arabia.

While Congress did not have the votes to override the vetoes, Biden announced this month that he was banning billions of dollars in arms shipments to Saudi Arabia for its continuing war in Yemen, which he called a “humanitarian and strategic catastrophe”.

The release of the declassified summary of the declassified US intelligence findings on the Khashoggi killing on Saturday AEDT was also a reversal of Trump administration policies. Trump refused to make it public, knowing it would fuel the action for sanctions or criminal action against Mohammed.

But in the end, Biden came to essentially the same place on punishing the young and impetuous prince as did Trump and the secretary of state at the time, Mike Pompeo. While officials said there was no question he has ordered the killing and imprisonment of dissidents and other opponents, a ban would make it impossible to deal with the Saudis in the future.

He was, they concluded, simply too important to US interests to punish.

Such bans against world leaders are rare. A study by officials seeking to determine how to deal with the prince found that the US had acted against adversaries like Syrian President Bashar al-Assad; North Korea’s Kim Jong-un, Venezuelan President Nicolas Maduro, and Robert Mugabe, the former prime minister of Zimbabwe. But none were heads of major allies.

The Saudi government rejected the findings. “The government of the Kingdom of Saudi Arabia completely rejects the negative, false and unacceptable assessment in the report pertaining to the Kingdom’s leadership, and notes that the report contained inaccurate information and conclusions,” the Saudi Foreign Ministry said in a statement.