Portland politician who wants to defund cops called 911 on driver

A Portland City Commissioner who is currently pushing to carry out a $18million cut to the city’s police department called 911 on her Lyft driver earlier this month following a dispute.

Jo Ann Hardesty was allegedly angered when the driver, Richmond Frost, refused to roll the windows up, despite it being recommended policy from the company to keep them down due to the coronavirus.

It followed annoyance over a mix-up about where she was being picked up, all culminating in the driver cancelling the ride and saying Hardesty could find another car.

Frost also made a 911 call and officers were forced to arrive at the gas station shortly before 10pm, in spite of the fact that Hardesty has argued that many 911 calls are unnecessary and a police response often not needed, according to the Portland Tribune. 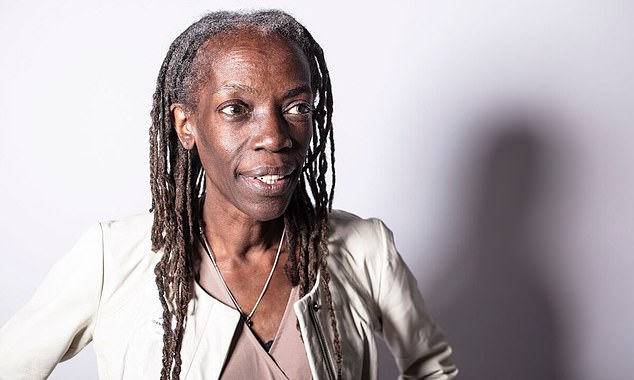 Hardesty, who heads up Portland’s 911 system, had been picked up from ilani Casino in Washington when the series of disagreements began

Frost, 63, pulled into a gas station and told Hardesty to leave but she refused as ‘it was cold and she was a woman and alone’, according to Fox News.

Audio of both the 911 calls were published by Oregon Live, revealing their versions of events.

‘Well, I’ve got a Lyft driver that decided he would just drop me off at a filling station. Well, I’m not getting out of the car, in the dark, at a filling station, not happening. All because I asked him to put the window up. I’m not leaving,’ Hardesty told the 911 operator.

‘I am not going to allow him to leave me on the side of the road. I paid for a ride and he says he canceled it, so I’m just going to sit here until he sends me another ride.’

She is told by the dispatcher that ‘technically it’s his property and there’s no crimes involved’. 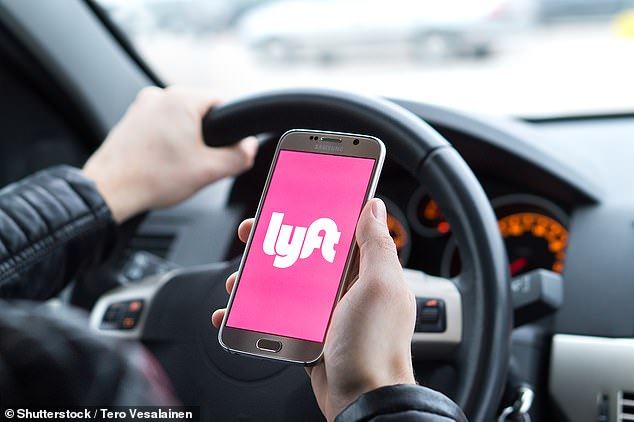 Jo Ann Hardesty was allegedly angered when the driver, Richmond Frost, refused to roll the windows up and he decided to cancel her ride, sparking two 911 calls after she said she would not leave the car until he called her another one. She had a new ride by the time cops arrived

‘Only you can order another ride,’ the dispatcher said, according to KOIN 6. ‘I can have an officer come out but they’re not going to be able to make him stay there.’

‘He can’t go anywhere because I’m not moving until another car comes,’ Hardesty insists and the dispatcher says they will send an officer.

In Frost’s call, made three minutes after Hardesty, he is heard saying: ‘I’ve got a customer that I canceled the ride. I’m a rideshare driver and I canceled the ride, and I’ve taken her off the freeway to this filling station so that she can order another ride.

‘I canceled the ride so she’s no longer involved or engaged with me. She’s refusing to get out of my car,’ he added, explaining that she was in the back seat and he was in the front.

‘I doubt it,’ he responded when asked if she could have any weapons on her.

Hardesty said that she made the call because she felt unsafe in the situation and accused Front of being ‘so blatantly rude from the beginning’.

‘I don’t call 911 lightly, but I certainly am not going to do anything that would put my personal safety at risk,’ she told the Portland Tribune.

‘I knew that having him call the police would but me in danger. And that’s why I proactively called 911.

‘It’s a lot harder when you are Black or brown in America to make that decision … But I ultimately had very limited options,’ she added.

Frost also admitted that there was tension from the start and told the Portland Tribune that he wasn’t sure if maybe Hardesty had a bad day gambling.

‘I spent 40 years in the service business,’ he said. ‘There’s always a few people, you cannot please them no matter what you do.’

He added that he felt the call ‘was so unnecessary … To argue and belittle and to treat me the way I felt she treated me was completely unnecessary.’

Frost also argued that the gas station was well lit, that she was safe and that he had explained to her that he couldn’t call a Lyft for her.

Yet Hardesty countered that the station was about to close, which was confirmed to KINO 6 by an employee, which would mean the lights were about to be turned off. 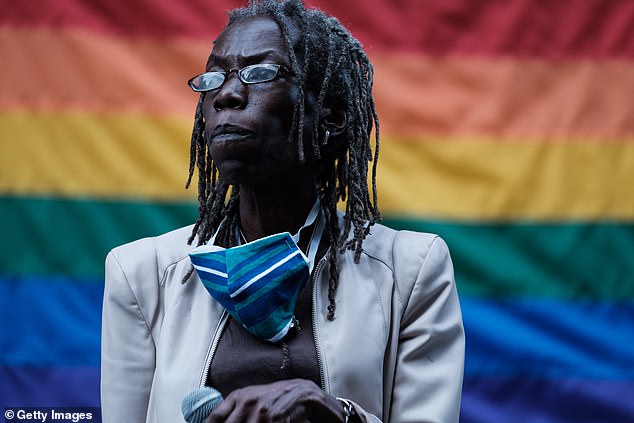 ‘I didn’t know how long I would have to wait,’ she said. ‘There was no way I was going to get out on the side of the road, in the dark, because some driver has an attitude, and decided I should just get out and just whatever happens happens.’

Hardesty had a new ride by 10.14pm but immediately made a complaint to Lyft.

‘I requested a ride, the driver came to the wrong pick up location, He then blamed me. I asked him to roll the window up on my side and he started to yell, “I can’t because the regulations require each window to be cracked” (which isn’t true),’ said the complaint, which was released by her office.

‘He then pulls over in the dark on the side of a gas station and told me he was cancelling the ride. I had no interest in being left on the side of the road by an angry driver. He threaten to call the police. I called the police & another car.

‘Both arrived at the same time. It is totally inappropriate to expect a woman to get out of a vehicle in the dead of night because any angry person demands it.

‘This is a safety issue for your customer. Your driver was in no danger.’

Lyft responded by stating that the driver had acted in accordance to their policy.

‘The feedback alleged that you refused to exit the driver’s vehicle after they requested you do so. As a reminder, drivers are free to end a ride for any reason as long as the drop off is in a safe location,’ it said.

‘Safety is our top priority. We take these matters very seriously. We encourage everyone using Lyft to be respectful of others. This helps maintain a safe and inclusive community.

‘Please know that future reports of this nature may lead to additional action being taken on your account.’

The reports of Hardesty’s 911 emerged just days after she called on elected leaders in Portland to ‘move past the fear and stretch ourselves to take the action that is demanded’ regarding a new police budget.

She has been pushing to ‘reallocate $18 million from the Portland Police Bureau to reinvest in community, COVID-19 relief, and police alternatives’, but the amendment was not passed by the Portland City Council last week.

In a lengthy statement posted to Twitter when the amendment failed to be passed, she said: ‘What we have right now does not work. You cannot look me in the eye and tell me that a Bureau responding violently to protesters every night works for us. Or that over 50% of all the bureaus arrestees are houseless individuals works for us.

‘Or that a Bureau shown to stop black drivers twice as much as white drivers works for us. Or a Bureau that has accumulated over $6,000,000 in overtime works for us.

‘In June we started this journey by reallocating $15 million from the Police Bureau and redirecting those funds towards community investments,’ she added.

‘We came into this budget with the same goal of investing in our communities and reducing police by providing mutual aid because if Portlanders can’t depend on Portland to keep them safe and supported, who can they count on?’