Porch pirate with a BABY is caught stealing a package

‘Put that back!’ Porch pirate with a BABY is caught stealing a package and he gets a shock when a neighbor catches him in the act

A man holding a young baby was caught trying to steal a package from someone’s home this week.

The surprising moment was captured on home surveillance footage taken in the United States. It’s unclear which city the incident happened in.

Footage shows the man approaching an individual’s porch steps before sparing a look for any possible onlookers. 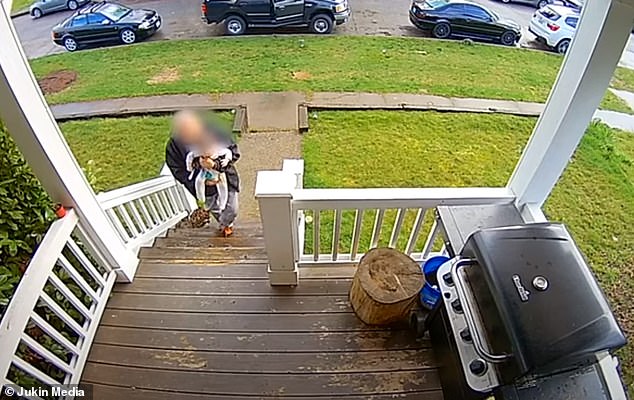 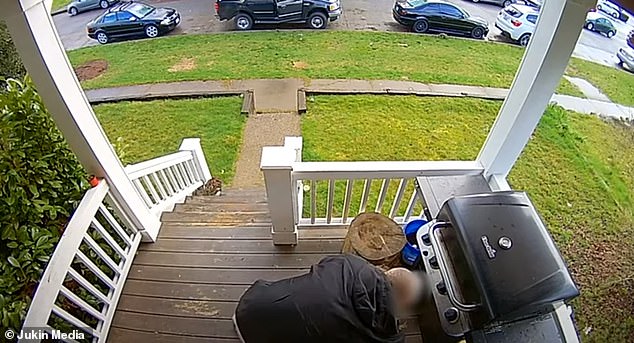 While holding a small baby, the man sneaks up the porch steps and turns his attention to an Amazon package left near a grill.

The man tries to make a quick escape, but it startled when a neighbor’s voice sounds from nearby

The porch pirate then nonchalantly tosses that Amazon package back onto the front porch.

‘I am putting back,’ the man answers. ‘It was just somebody else’s.’

The man then begins to bounce the child in his arms and pretend he was simply out for an afternoon stroll.

‘Beautiful day for a walk,’ he adds, before returning to an idle car parked in front of the home.