A picture of calm: Photographers mark International Day of Peace with contest to capture serene scenes

Photographers captured scenes of serenity from around the globe as part of a contest to mark the International Day of Peace.

The competition, organised by photo app Agora, challenged photographers to submit an image illustrating what ‘peace’ means to them.

More than 11.000 photos capturing peace were sent from all over the globe, with snapper Rashid Ibrahim, 23, from Kenya being the winner.

His powerful shot ‘A peaceful world is a fruitful one’ gathered the most votes from the Agora global community, making him the #Peace2020 Hero and winning him the top prize of $1,000.

The beautiful photo, captured in Nairobi, shows a man in army fatigues holding up a white flag and there are five other young men looking at the soldier, who is offering peace.

Other entries that made it in the top five were the meditating young boy in Myanmar,  a diver exploring the sea in Menorca, Spain, a young woman enjoying the nature in Dolomites, Italy and a woman praying Kraton Kasunanan Surakarta, Indonesia. 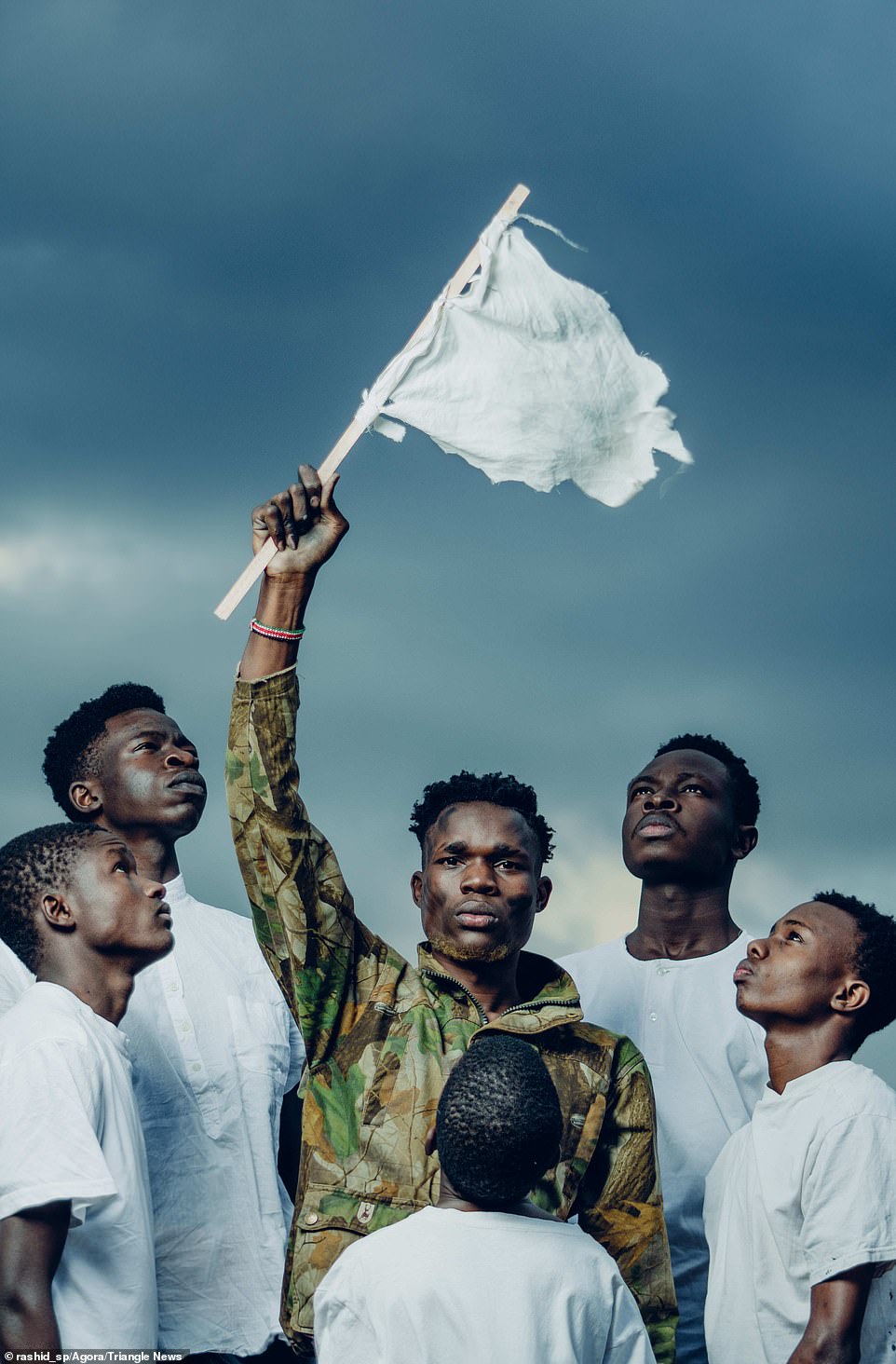 ‘THE WINNER ‘A peaceful world is a fruitful one’  – A man in army fatigues holds up a white flag while five other young men are looking at the soldier, who is offering peace, in Nairobi, Kenya 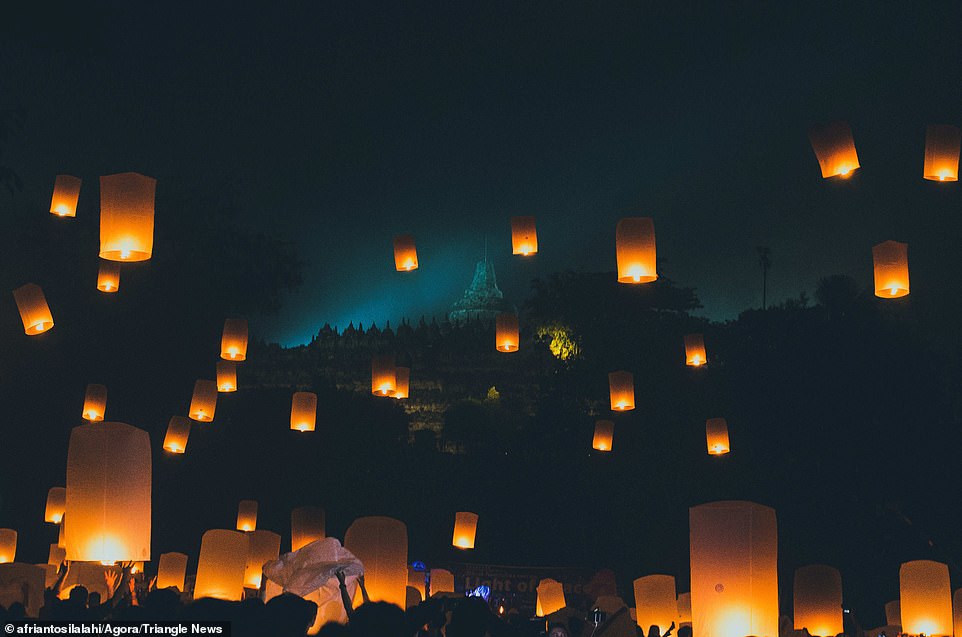 ‘Lanterns of peace’ – Hundreds of lanterns light up the beautiful night sky as standbyers watch mesmerised  in  the Borobudur temple, Indonesia 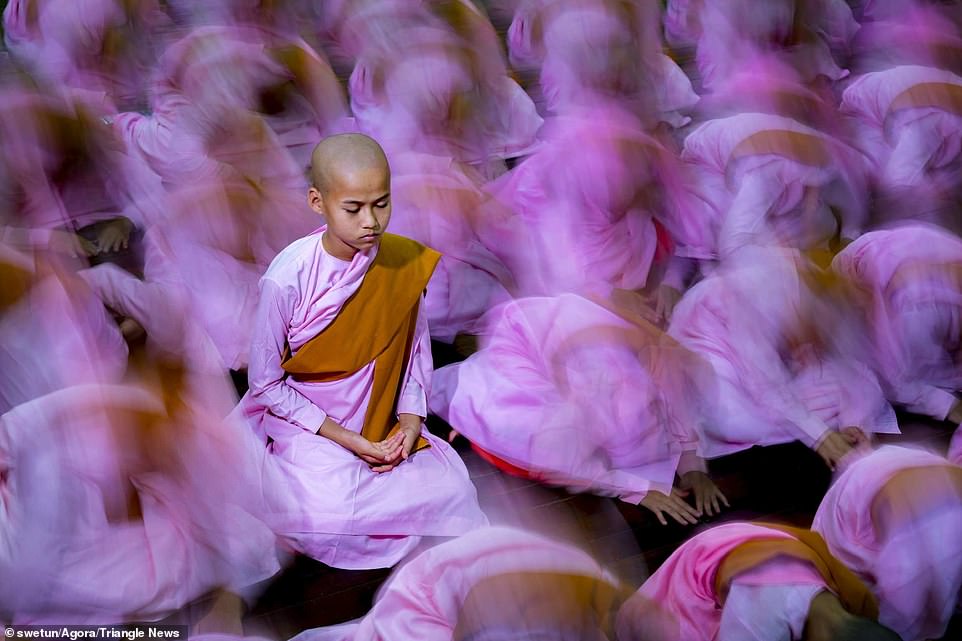 ‘Religious’ -A young monk meditating alongside many others, in Myanmar 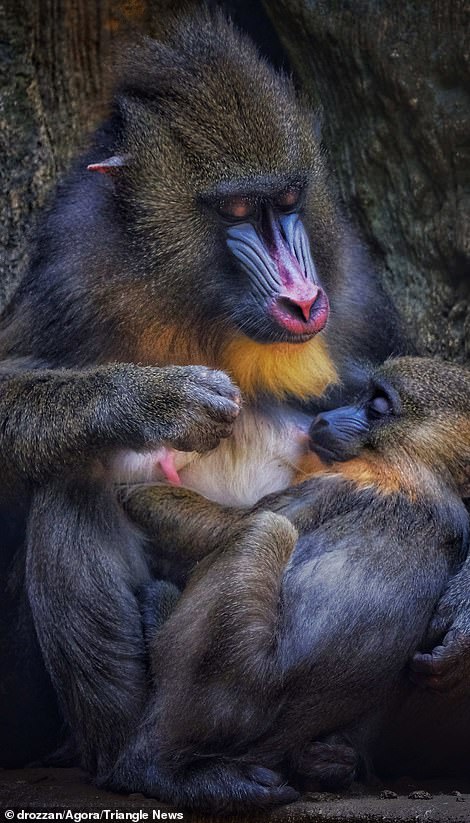 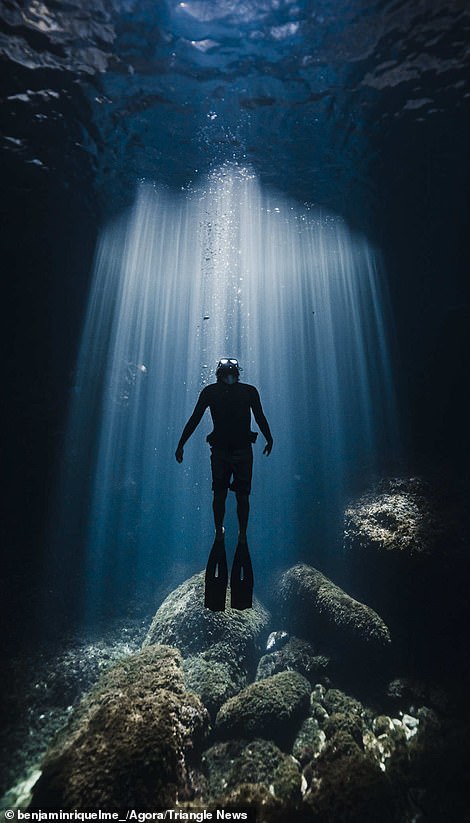 A baby babboon lying peacefully in its mother’s arms  in Bogor, Indonesia (left) and a diver  exploring the wonders of the sea in Ciutadella de Menorca, Spain 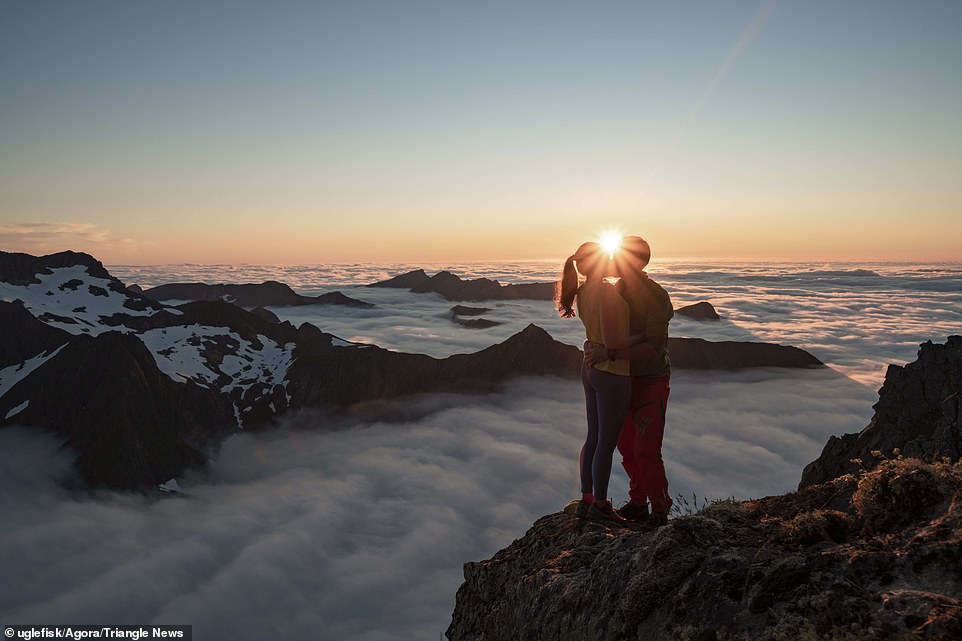 A couple sharing a special  kiss in the snowy  Vassdalstinden, Norway, as the sun sets 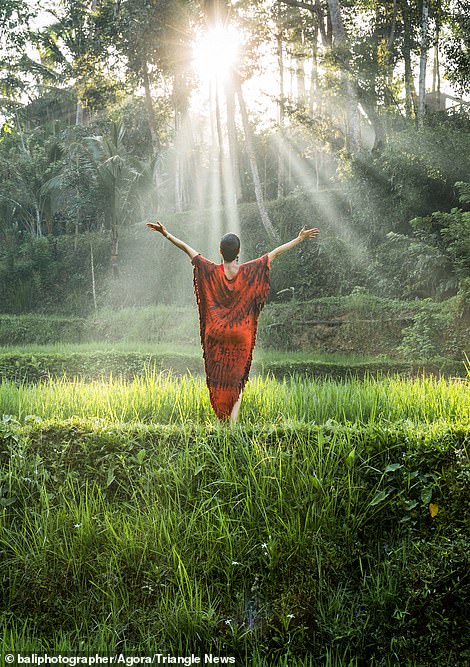 A woman is enjoying the morning sun in Tegalalang village, Bali, Indonesia(left) while an early riser opted for an early canoe ride in a lake  in Banyuwangi, Indonesia (right) 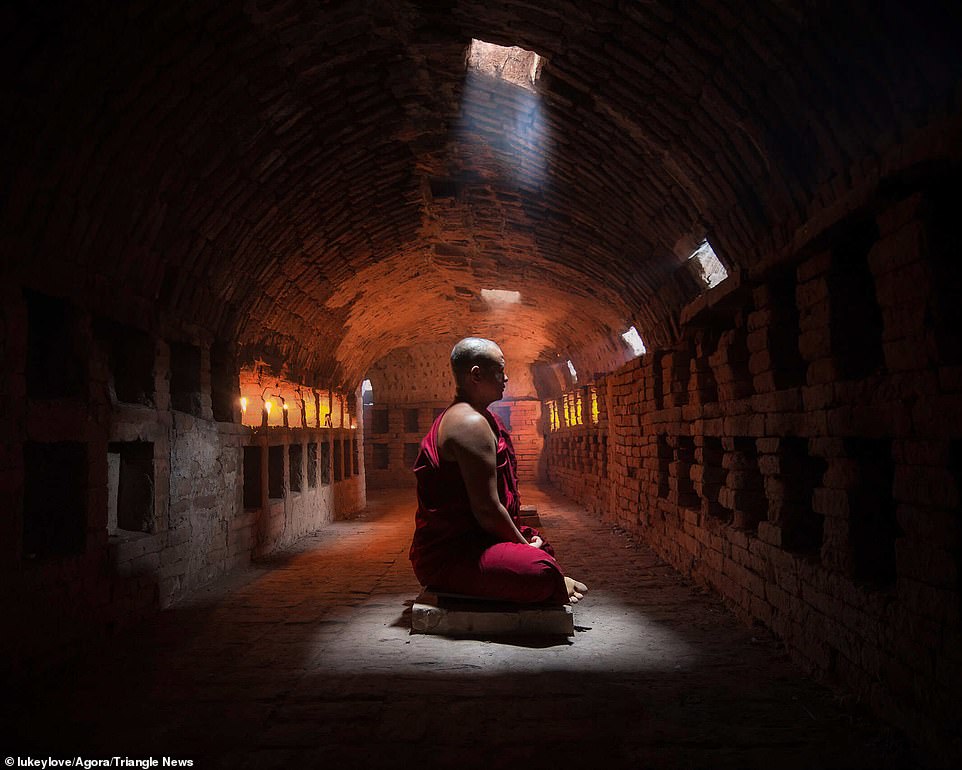 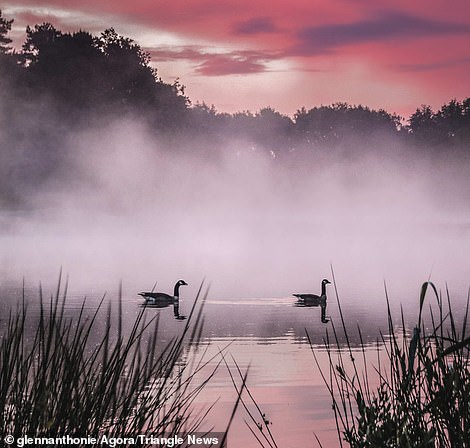 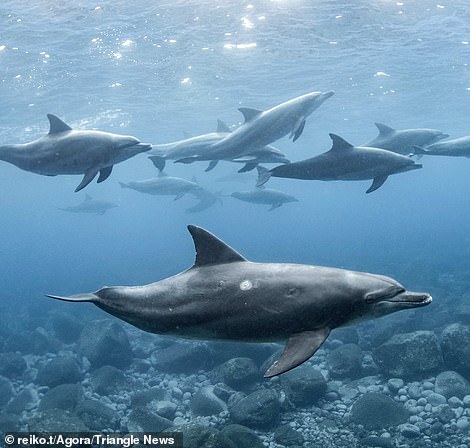 A breath-taking shot of a lake at dusk in Bergen op Zoom, Netherlands (left) and a group of dolphins Mikurajima island, Japan (right) 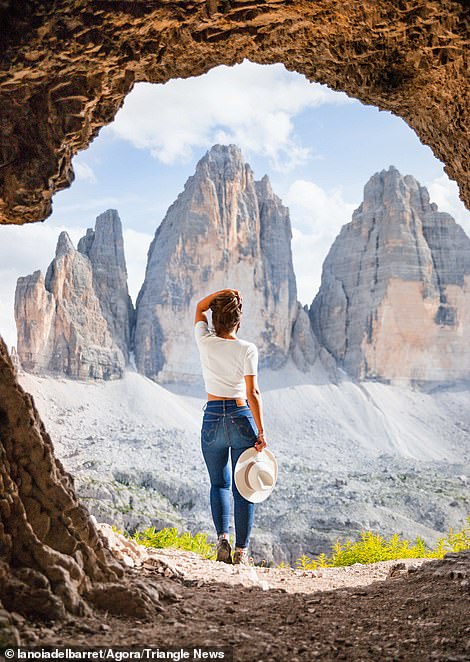 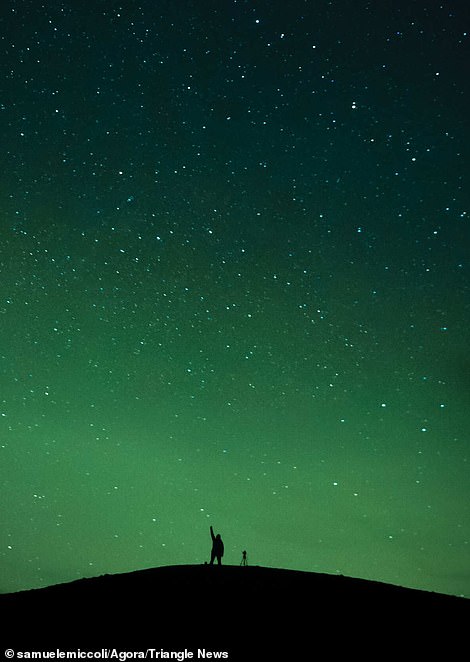 A woman admiring the view after a hike in Tre Cime Di Lavaredo , Italy (left) and the unique Northern lights in Jokulsarlon lagoon, Iceland 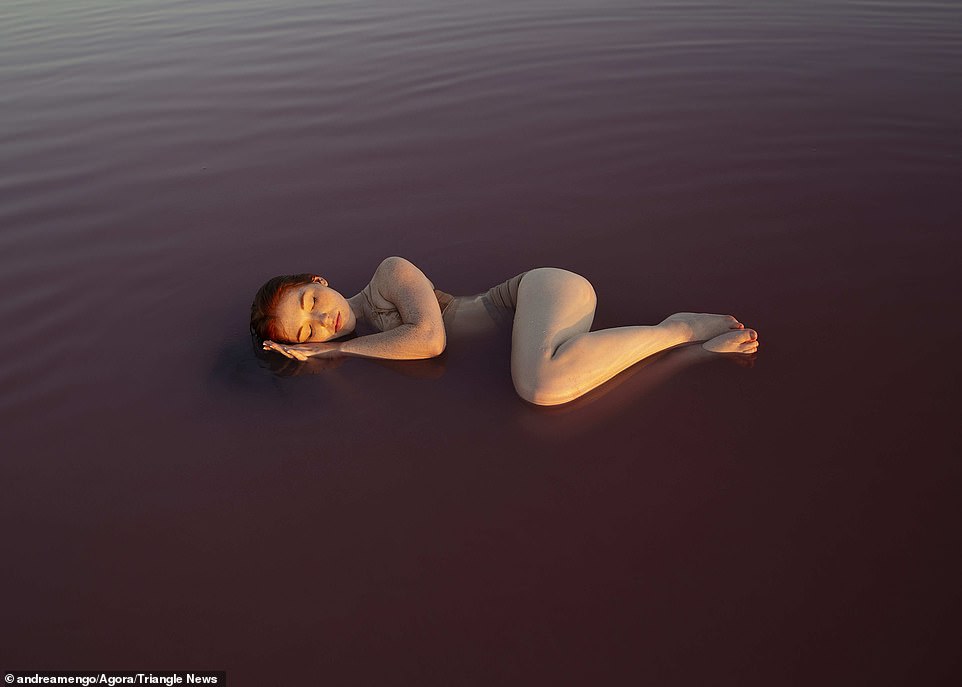 ‘Armonía’- A woman lying peacefully  on  the water in Valencia, Spain 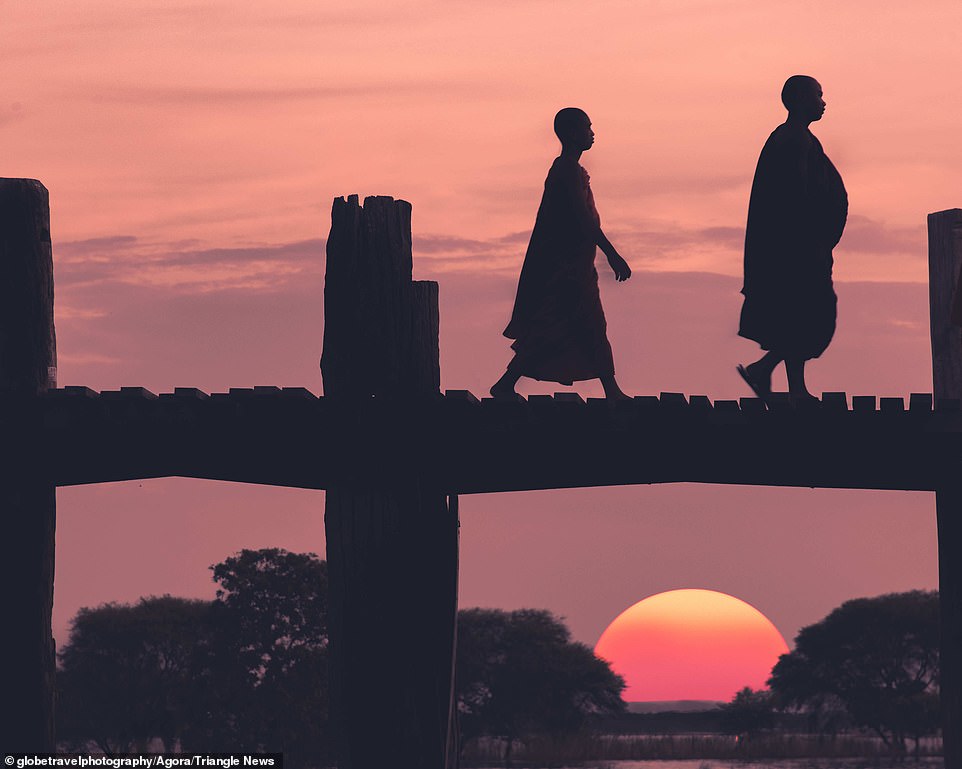 Two monks crossing a bridge at sunset, in U Bein Bridge, Myanmar 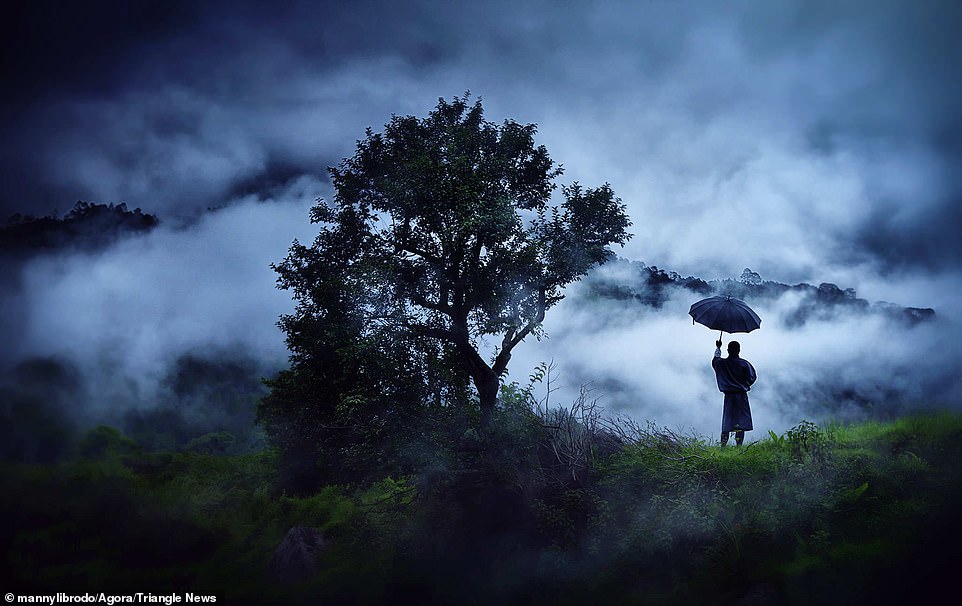 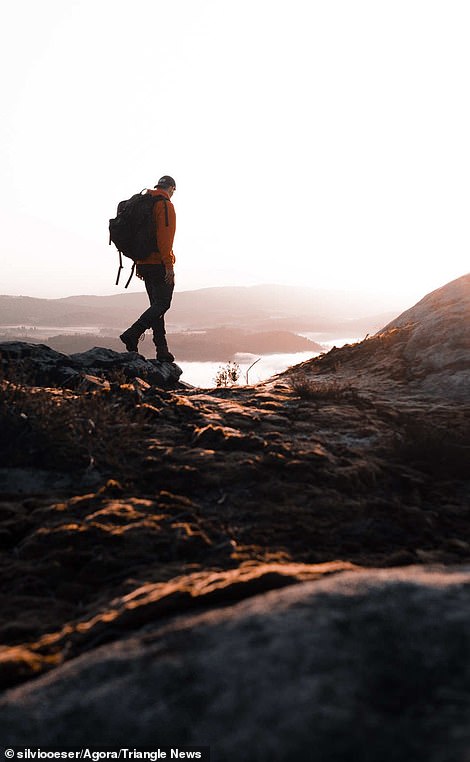 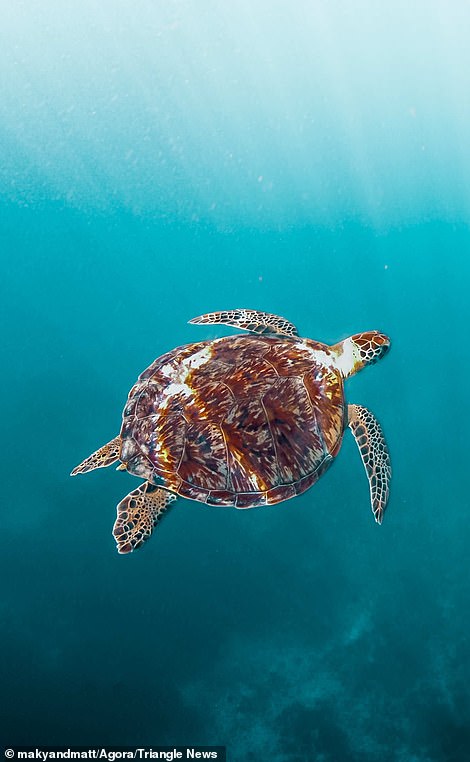 ‘In the middle of the saxony’ – A hiker in Germany (left) and a sew turtle swimming away in Gili Meno, Indonesia (right) 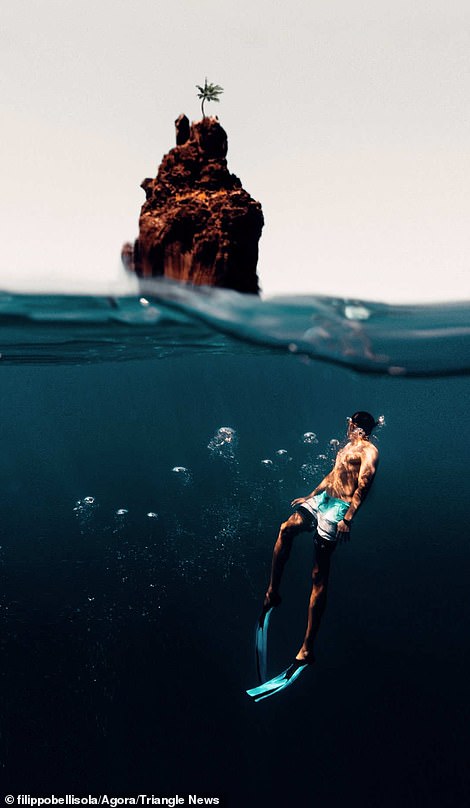 A diver exploring the sea in Madeira Island, Portugal (left) and The starry sky in Isle of Skye, Scotland, UK 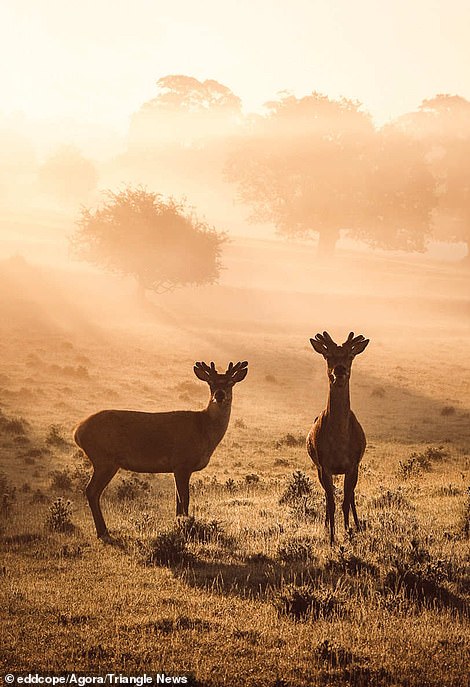 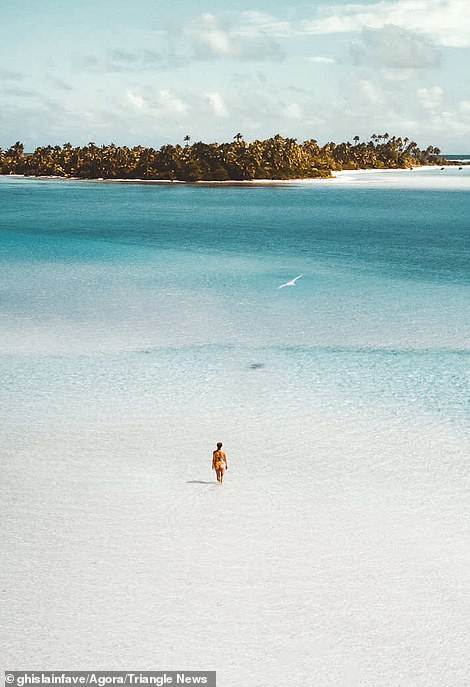 A couple of deers enjoying a morning stroll in Bristol, United Kingdom (left) and a stunning shot of a woman going into the water at Cook Islands (right) 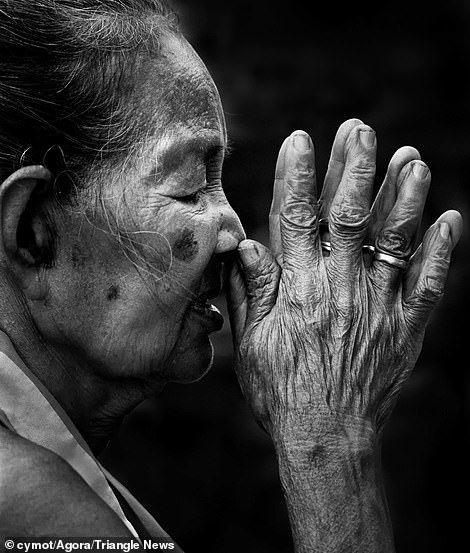 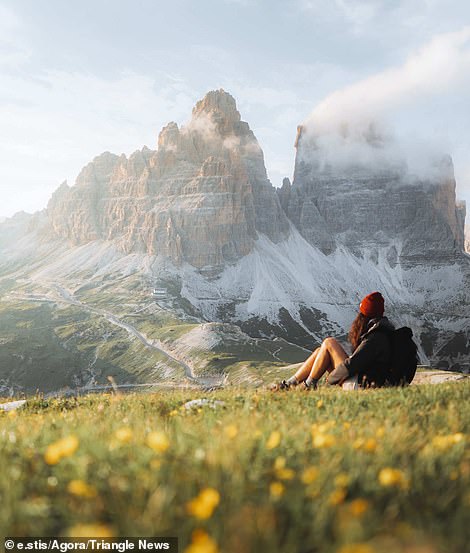 A woman praying with gratitude in  Kraton Kasunanan Surakarta, Indonesia (left) and a young woman admiring the nature in Dolomites, Italy (right) 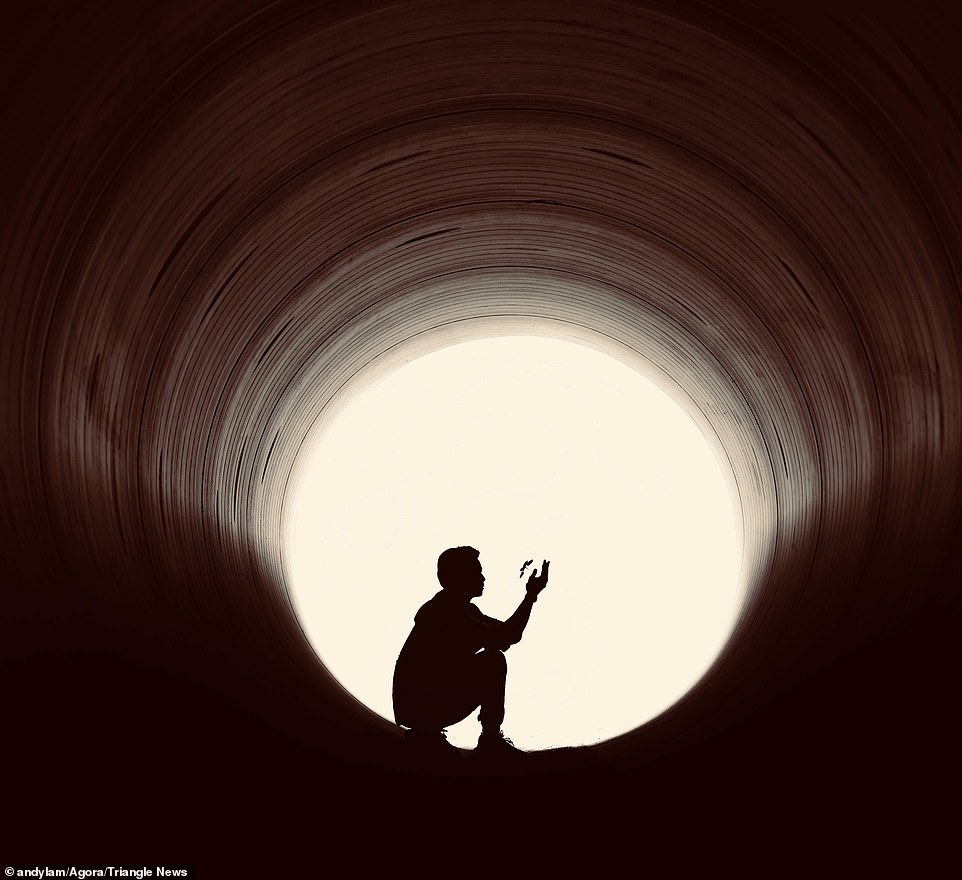