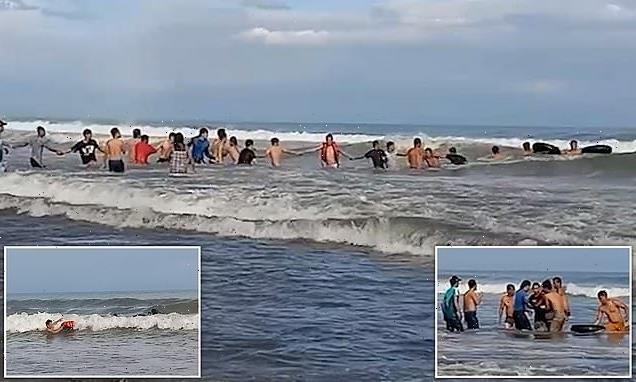 Philippines beachgoers form human chain to save tourist from drowning

This is the heroic moment beachgoers formed a human chain to save a tourist drowning in the sea in the Philippines.

The man in his mid-20s was playing in the waist-deep water when he was knocked over by the powerful waves on the Binmaley beach in Pangasinan province as holidaymakers were celebrating the New Year on January 1.

Onlookers heard his cries for help and immediately banded together to reach the drowning man, who was struggling to stay afloat because of powerful tides. 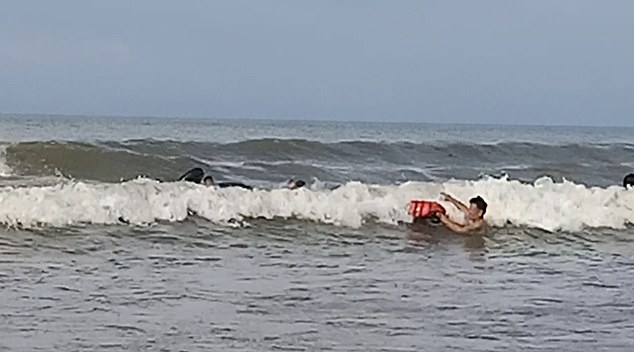 After the initial attempts were unsuccessful, the chain was formed by scores of tourists 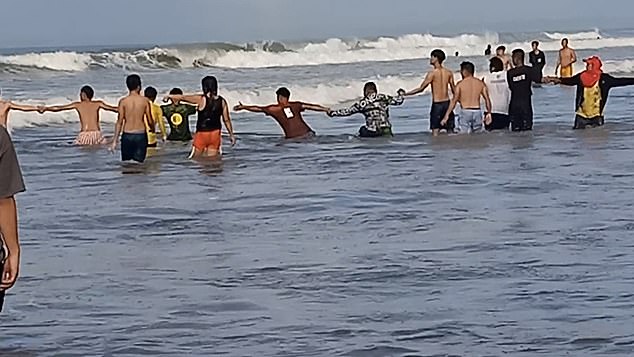 In the footage, the rescuers link hands to form a human chain extending several metres from the shore, while the men at the end of the chain carried a life ring for the imperiled man.

The video shows the harsh waves lashing and pushing back the tourists, who held on to complete the rescue mission in the choppy Lingayen Gulf.

The man was successfully pulled from the water after a few minutes and was carried to the resort’s medical team to receive treatment.

He was seen sitting on the sand as medics checked his condition before declaring him fit and well.

Onlooker Gerald Pring, who recorded the life-saving spontaneous teamwork, said: ‘The guy is safe now. I was amazed by how everyone worked together to save him.

‘The sea looked beautiful but it was also powerful. The waves were strong and he could not get back out to the shore once he was knocked over.’ 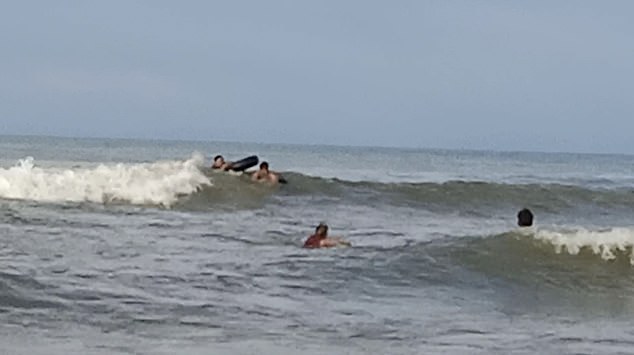 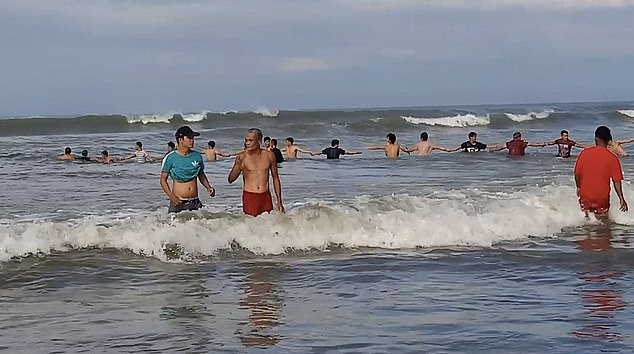 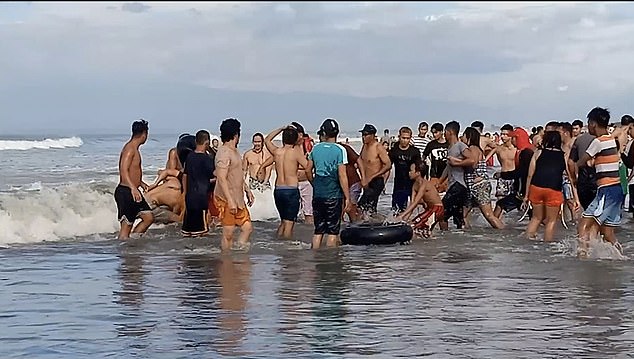 After the man was spectacularly rescued, he was given the all clear by medics on the beach

The Philippines, an archipelago of more than 7,000 islands, has notoriously dangerous seas and rip tides on its breathtaking beaches which attract surfers and tourists from around the world.

Conditions are at their most perilous in winter due to windy weather and powerful currents.

Local police have urged tourists to exercise caution when swimming on beaches in the province, following multiple drowning incidents over the years.

The Binmaley Police Station said people may misjudge the depth of the water, as the beaches in the Gulf have an uneven seafloor.