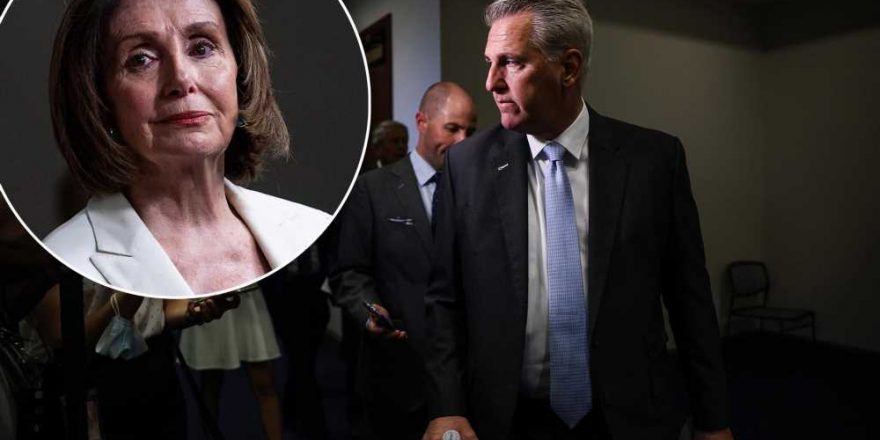 Speaker Nancy Pelosi hasn’t ruled out vetoing House Minority Leader Kevin McCarthy’s selections to serve on the Jan. 6 select committee — saying Tuesday she will make a decision on whether she will approve his picks when “I’m ready.”

Three of McCarthy’s picks — Banks, Jordan and Nehls — voted against certifying the election results, but Pelosi said she is not taking GOP lawmakers objecting to the vote into account while making her decision.

“I’m not prepared to make a statement on that, but I’m considering his proposals,” Pelosi (D-Calif.) told CNN. “I want to be clear how people voted affirming the election of Joe Biden is not a criterion for service.”

The select committee, which was approved largely along party lines in June, is slated to hold its first hearing next week, where it is expected to hear from law enforcement officials who were assaulted by supporters of President Donald Trump during the incident.

The panel is tasked with investigating the Jan. 6 riot.

GOP lawmakers including McCarthy have slammed the select committee as a partisan exercise by Democrats, and Senate Republicans blocked a bill that would have created a “9/11-style” bipartisan commission on the matter.

House Minority Whip Steve Scalise (R-La.) told reporters Tuesday that while it is up to members of the panel, Republicans have questions on Pelosi’s discussions regarding bringing members of the National Guard in to help secure the Capitol.

“Let the members of the committee discuss that — one of many questions that’s unanswered and that is, at what level from the speaker’s office on down, that they reject the offer for help from the National Guard,” he said at a press conference Tuesday.