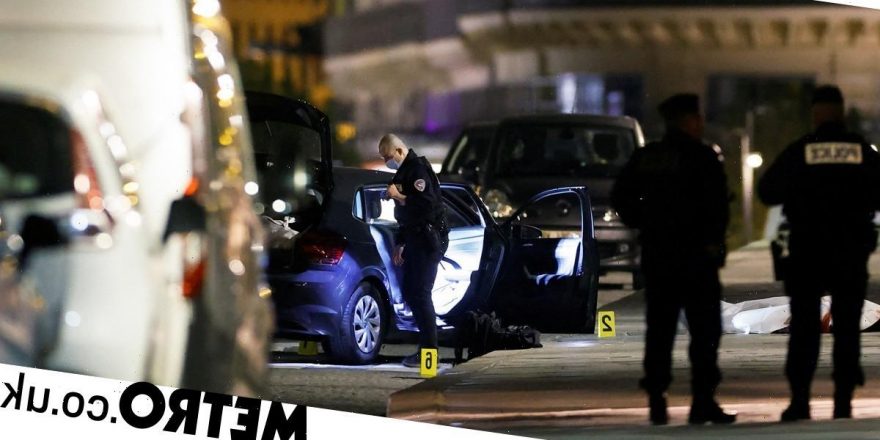 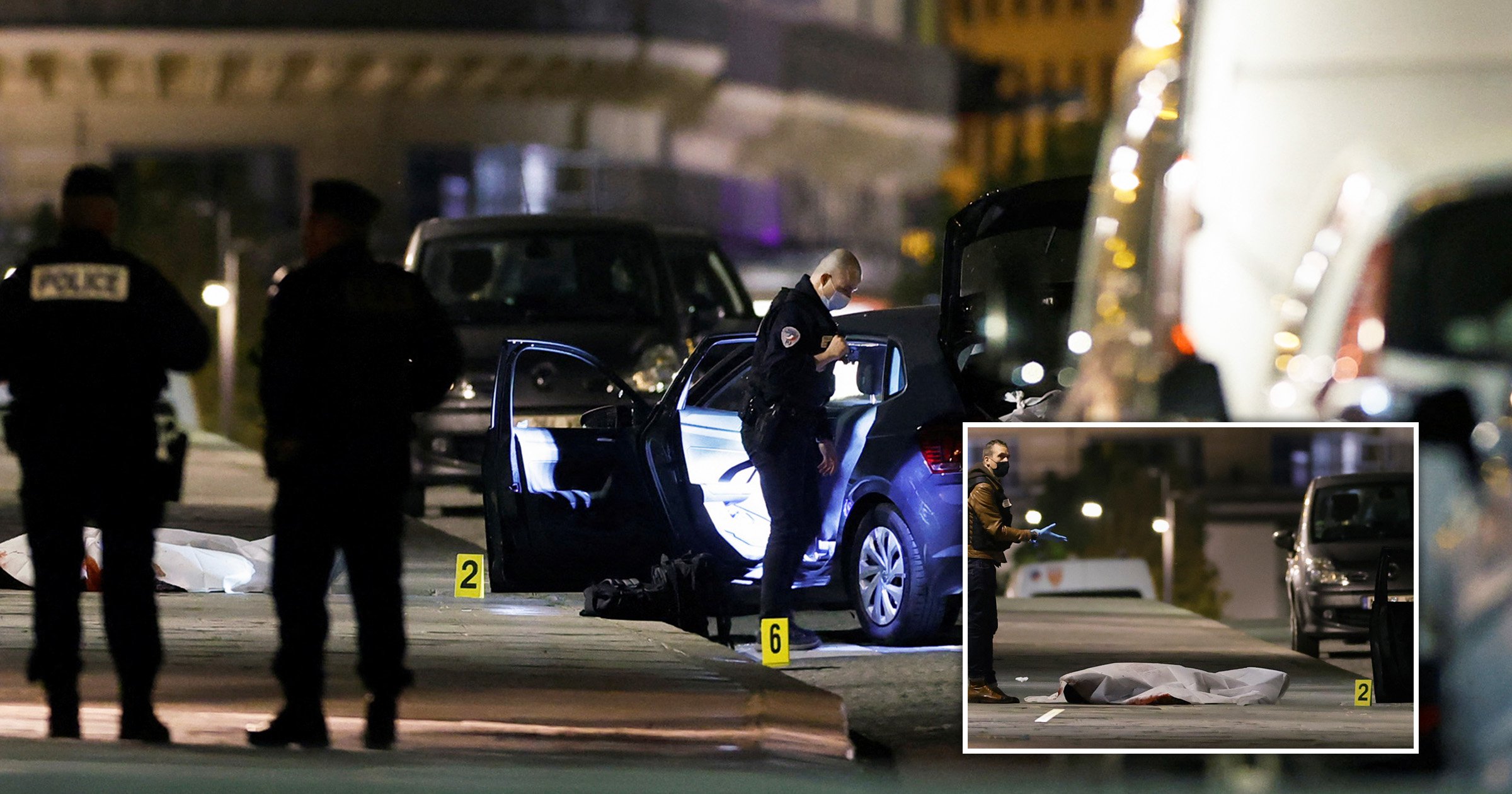 Two people have been shot dead by police in Paris, hours after President Emmanuel Macron’s re-election.

It is unclear if the incident in the centre of the French capital was linked to the Presidential election, but it came as riot police clashed with demonstrators unhappy with the result nearby.

Officers opened fire on a car that was hurtling towards them, killing two people inside on Paris’ oldest bridge, the Pont Neuf, a police source said.

The vehicle had refused to stop at a police checkpoint shortly after midnight.

A third person in the car was also injured, with pictures showing a large police presence in the heart of the capital, where white sheets covered the bodies and a Volkswagen sedan could be seen across traffic lanes.

An Egyptian tourist, who gave his name as El Sammak, said he was near the incident on the terrace of the White Horse Hotel overlooking the Seine when he heard the shooting.

‘I heard four bullets (being fired)’ he said.

‘When I looked, I saw a man running 10 or 15 metres. Then he collapsed. Apparently, he was not the driver but a passenger.’

An investigation has been launched for ‘attempted voluntary manslaughter on persons in charge of public authority’, with the Paris prosecutor arriving at around 1.30am.

France’s police oversight body, the General Inspectorate of the National Police, is also expected to look in to the incident.

Meanwhile, around just one mile away, President Macron was celebrating his victory over far-right rival Marine Le Pen, with a crowd of supporters on the Champ de Mars park.

His win closed out a tense contest that saw the French far right come the closest it ever has to winning the presidency.

But elsewhere, many were unhappy with the victory of Mr Macron, decried as a ‘President of the rich’ by his critics.

Earlier, a knifeman in Nice had ‘stabbed a priest 20 times and said he wanted to kill the President’.

Police sought to break up a crowd of mostly young people who had gathered in the central neighborhood of Chatelet to protest.

Macron won a second five-year term with relative ease, but the abstention rate was expected to settle at its highest since 1969, with a substantial chunk of voters unwilling to vote for either Mr Macron or Ms Le Pen.

Between the first round of voting and Sunday’s runoff, students protested outside the Sorbonne in Paris and other universities, expressing their disillusionment with the choice on offer.

Get in touch with our news team by emailing us at [email protected].