London: Prime Minister Boris Johnson has ordered a sweeping national lockdown after being told the second wave striking England is more severe than the government's worst-case scenario forecasts and could collapse the health system.

"Unless we act, we could see deaths in this country running at several thousand a day," Johnson said in a hastily convened press conference on Saturday night. "No responsible prime minister can ignore the message of those figures." 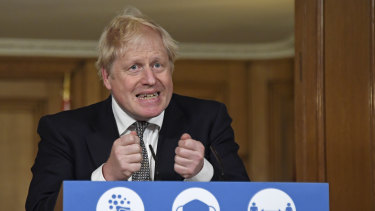 The government believes the disease could kill 85,000 people in Britain over winter – on top of the 60,000 who have died since the pandemic began earlier this year.

Schools in England will stay open during the month-long lockdown but restaurants, bars, cafes, non-essential stores and some offices will be closed.

People must stay at home unless they need to go to school or work, shop for basic food, provide care for a vulnerable person, or exercise.

Johnson has responsibility for England's strategy. Wales, Scotland and Northern Ireland run their own health and education systems and have imposed lockdowns.

Johnson had planned to make the announcement on Monday but rushed it forward to Saturday after a series of damaging overnight newspaper leaks caused confusion and anger.

The decision is a major U-turn by the Prime Minister and has damaged his standing inside the Conservative Party.

While Johnson has always reserved the right to impose tougher measures, he spent the past two months saying a second lockdown would be a "disaster" and inflict "misery" on the public.

The government's powerful Scientific Advisory Group on Emergencies (SAGE) urged him to authorise a two-week 'circuit-breaker' lockdown in September but the Prime Minister rejected the advice.

"We've had to listen to all kinds of scientific advice," Johnson said on Saturday. "But we also have to balance that scientific advice with the consequences on people's lives, their mental health and their livelihoods." 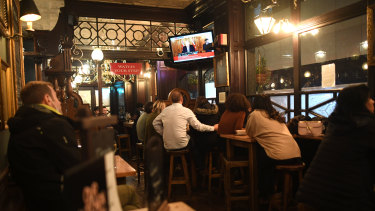 The worst-case scenario is not a forecast but is used by government officials and National Health Service managers to plan for the second wave.

Professor John Edmunds, an epidemiologist who sits on SAGE, warned the country should brace for a grim winter.

Experts say lockdowns are most effective when introduced early in the course of an outbreak.

Chancellor Angela Merkel announced a lockdown on Wednesday when the number of fortnightly infections there hit 195 per 100,000 people. The equivalent figure in the UK is 451.

"The idea there is a perfect time to act is a misapprehension," chief medical officer Chris Whitty said on Saturday.

The lockdown will be put to a vote in the House of Commons on Wednesday before coming into force on Thursday.

However, many Conservative MPs oppose lockdowns and may vote against the government. Johnson would be able to rely on support from Labour to get the plan through Parliament. Labour had urged Johnson to embrace a two-week lockdown earlier this month.

British media said backbenchers had gone "nuclear" about Johnson's decision and the anger inside the party was "volcanic".

Jeremy Hunt, the former health secretary and Johnson's rival in last year's Tory leadership contest, took a gentle swipe at the government's response to the crisis but backed the Prime Minister's decision.

"Many will debate whether we could have avoided getting to this point but in a pandemic I would rather a PM brave enough to change his mind than one who risks lives by sticking his head in the sand," he said.