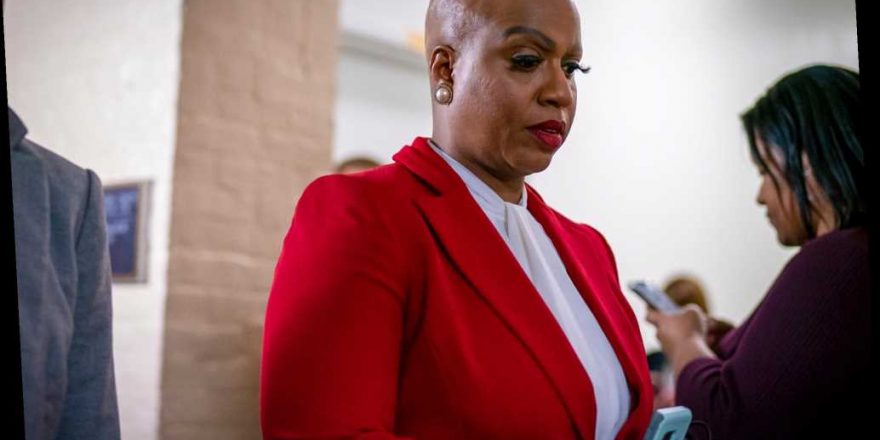 Items from Capitol riot will end up in the Smithsonian

Graham, Gaetz lash out at GOP colleagues over impeachment vote

When rioters stormed the US Capitol last week, Rep. Ayanna Pressley’s staffers discovered that panic buttons in the Massachusetts Democrat’s office had been torn out before the mob overran the building, according to a report.

“Every panic button in my office had been torn out — the whole unit,” Sarah Groh, Pressley’s chief of staff, told The Boston Globe.

Pressley — who has alopecia, an autoimmune disorder that puts her in the high-risk category for COVID-19 — is among the four Democratic pols in “The Squad,” which has incurred the wrath of President Trump and his supporters.

“I was deeply concerned,” Groh told the Globe about going to the Capitol on Jan. 6. “It felt like the heat was being turned up in terms of the rhetoric and Trump’s aims to incite violence.”

During the siege, staffers in Pressley’s office barricaded the entrance with furniture and water jugs that had piled up during the pandemic.

Groh pulled out gas masks and looked for the special panic buttons in the office, but realized they had been removed.

As they were escorted to various secure locations, Groh and Pressley and her husband tried to remain calm and vigilant — not only of the marauding masses but also of officers they did not know or trust, she said.

Groh added that it remained unclear why the panic buttons were not there when the rioters stormed in.