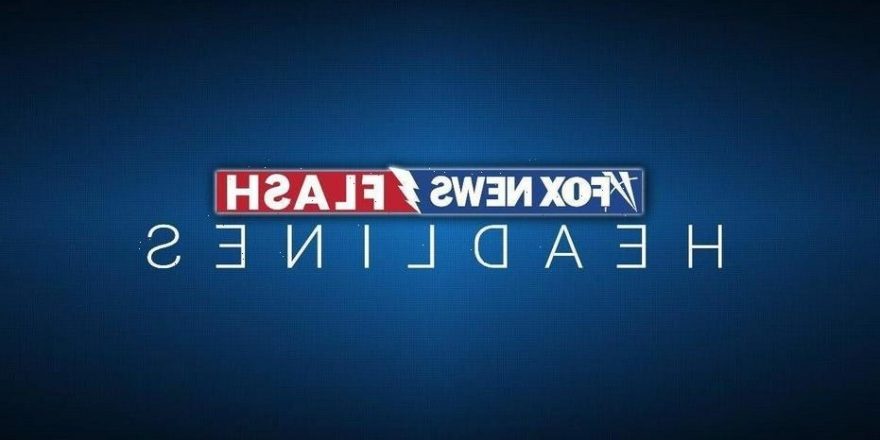 Pakistan Prime Minister Imran Khan was ousted as the country’s leader on Sunday in a vote of no-confidence after he faced allegations of economic mismanagement and weeks of political turmoil.

The combined opposition that spans the political spectrum from the left to the radically religious will form the new government, with the head of one of the largest parties, the Pakistani Muslim League, taking over as prime minister.

Opposition to Khan needed 172 votes from the 342 member assembly to oust him. 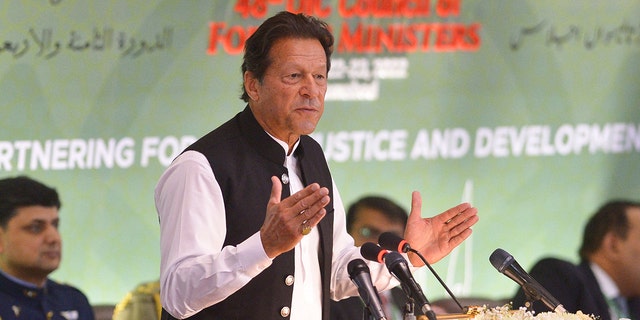 Pakistani Prime Minister Imran Khan speaks during the 48th session of the Organization of Islamic Cooperation Council of Foreign Ministers, in Islamabad on March 22, 2022.
(Farooq Naeem/AFP via Getty Images)

Anticipating his loss, Khan, who charged the opposition colluded with the United States to unseat him, has called on his supporters to stage rallies nationwide on Sunday. Khan’s options are limited and should he see a big turnout in his support, he may try to keep the momentum of street protests as a way to pressure Parliament to hold early elections.

Khan earlier had tried to sidestep the vote by dissolving Parliament and calling early elections but a Supreme Court ruling ordered the vote to go ahead. 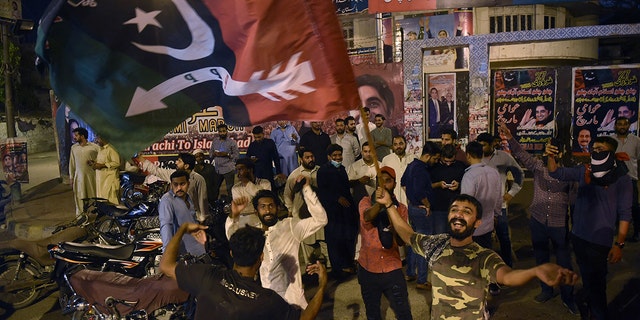 The opposition called for Khan’s ouster charging economic mismanagement as inflation soars and the Pakistani rupee plummets in value. The vote caps months of political turmoil and a constitutional crisis that required the Supreme Court to sort out.

In an impassioned speech Friday, Khan doubled down on his accusations that his opponents colluded with the United States to unseat him over his foreign policy choices, which often seemed to favor China and Russia and defied the U.S. 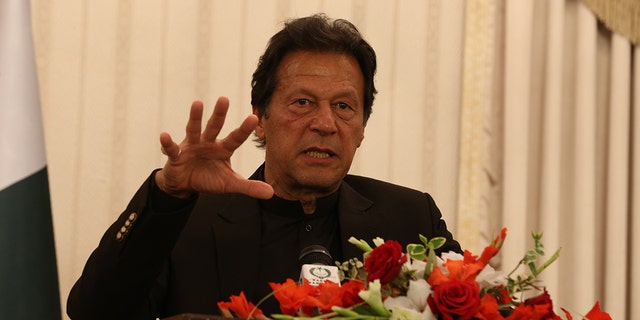 Khan said Washington opposed his Feb. 24 meeting with Russian President Vladimir Putin in the Kremlin hours after tanks rolled into Ukraine, launching a devastating war in the heart of Europe.

Ahead of the vote his lawmakers addressed Parliament to attack a letter Khan said told of a senior U.S. official, who was not named, who informed top Pakistani diplomats that Washington’s relations with Pakistan would improve if Khan was ousted. Human rights minister Shireen Mazari said the memo named Khan and said that if he was out of power “all would be forgiven.”

The U.S. State Department has denied any involvement in Pakistan’s internal politics. Deputy State Department spokeswoman Jalina Porter told reporters on Friday there was “absolutely no truth to these allegations.”