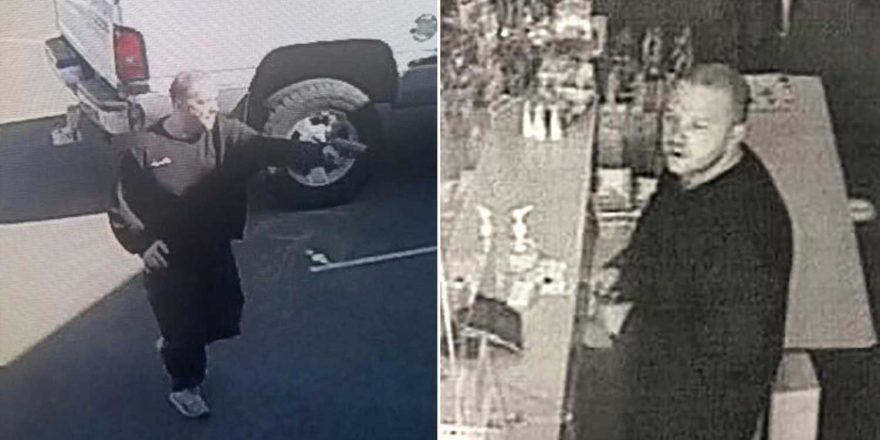 Law enforcement officials in rural Oregon have asked residents to shelter in place as they comb nearby woods for a “dangerous” suspect wanted in a triple homicide.

The unidentified man is suspected of running over two people near a casino Friday, killing one of them. His murderous rampage allegedly continued as he gunned down another victim inside a marijuana shop and killed a third person before stealing their truck, according to a report.

Police found the white Dodge truck Friday afternoon near the small community of Noti, on the state’s Route 126. The truck had been set on fire, said Coos County District Attorney Paul Frasier at a news conference Friday.

Frasier released images of the suspect taken from surveillance video at the cannabis shop and a sporting goods store where he stopped to buy more ammunition after the first shooting death.

Authorities said they have “a good idea” who the suspect is, but declined to release his name until he is positively identified. They urged residents of Lane County to remain in their homes while they continued their search of nearby forests, warning the community that they believe the suspect to be armed and dangerous.