One way Biden could cut inflation

President Trump left President Biden an interesting card to play: the tariffs Trump imposed on imports from China and several other places.

Biden has left most of those tariffs in place. But with inflation now sizzling at a four-decade high of 8.5%—and threatening to torpedo Biden’s presidency—those tariffs could serve as a release valve taking a bit of the sting out of rising prices.

The Peterson Institute for International Economics estimates that reducing a variety of import tariffs could lower inflation by 1 to 2 percentage points. That might sound small, but at a midpoint it would save the average household about $800 per year. It might also give Biden something he desperately needs: Tangible evidence he’s doing something about inflation, besides just talking about it.

Biden so far has blamed the rising price of gas and many other things on Russian President Vladimir Putin’s barbaric invasion of Ukraine. But only about one-third to one-fourth of the gas price hikes during the last 12 months came after the Russian invasion began on Feb. 24. Other Democrats blame greedy oil companies for jacking up oil and gas prices more than necessary. Economists, however, say inflation is a complex phenomenon with many causes, including supply chains still kinked from the COVID pandemic and an abrupt shift in consumer spending patterns. 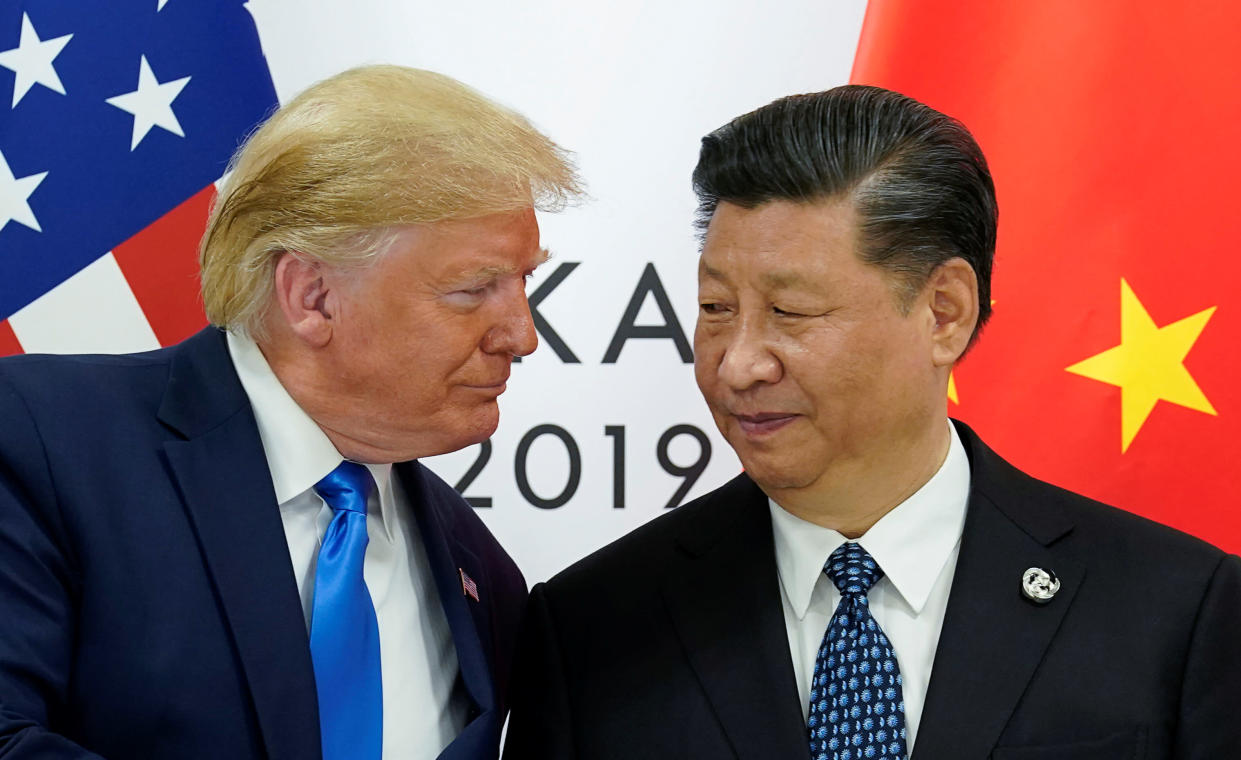 The Federal Reserve has finally begun to address inflation with a series of interest rate hikes that may or may not get the job done. There’s not normally much the U.S. president can do to rein in price hikes, as Richard Nixon, Gerald Ford and Jimmy Carter learned during the last big battle against inflation, in the 1970s.

But the Peterson research argues that tariff policy could give Biden something to work with. The United States imports about $2.8 trillion worth of goods per year. About half of that merchandise arrives with no tariffs, while the average tariff on Chinese imports rose to about 19% under Trump. The average tariff on all imports is about 6%.

The Peterson economists recommend lowering the average tariff by 2 percentage points, to about 4%. That, in turn, would eventually cut the inflation rate by 1.3 points. There are a variety of ways to do that. Biden could roll back all the Trump tariffs on Chinese imports, which would be a big move that could go most or all of the way toward that 2-point reduction. Or Biden could partially reduce the Trump China tariffs, while also lowering other tariffs or relaxing quotas that have the effect of pushing up prices. Biden could also relax “buy America” provisions that apply to federal contracting, allowing the government, for instance, to buy foreign products if they’re significantly cheaper than domestically made versions.

Lower tariffs would reduce U.S. inflation in two ways. They’d have a fairly quick direct effect by lowering the price consumers and businesses pay for the affected products. Cheaper imports would also bring down the cost of domestic products that compete with those foreign products, since buyers can substitute one for another, if it’s cheaper. If Biden wanted to get really aggressive, he could aim to cut average tariffs by more than 2 points, which would pull inflation down more.

But don’t expect Biden to pull this lever. Biden has loosened some of Trump’s trade restrictions, on Europe in particular. But he’s left the China measures in place while being vague about his overall approach toward China. Biden has broader foreign policy goals than Trump did, to include global warming, human rights and, now, China’s relations with a warmongering Russia. Biden may view the Trump China tariffs as leverage he can use on those issues, when the time comes.

Biden also wants to boost U.S. manufacturing, and making imports cheaper would undermine that goal. He counts labor unions as an important constituency, and unions have long called for higher tariffs on imports, not lower ones. Biden has offered some convoluted logic on this. He contends that more U.S. production will lower costs for Americans buying those products, since transportation costs will be lower and there are no tariffs on homemade goods. Yet the main reason much manufacturing moved offshore during the last 30 years is the dramatically lower cost of production. More U.S. production probably makes sense for items critical to the U.S. economy, but economists tend to think it would push prices higher, not lower.

Biden may end up putting his faith in the Fed and hoping other factors causing inflation break his way in coming months. It’s certainly plausible inflation may be peaking now and will moderate as COVID disruptions fade. The catch is that voters who associate Biden with high inflation might still feel alienated as it creeps down slowly and they never see Biden make a bold move meant to help.

Rick Newman is the author of four books, including "Rebounders: How Winners Pivot from Setback to Success.” Follow him on Twitter: @rickjnewman. You can also send confidential tips.