After two years of work, a bronze statue of former President Barack Obama was unveiled in South Dakota on Saturday afternoon.

The statue, sculpted by local artist James Van Nuys, is the latest addition to Rapid City’s City of Presidents, in which life-size replicas of each U.S. commander-in-chief dot the city’s historic downtown.

The statue shows Obama when he was first elected, waving and holding the hand of his youngest daughter, Sasha. 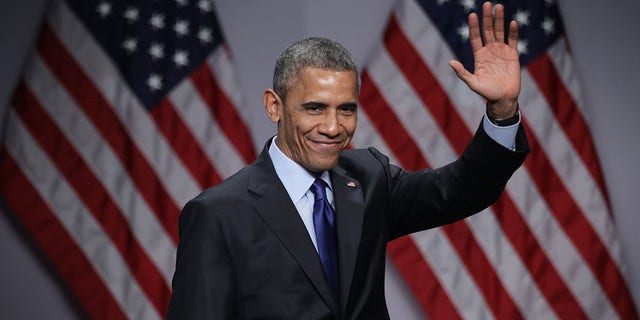 Another artist now plans to start sculpting a statue of President Trump.

The City of Presidents project started in 2000 and each statue’s placement is chosen to “eliminate any sense of favoritism or political gain.” The statues are all privately funded.

Report: Companies run by billionaires are better for investors