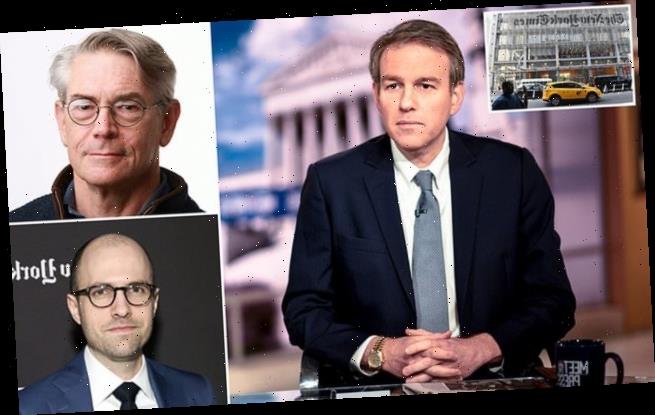 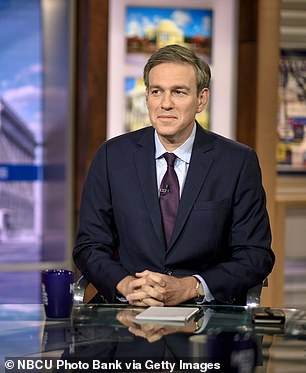 The New York Times has killed a column by Pulitzer-winning Bret Stephens, pictured, that took issue with paper’s handling of a star health reporter, who resigned after using the N-Word

The New York Times has killed a column by Bret Stephens that took issue with the paper’s handling of the resignation a star health reporter over his use of the N-Word.

Pulitzer-winning Stephens wrote to colleagues Thursday about his piece focusing on the Donald McNeil Jr. saga. He said: ‘If you’re wondering why it wasn’t in the paper, it’s because AG Sulzberger spiked it.’

The Times had initially allowed veteran journalist McNeil Jr. to keep his job after complaints he used the racial slur during a company funded school trip to Peru in 2019.

Management said last week it had conducted an investigation and decided not to fire him because they believed he showed ‘poor judgment’ but did not use the words with ‘hateful or malicious’ intent.

But McNeil Jr. was forced out after 150 Times employees out of 4,500 signed a letter saying they were ‘deeply disturbed’ by the paper’s handling of the incident. Out of those 4,500, only 1,600 are journalists.

Executive editor Dean Baquet and managing editor Joseph Kahn then said: ‘We do not tolerate racist language regardless of intent.’

Stephens had planned to question those comments by Baquet and Kahn in his column titled ‘Regardless of Intent’.

The conservative commentator had asked in the piece due to run Monday: ‘Do any of us want to live in a world, or work in a field, where intent is categorically ruled out as a mitigating factor? I hope not.’ 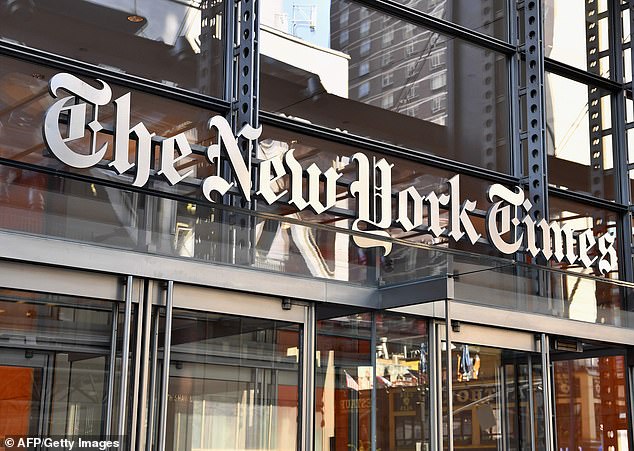 The Times had initially allowed veteran journalist McNeil Jr. to keep his jobafter complaints he used the racial slur during a company funded school trip to Peru in 2019.

He went on to a reference a Lee Atwater quote – which the paper has cited ‘at least seven times’ – that uses the racial slur, asking: ‘Is this now supposed to be a scandal?’

In the draft Stephens also wrote: ‘Every serious moral philosophy, every decent legal system, and every ethical organization cares deeply about intention.

‘It is the difference between murder and manslaughter. It is an aggravating or extenuating factor in judicial settings. It is a cardinal consideration in pardons (or at least it was until Donald Trump got in on the act). It’s an elementary aspect of parenting, friendship, courtship and marriage.

He added: ‘A hallmark of injustice is indifference to intention.’

Times Opinion editor Kathleen Kingsbury later told NBC it had been her decision to shelve the column after consultation with the publisher.

Kingsbury told the Daily Beast she ‘did not feel that this piece rose to her high bar’. DailyMail.com has contacted The New York Times for comment.

Editor Kingsbury said in a statement: ‘I have an especially high bar of running any column that could reflect badly on a colleague and I didn’t feel that this piece rose to that level.

‘Bret and I had a professional conversation to kill the column on Monday night and he expressed his disappointment and we moved on.’

Baquet on Thursday then walked back on his intent comments: ‘Of course intent matters when we are talking about language in journalism.’

He added: ‘In our zeal to make a powerful statement about our workplace culture, we hamhandedly said something that some of you saw as threatening to our journalism.’

Baquet confirmed the N-word will continue to appear in the Times but should not be ‘used for effect’.

He added: ‘The author and his purpose also matter, the moment matters. The slur we’ve been discussing is a vile one. I’ve been called it. But it appears in our pages and it will no doubt appear in our pages again.’

The resignation of McNeil and the handling of the allegations against has sparked chaos in the NYT newsroom.

One reporter told Vanity Fair: ‘The McNeil thing is the most explosive scandal I’ve seen at the paper. It’s chaos.’ 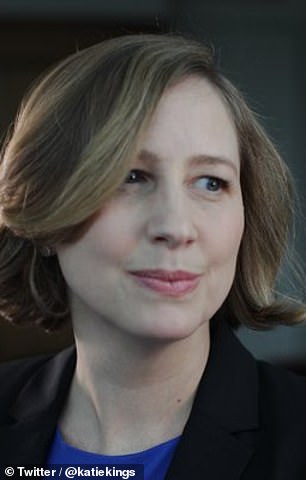 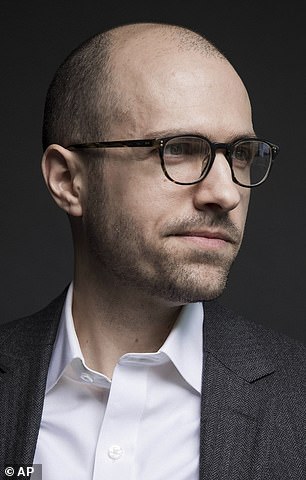 Stephens told colleagues AG Sulzberger, right, ‘spiked’ his column. Times Opinion editor Kathleen Kingsbury, left, later said it had been her decision explaining she ‘did not feel that this piece rose to her high bar’ 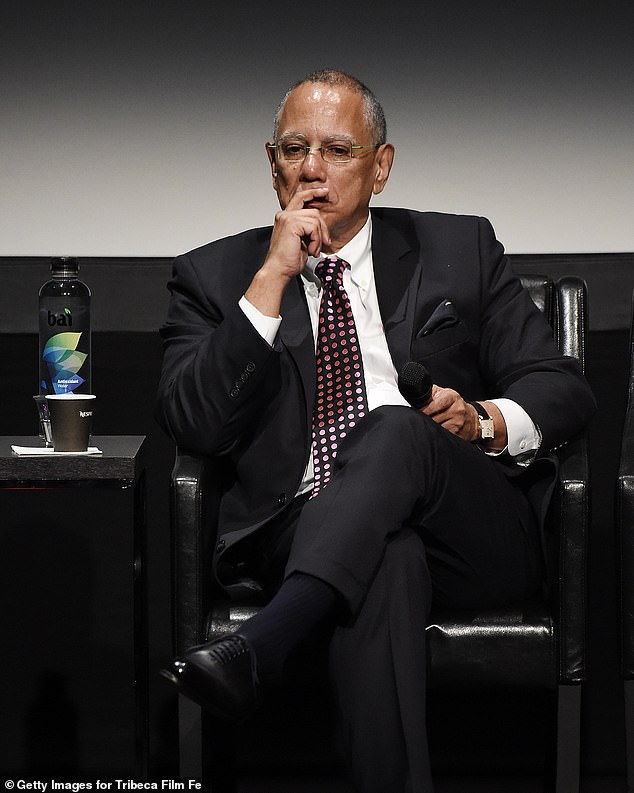 Executive Editor of New York Times Dean Baquet is pictured. Baquet and managing editor Joseph Kahn had said: ‘We do not tolerate racist language regardless of intent.’

Writers and staff have been engaged in a battle in a private Facebook group and on Twitter with McNeil’s supporters saying management were ‘bullied by a vocal minority’ and he should have been given the ‘benefit of the doubt’.

Former Times labor correspondent Steven Greenhouse hit out at those ‘far more willing to sympathize with these privileged 15- and 16-year-olds than with a long time colleague’ while others said his career shouldn’t have ended over ‘one word’.

Times crossword columnist Deb Amlen hit back at Greenhouse in the Facebook group, writing: ‘Why is it that the focus in discussions like this almost always [is] on ruining the perpetrator’s life, and not those who were harmed by [his actions].’

Times Magazine contributor Robert Worth said leadership at the paper ‘make a decision’ and are ‘then are bullied by a vocal minority into changing their minds’, adding: ‘This is not the NYT I know.’ 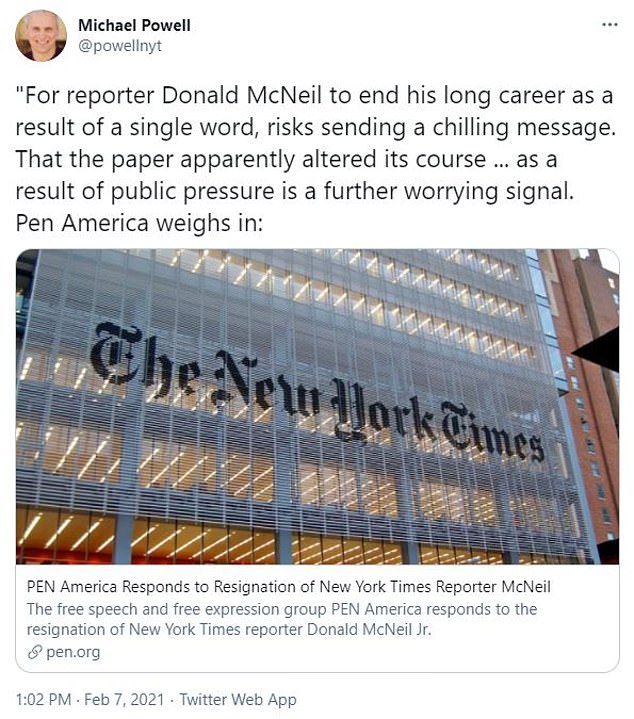 The row between NYT staffers then spilled onto Twitter, above

Scandals that rocked the New York Times in 2020

Bennet, who had revealed in a meeting that he had not read Cotton’s piece before it was posted online, had defended it following the initial protests, saying it was important to hear from all points of view.

Yet more than 800 staff members signed a letter protesting its publication.

Bennet then resigned from his position after the Times disowned the incendiary opinion piece.

Following a review, the newspaper said Cotton’s piece should not have been published, at least not without substantial revisions.

July 14: One of Bennett’s hires, conservative opinion editor writer Bari Weiss, announced she had quit in a scathing letter that slammed the newspaper for fostering an ‘illiberal environment’ that allowed her to be bullied by coworkers.

Weiss, who joined the Times in 2017, said the paper of record was among the media institutions now betraying their standards and losing sight of their principles as she accused them of only publishing stories that ‘satisfy the narrowest of audiences’.

In her lengthy resignation letter addressed to publisher A.G. Sulzberger, Weiss claimed that intellectual curiosity and risk-taking was now a ‘liability’ at the Times.

The controversial editor and writer said the opinions of those on Twitter had become the newspaper’s ‘ultimate editor’.

Weiss also accused the outlet of creating a ‘hostile work environment’ for employees that essentially had anything other than left-of-center views.

She says this mentality resulted in her being constantly bullied by coworkers who have called her a ‘Nazi and a racist’ because of her ‘own forays into wrongthink’.

Staffers had previously called for Weiss to be fired after her tweets regarding the Tom Cotton scandal.

Trump was asked about instructors using the project, named after the year the first ship with African slaves arrived in the U.S., to teach slavery in America and whether he wanted the subject to be taught.

‘We grew up with a certain history and now they’re trying to change our history. Revisionist history,’ Trump claimed.

Senator Cotton was also caught up in this incident, introducing legislation that would ban schools from teaching the curriculum through the Saving American History Act of 2020.

The row between NYT staffers spilled onto Twitter after reporter Michael Powell tweeted a statement from free speech group PEN which read: ‘For reporter Donald McNeil Jr. to end his long career as a result of a single word, risks sending a chilling message.

‘That the paper apparently altered its course … as a result of public pressure is a further worrying signal.’

‘It’s disheartening that a colleague I’ve worked with & respected would tweet this & speaks to how isolating it is to be Black at a mainstream news org.

‘You often wonder what your white colleagues who are lovely to your face are actually thinking or saying about you — or people like you — behind your back.’

In a letter to staff Friday, Donald McNeil Jr. announced he was standing down from the paper after 45 years saying he ‘originally thought the context in which I used this ugly word could be defended’ but now realized ‘it cannot.’

The Times has been rocked by a number of scandals of late. The same day McNeil Jr. resigned, audio producer Andy Mills also announced he had left the paper in the midst of sexual harassment claims and the Caliphate podcast embarrassment.

The week before the allegations surfaced against McNeil Jr., it emerged the Times had ended the contract of editor Lauren Wolfe following a tweet about Joe Biden’s inauguration.

Wolfe, who joined the paper last May, had tweeted days earlier that she had ‘chills’ watching Biden’s plane landing at Andrew Air Force Base shortly before his inauguration.

‘Biden landing at Joint Base Andrews now. I have chills,’ she posted.

McNeil Jr. broke his silence over the 2019 incident in an email to the Times staff Friday announcing his exit where he issued an apology to both his colleagues and the students on the trip.

‘I should not have done that,’ he said. ‘Originally, I thought the context in which I used this ugly word could be defended. I now realize that it cannot.’

McNeil Jr. admitted his use of the racial slur was ‘deeply offensive and hurtful’ and that his initial thoughts he could defend his actions also showed ‘extraordinarily bad judgement.’

The veteran journalist described the 2019 incident saying he said the N-word when asked by one of the students whether he believed a classmate should be suspended for using the racist slur.

‘On a 2019 New York Times trip to Peru for high school students, I was asked at dinner by a student whether I thought a classmate of hers should have been suspended for a video she had made as a 12-year-old in which she used a racial slur,’ he said, according to the Washington Post which obtained a copy of the note.

‘To understand what was in the video, I asked if she had called someone else the slur or whether she was rapping or quoting a book title. In asking the question, I used the slur itself.’

He extended his ‘sincerest apology’ to the students on the trip as well as his colleagues who he said he ‘let down.’

‘For offending my colleagues – and for anything I’ve done to hurt The Times, which is an institution I love and whose mission I believe in and try to serve – I am sorry.