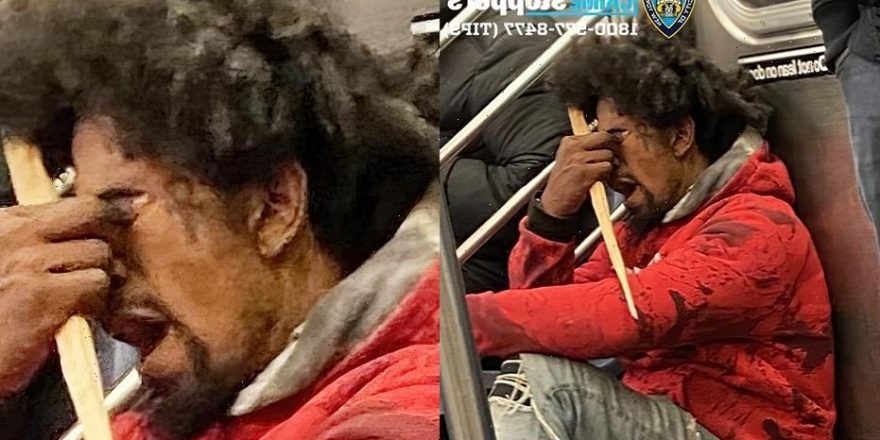 Crime has continued to impact the streets of New York City as the holiday season kicks into full swing.

There were also five homicides reported over the weekend compared to zero reported during the same period in 2020, according to police statistics.

Other crimes that occurred over the weekend included a street vendor who was stabbed in the thigh during a robbery that took place around 7 p.m. Sunday in Midtown Manhattan’s Theater District, police said.

“I see some people run. He come back from here, blood come from his body, a lot of blood coming,” witness Khaled Eid told WCBS-TV.

The victim was treated at a hospital and was expected to survive, the station reported. Police were still searching for the suspect.

Residents of the Big Apple recently reported a bevy of other incidents, which included a man who threatened to kill a subway rider while wielding what police called “wooden daggers,” and another man who brandished a sword in the hallway of an apartment building. 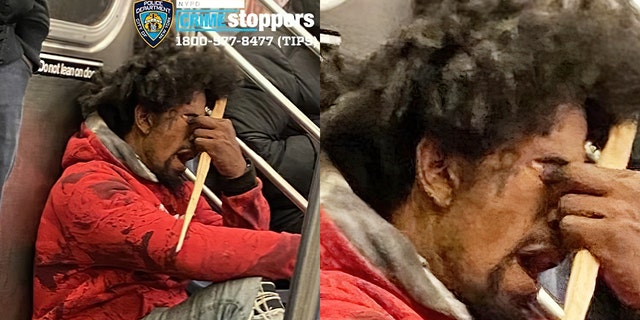 NYPD detectives on Monday were searching for a man who brandished wooded daggers and threatened to kill a woman while on the subway. Police said the suspect has a tattoo on his face.
(NYPD)

Police on Monday said detectives were searching for the man seen wielding the wooden spikes. He was riding on a 4 train at the 59th Street subway station in Manhattan on Nov. 29 when he made derogatory statements at a 46-year-old woman and threatened to kill her, police said.

Meanwhile, residents of a New York City Housing Authority building in Manhattan reported to police that a man was seen wandering the hallways last week with what appeared to be a long sword.

Police were called to the scene, but no arrests were made, WABC-TV reported. 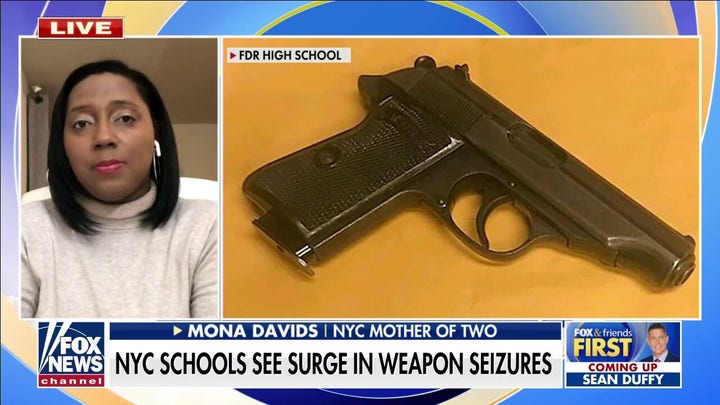 Tenants told the station that they’ve had issues with homeless people walking in and living in the stairwells because the building’s front door won’t lock.

On Sunday, police announced the arrest of a man who had attempted to rape a woman on the subway in Queens on Dec. 1, FOX5 New York reported.

Tyrone Brown, 38, was arrested in connection to the attack on a 30-year-old woman who was walking up a stairwell to exit the subway station, police said.

Brown allegedly grabbed underneath the woman’s skirt and pulled down her tights before attempting to rape her, according to police. The suspect ran away when a passerby spotted him.